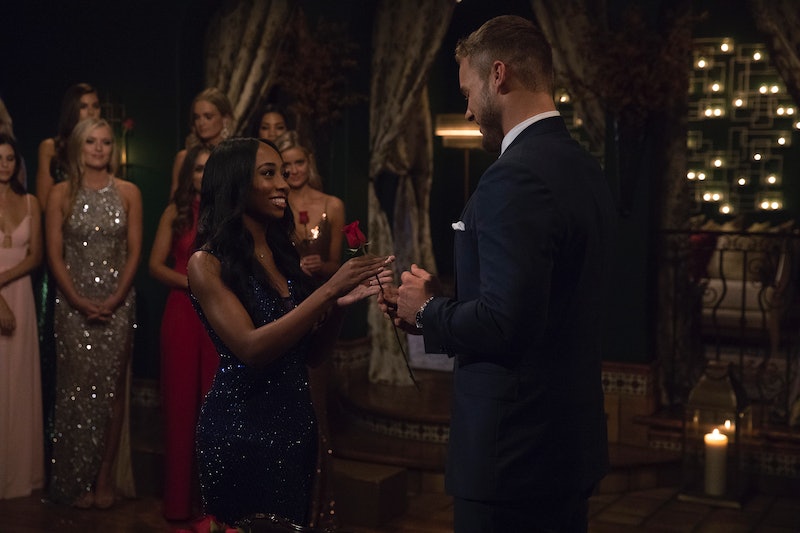 Now that Bachelor season is in full swing, it’s time to dive deeper into who Colton Underwood’s contestants truly are. The first women who weren’t meant for love this year have been sent home, and now we’re starting to see who might be the likely frontrunners. Naturally, in this spirit, social media interest in all of these women is at an all-time high. Let’s take a look at the Instagram of Courtney from The Bachelor — she hasn’t exactly been at the forefront of the show, but so far she’s appeared to be a reasonable, low-key choice that just might catch Colton’s eye.

The first thing you’ll learn when visiting Courtney’s IG is that she’s an incredibly impressive entrepreneur. Her bio reveals that at the young age of 23, she already has her own business. According to the website she links, Creating Court, LLC is how Courtney “operates her digital media design agency, Creating Court, her blog CreatingCourt.com that receives 3,000+ monthly views from men and women across the globe, and Cooking with Court, a catering company serving the metro Atlanta area.” Talk about impressive. She’s even got a dedicated Instagram page to display all her culinary creations, and it’ll give you serious envy and inspiration.

There’s pasta, seafood, lamb, rice, breakfast, and pies galore! Colton would certainly never go hungry if he and Courtney end up together at the end of the season. Cooking With Court's page on her site shows that she specializes in southern food — Cajun shrimp and grits, crab stuffed salmon, jerk shrimp pasta, New Orleans gumbo, and more. Will she be cooking dinners at the Bachelor Mansion? I hope so.

Back on Courtney’s main page, she shows what she’s up to when she’s not cooking up a storm in the kitchen and furthering her businesswoman goals. She eats pretty deliciously monstrous ice cream sundaes, attends sporting events with her friends, and like many of the other girls on the show, does some seriously beautiful modeling.

She’s celebrated International Women’s Day with photos of herself and her female friends, and posted memorial photos of a sweet pupper she lost years ago. Courtney is always celebrating those she loves, and also poking fun at herself and her time on The Bachelor. Her Instagram feed basically radiates joy, confidence, and excitement for life, and that’s always great to see. Though social media admittedly offers a carefully curated, not always authentic view of a person’s life, Courtney’s presence feels real and relatable at first glance, and that’s what everyone wants in an awesome Bachelor contestant.

Courtney's Bachelor bio, linked above, reveals a few other fun facts about her life. She was born in Wiesbaden, Germany, but was raised in McDonough, Georgia and has four younger siblings. Part of her culinary expertise involves "crafting healthy meal plans for athletes." Courtney also said her most embarrassing moment was tripping onstage during her graduation, she has a wedding Pinterest board (who among us does not?) and is very afraid of reptiles!

Courtney certainly seems like a contestant who could stay out of drama and fly under the radar, making it further and further into the competition. We're only at Week 4, though, so there's no telling what could happen. But no matter who she's cooking for at the end of this journey, Courtney likely has a promising career ahead of her.

More like this
Wait, Is Maya Jama Confirmed To Host 'Love Island'?
By Sophie McEvoy
Every Celebrity From 'The Masked Singer' Season 8 Revealed Or Rumored So Far
By Gretchen Smail and Brad Witter
'Survivor' Host Jeff Probst's Salary Per Season After 22 Years Is The Real Winner
By Hugh McIntyre
You Can “Fall In Love” At The Resort Where Bachelor In Paradise Season 8 Was Filmed
By Brad Witter
Get Even More From Bustle — Sign Up For The Newsletter