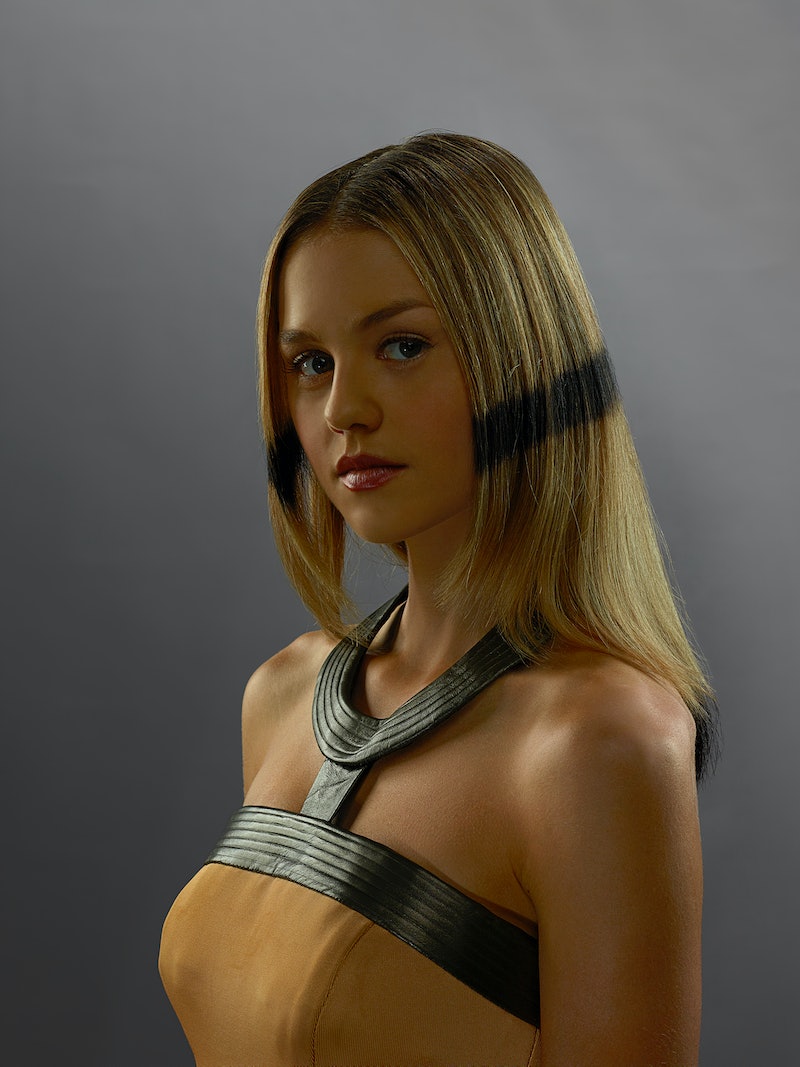 When Marvel’s Inhumans premieres Sept. 29, TV watchers who tune in will be introduced to yet another super-heroic team, including Isabelle Cornish's character, Crystal. What are Crystal’s powers on Inhumans? She's a vital and extraordinary member of the family with one incredible pet.

Inhumans themselves are related to humanity – but different. Genetically altered in the ancient past by the Kree (an advanced alien race), Inhumans exhibit greater intelligence, longer lifespans and other advantages over humans. More than just those advantages though, Inhumans can also gain further, unique, personal powers through inhaling what are called “Terrigen Mists.”

Crystal is a member of the Inhumans Royal Family, which also includes Black Bolt (king), Medusa (queen), Lockjaw, Maximus, and more. Not only is she a member, but she is also a princess and Medusa’s sister. Like they did her sister, the Terrigen Mists process of Terrigenesis gave Crystal immense powers — arguably, more powerful ones than Medusa's. While Medusa has, for lack of a better word, super-hair, Crystal has power over the four elements: air, water, fire, and earth, to use at her will. So she’ll be just like Avatar the Last Airbender, minus the bald look.

Cornish, an Australian actress, was known primarily for her roles on Puberty Blues (2012) and Australia Day (2017), before landing her role as Crystal on Inhumans. When speaking to press at San Diego Comic-Con, she said that that it felt natural for her to play Crystal. “I just really loved my character," she said. "I loved my audition scene. I just felt a very strong connection with her."

In various comic story arcs Crystal has been in relationships with Human Torch (from Fantastic Four) and Quicksilver (from X-men). She even ends up becoming a mother in one series, having a child named Luna, with Quicksilver. In this new television series, though, fans are seeing a younger version of Crystal’s character and to Cornish, that makes her an interesting character to watch. “Crystal is the youngest member of the royal family, she is coming of age, growing up … [it] deals with becoming a woman," she told Marvel Entertainment. "It’s so relatable, and for me in my own life, and for other fans to relate to.”

Connections and relationships seem to be a recurring theme with her character. In the comics, often her romantic relationships are highlighted. But, in the television series, her familial relationships are seemingly going to take center stage. Even on the official ABC website, her bio speaks almost more to her relationships than it does her own personality. “Impetuous and independent, she is also deeply devoted to her family," her bio reads. So, while it’s clear relationships are important to Crystal, one may stand out more than the rest, and that’s her relationship with her super-powered pup, Lockjaw.

Despite not being a humanoid, Lockjaw is lumped in with the Inhumans and just like the rest of them got his powers — namely, the ability to teleport himself and others — from the Terrigen Mists. He and Crystal have a close bond with her being primarily responsible for him. In an interview with That Hashtag Show, Cornish asserted that, despite Lockjaw being a giant-teleporting-dog, her relationship with him is similar to anyone else’s with a pet they love. “It’s great for Crystal to have Lockjaw, and I think girls will appreciate that, and relate to that, because an animal is a person’s best friend," she said. "So we have a great relationship.”

Crystal is certainly a team player, and a character who obviously puts a high value on her relationships with others. Hopefully, on Inhumans, she’ll be able to stand on her own too.