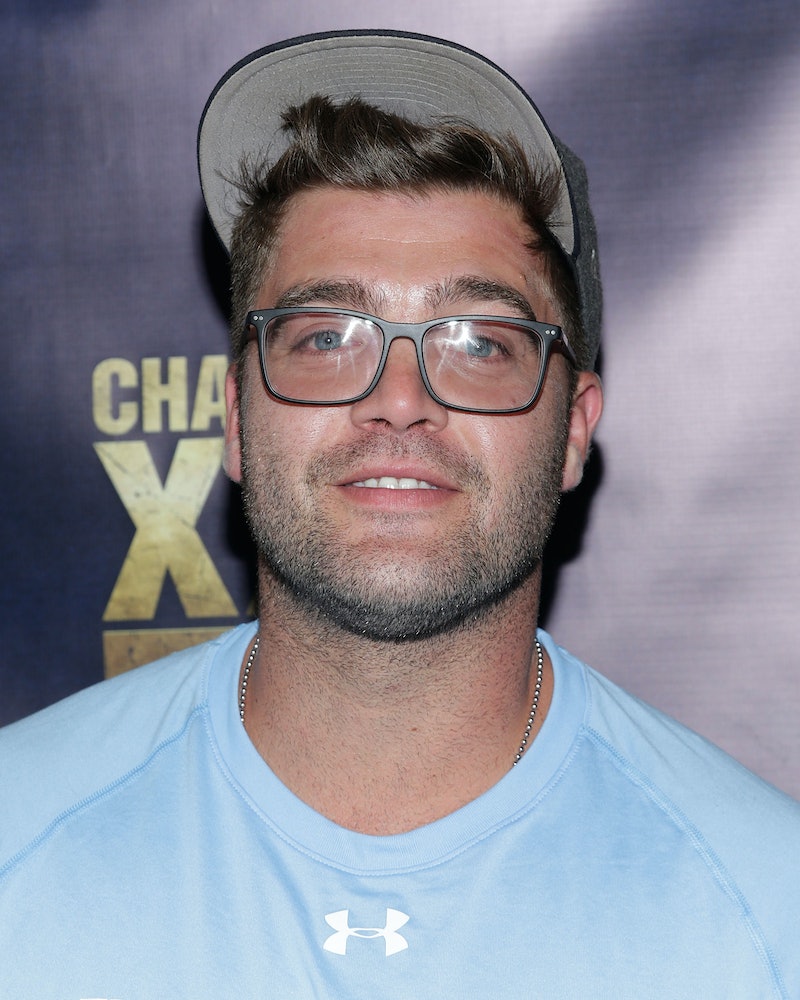 In The Challenge's 32 seasons, there's only one cast member who's had the distinct honor of landing his own solo spinoff special: CT Tamburello. In a recent interview with Bustle, CT discusses his experiences on The Challenge and how he's tried to stay humble throughout his time of the show. Oh, and he also spills why he decided to open up even more with fans during his two-part wedding special The Challenge: CT's Getting Married, which aired on Dec. 11 and Dec. 18.

Even though fans may view CT as an iconic cast member, he makes it a point to remain modest about his reality TV fame. And one way he keeps himself in check is actually through Instagram, where his handle is @_famous4nothing. Yes, he's one of the most well-known faces of the MTV franchise, yet that is his username. That may be pretty surprising at first, but when CT describes his mindset, the name makes a lot of sense.

"The phrase 'famous for nothing' kind of keeps you humble," CT explains. "I got lucky. I thought I won a lottery to get a free trip when I was cast for Real World. I never thought my 15 minutes would transform into what it has."

The reality TV veteran admits he wasn't even sure initially if he should film the special. "I’ve been participating in the seasons for so long that I feel like I have a different appreciation for privacy than a lot of my peers, especially the most recent cast members," he says, adding that his now-wife Lili Solares "didn't want anything to do with TV" at first.

But as it turns out, CT thinks his wife is exactly why people would want to tune in. "We wanted to show everybody that I’m happy, how proud we are of our relationship, and introduce everybody to Lili," he says.

While the special became the first time The Challenge viewers could get to know the new Mrs. Tamburello, it also doubled as an opportunity to see a different side of CT. Sure, fans have watched CT transform from the person most likely to get eliminated for fighting to a dominant Challenge champion on the show, but this special let everyone into his life as a family man.

As for this journey, he says, "I've grown up and now I'm a father and husband. I am very thankful to have these opportunities and to have enough people who care."

And yes, there are plenty of fans who are invested in CT's life. "When someone comes up to me, starts talking, and they’re like, ‘Wait, you don’t know me,’ it’s just surreal and very flattering that they are so comfortable talking to me," he says.

But still, he's not trying to let that get to his head. "I feel like I need to change my Twitter handle, since it’s @TheOfficial_CT, it’s like, ‘Oh, you’re fancy, huh? Are you a big shot?’" he jokes.

Paradoxically, it's CT's refusal to admit that he is a big deal in the Challenge franchise that has garnered him respect from both his fellow competitors and fans. Many Challengers have come and gone throughout the years, and viewers usually don't get to see all of their favorites' lives progress after the series.

CT is a rarity, not just for how long he's been a part of this show, but because he's shared his journey with the world. Longtime fans have seen him struggle, triumph, and ultimately grow into the now-married man that he's proud to be.