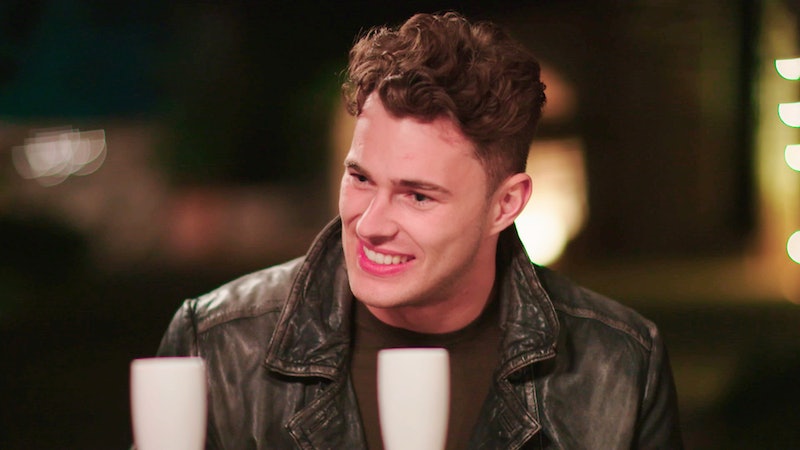 The Love Island 2019 cast are so far thriving in the outside world. There's Maura, who is the new agony aunt for This Morning, then there's Ovie, who is one of the channel's new chefs. And, as for Curtis Pritchard? Well, he has just announced that he's landed an exciting new dancing gig on TV. Yep, the news that Curtis Pritchard is joining The Greatest Dancer has been going viral, and the islander himself sounds rather excited.

The dancing pro and Love Island alumni revealed his big CV update on the Scott Mills show, detailing that his role will be to meet the dancing hopefuls in the studio as they arrive for their auditions.

In a statement, Pritchard certainly sounded excited for his new role on the BBC One show, explaining: "To have left the Love Island villa just 10 days ago and to be so quickly given an opportunity to be a part of a show as amazing as The Greatest Dancer is a dream come true!"

He continued: "When I got the call I was so honoured to even be considered for this, so the fact it's happening I can't quite believe! Dance is my passion and I can't wait to meet all the contestants in the new revamped reception area."

Although the star is ultra-recognisable right now, we have to remember that he was already a professional ballroom and latin dancer prior to his eight-week stint on our TVs this summer. While Curtis' brother AJ is currently a professional dancer on Strictly Come Dancing, Curtis has starred in Ireland's equivalent, Dancing With The Stars.

Although this is a pretty major new job for Curtis, it's not the only one he's scooped up since leaving the Love Island villa. The dancer has already accepted a role as a dance coach as guest judge, alongside his brother AJ, on none other than RuPaul's Drag Race UK.

Reacting to the news, Curtis said: “I jump at the chance of working with my brother anytime anything together comes up,” he said in a statement. “So doing that and being asked to be part of something so iconic was a yes from me!”

The pair will presumably be sharing their dancing expertise with the drag queens, and will be joined by Grammy-award-winning MNEK, who will help the queens with their singing.

As if RuPaul's Drag Race and The Greatest Dancer are not enough, Curtis is also set to appear in Panto this year. He allegedly signed the deal prior to entering the Love Island villa, and will play Dick Whittington on stage at Wycombe Swan Theatre in High Wycombe this festive season.

“I’m so happy to be making my professional pantomime debut this year, and am delighted to be part of such an important part of so many families' Christmases," Curtis said of the role.

One thing's for sure: Curtis is going to be one very busy bee this year.