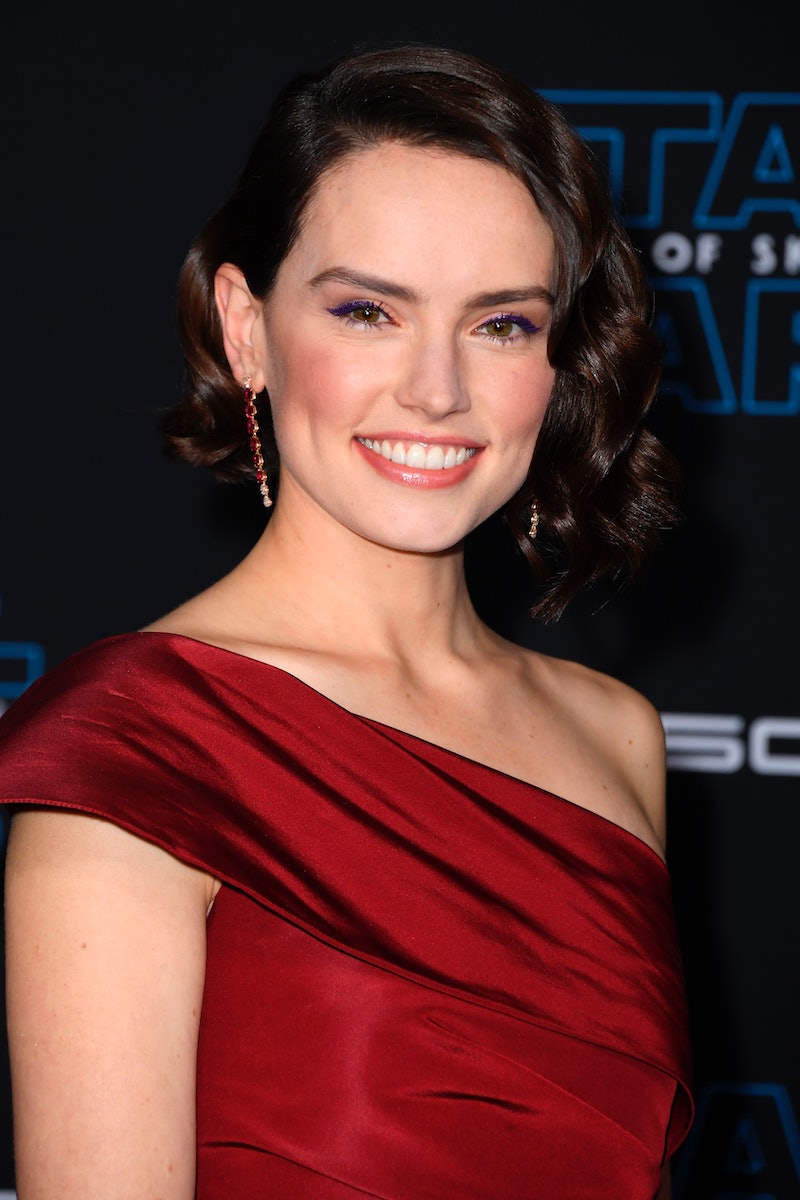 While it's true that all good things must come to an end, that doesn't make saying goodbye any less difficult. Such is the case for the Star Wars cast, who have now wrapped their final installment in the franchise. And while all of them undoubtedly had their own way of coping with their emotions, Friends helped Daisy Ridley say goodbye to Star Wars when she couldn't stop crying after watching the final film, The Rise of Skywalker.

"I had to watch some Friends to wind down," Ridley explained to Entertainment Tonight, when asked how watching the final installment made her feel. But Ridley wasn't the only one who had a hard time grasping the fact that their time as a Star Wars family has come to an end. "We all sort of sat around a bit stunned," Ridley recalled. "And then I was trying to scurry off into the car to cry and [producer] Michelle Rejwan and [screenwriter] Chris Terrio were like, 'No, go on.' I was like, 'I don't want to cry in front of you! I just want to get in the car.'"

It makes sense then why she wanted to turn to Friends as a source of comfort, not only to add some much-needed comedy to her day, but also due to the fact that those six characters also have firsthand experience of dealing with the end of an era.

Despite some of the notable flaws that the show has (and it does have a few!), Friends really does have some very relatable moments that can easily be translated to real-world situations. Ridley didn't go into details about which Friends episodes she watched during this rough and emotional point in her life (though the "end of an era" one would've been perfect), it doesn't ultimately matter. Friends did what it was meant to do — provide a few laughs and be a source of comfort when viewers need it most. Even badass Jedis.

Despite having an emotional end to her Star Wars journey, Ridley has still been able to hang out with her costars throughout their various press tours. In fact, during a recent appearance on Jimmy Kimmel Live!, the cast — which included Ridley, John Boyega, Oscar Isaac, Billy Dee Williams, Anthony Daniels, Kerri Russell, Kelly Marie Tran, and Naomi Ackie — all had a blast facing off in a Family Feud-style game.

So regardless of where life takes them after this, it's clear that this particular group of friends will always be there for each other.

More like this
'Friends' Star Maggie Wheeler Offers Support To Matthew Perry After Reading His Memoir
By Alyssa Lapid
Anne Hathaway Shared A "Thrilling" 'Princess Diaries 3' Update
By Darshita Goyal
'The Queen’s Gambit' Season 2 Tweet Wasn’t From Anya Taylor-Joy
By Mary Kate McGrath, Jack Irvin and Grace Wehniainen
At 28, Rosie Perez Risked Her Career To Stop Playing Stereotypes
By Gabrielle Bondi
Get Even More From Bustle — Sign Up For The Newsletter
From hair trends to relationship advice, our daily newsletter has everything you need to sound like a person who’s on TikTok, even if you aren’t.