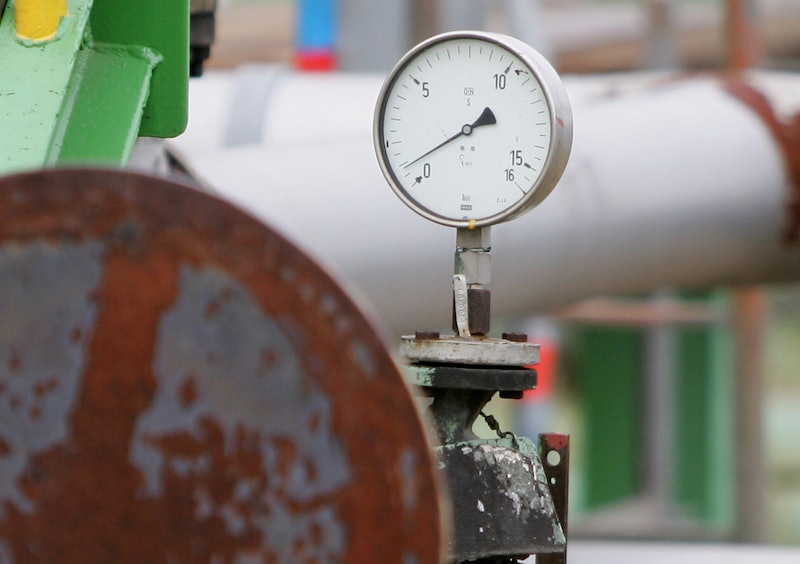 In a statement released on Feb. 7, the Department of the Army announced that they have completed their environmental impact review of the Dakota Access Pipeline, and are granting easement requests to continue the pipeline as originally planned and complete its construction.

Just a few days after taking office, President Donald Trump signed a memo intended to expedite DAPL construction along with the Keystone XL Pipeline that Barack Obama rejected in 2015. According to a letter sent to Rep. Raul Grijalva, a member of the House National Resources Committee, announcing the easement decision, Army official Paul Cramer described Trump's role in the completion of the pipeline:

Consistent with the direction in "Presidential Memorandum Regarding Construction of the Dakota Access Pipeline" dated January 24, 2017, the U.S. Army Corps of Engineers intends to waive its policy to wait 14 days after Congressional notification before granting an easement.

The environmental impact statement, ordered by the Army Corps of Engineers in Dec. 2016 following massive protests and environmental concerns from the Standing Rock Sioux tribe and their supporters, has reportedly been cancelled by the Army. The Army's move to cancel the statement will end the public comment period about the pipeline, which was scheduled to continue until Feb. 20. Bustle has reached out to the Army for comment regarding their decision to terminate the environmental impact report.

Despite the Obama administration's stance in favor of Standing Rock protesters and indigenous rights activists concerned about what the pipeline may do to the tribe's water supply, Trump's election was heralded as a win for the oil industry by people who work inside it. Kelcy Warren, the CEO of Energy Transfer Partners (the company funding the pipeline), discussed the implications of Trump's win for the industry:

I'm 100 percent sure that the pipeline will be approved by a Trump administration. I believe we will have a government in place that believes in energy infrastructure.

As news of the issue spread, the Standing Rock protests went viral, and celebrities such as Divergent star Shailene Woodley and Green Party candidate Jill Stein soon joined in. The popular movement surrounding the "Water Protectors" (as Standing Rock protesters called themselves) culminated in the decision to deny Energy Transfer's permit to drill under Lake Oahe, which was heralded as a win by protesters. The day after the announcement, however, Trump came out in support of the DAPL and said he intended to see its completion once he took office.

Easement under Lake Oahe could begin as soon as 24 hours after the announcement, meaning that the Dakota Access pipeline will continue on its original course.