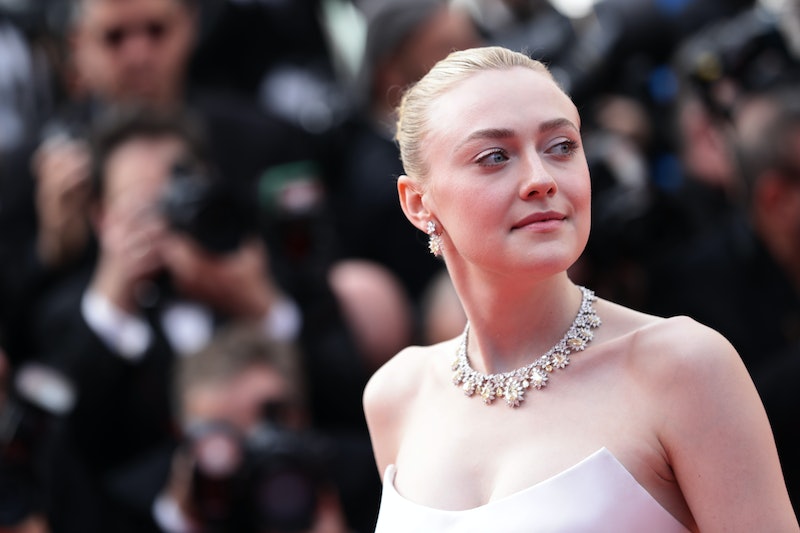 While premiering a clip of Dakota Fanning's new film Sweetness in the Belly, Deadline reported in a Tweet on Wednesday, Sept. 4, that the actor was playing a "white Ethiopian Muslim," sparking intense criticism from Twitter users who thought her casting was racially insensitive and another instance of Hollywood whitewashing. However, that actually seems to not be the case here. Dakota Fanning clarified her role as a Muslim refugee in Sweetness in the Belly in response to accusations of whitewashing, saying that she is actually not playing an Ethiopian woman, as suggested by Deadline.

Later on Wednesday, after the backlash quickly went viral, Fanning posted a statement to her Instagram stories. She defended her role in the new movie and explained its actual storyline, making it clear that she's not portraying an African woman. “In the new film I’m part of, Sweetness in the Belly, I do not play an Ethiopian woman. I play a British woman abandoned by her parents at seven years old in Africa and raised Muslim," she clarified. “My character, Lilly, journeys to Ethiopia and is caught up in the breakout of civil war. She is subsequently sent ‘home’ to England, a place she is from but has never known."

Gibb's 2005 novel of the same name follows a similar storyline of a British woman who is orphaned and raised as a Muslim in Africa, meaning Fanning's casting was pretty appropriate and true to the book. "As a young woman she goes on pilgrimage to Harar, Ethiopia, where she teaches Qur'an to children and falls in love with an idealistic doctor," the summary on Goodreads states. "But even swathed in a traditional headscarf, Lilly can't escape being marked as a foreigner. Forced to flee Ethiopia for England, she must once again confront the riddle of who she is and where she belongs."

Fanning ended her statement by explaining the film's true meaning, and saying how proud she is to be apart of it. "It was a great privilege to be a part of telling this story. The film is about what home means to people who find themselves displaced and the families and communities that they choose and that choose them.”

After Fanning made her statement, Deadline followed up their viral tweet with a another message that explained the actor's clarification and amended the headline of the original article. However, some Twitter users were still not satisfied, bringing up concerns about why stories of Black African Muslim women were not being told in Hollywood films.

While there's no theatrical release date set for the film just yet, Sweetness in the Belly is set to premiere at the Toronto International Film Festival later this week, and no doubt audiences will have much more to say once they actually see the film.