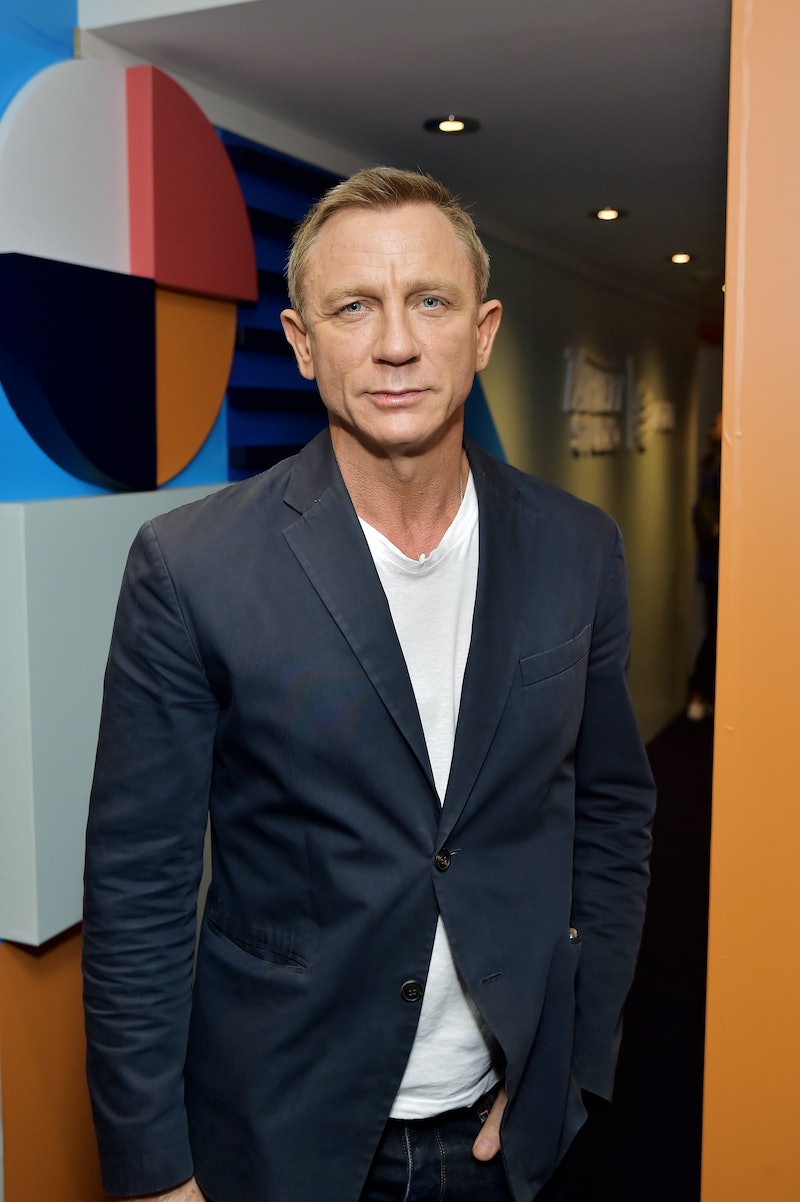 After over 14 years of portraying 007, Daniel Craig said he's "done" with James Bond ahead of the upcoming film, No Time to Die. On Saturday, Craig discussed the character's future on The Late Show With Stephen Colbert, and revealed the upcoming James Bond movie would be his last.

During the interview, Colbert asked the actor if he was "done with Bond", to which Craig responded, "Yes." He confirmed his era would be coming to an end, stating, "It's done." Earlier in the week, Craig implied his Bond career would be over soon in an interview with German Express, as reported by Esquire, saying, "someone else needs to have a go."

Craig will portray Bond one last time in No Time To Die, which is set for release in April of 2020. Lashana Lynch will costar as the new 007, as per The Guardian, taking over the secret-agent's number after he leaves MI6, but it's still unclear if her character will have a more permanent role in the franchise.

Fleabag creator Phoebe Waller-Bridge co-wrote the Bond 25 script, and on Saturday, Craig described her work as "spectacular" during his Late Show appearance. Craig, who didn't know Waller-Bridge prior to the project, helped enlist the writer, saying, "she could only say no."

The Knives Out actor's departure from the Bond movies mark the end of an era. Craig joined the Bond franchise in 2006, first appearing in Casino Royale, and most recently appeared as the character in Spectre, which premiered in 2015. Craig is the longest-running James Bond in history, overtaking the second-longest running Bond, Sir Roger Moore, in early November, according to Esquire.

Fans of the franchise may be sad to see Craig depart, and Saturday is not the first time he's mentioned retiring from the role. In November, Craig discussed his tenure as James Bond in an interview with the Sunday Times, saying, "I love the fact I’m Bond." He went on to note his age was becoming an obstacle, writing, "We’re in rare air, making Bond movies. It is one of the most intense, fulfilling things I’ve ever done, but it takes a lot of energy and I’m getting old. I’m getting creaky."

On Saturday, Colbert asked Craig what his plans were post-Bond, and more specifically, if the star planned to "let himself go." Craig joked that if he were to let himself go a bit, it would be by having, "I think Guinness. Just Guinness. Maybe some solids occasionally." After over a decade of James Bond filming, Craig deserves to relax, and as for fans of the franchise, it's only a matter of time until a new star takes over the 007 role.

More like this
Adam Lambert Called Out The George Michael Biopic Over Potential Casting
By Sam Ramsden
North West Will Make Her Acting Debut Alongside Mom Kim Kardashian
By Radhika Menon
How Andrea Riseborough Got Nominated — & Almost Disqualified For An Oscar
By Jake Viswanath
Alicia Silverstone Revives Her 'Clueless' Character In This Super Bowl Commercial
By Jake Viswanath
Get Even More From Bustle — Sign Up For The Newsletter
From hair trends to relationship advice, our daily newsletter has everything you need to sound like a person who’s on TikTok, even if you aren’t.