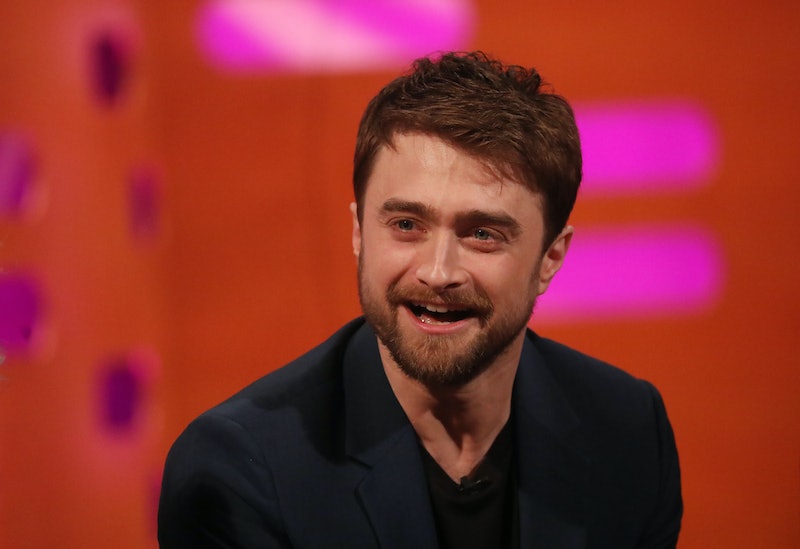 Harry Potter may have won the Triwizard Tournament and defeated the likes of Lord Voldemort, but the character's real-life counterpart has actually proven himself to be just as brave and daring as a true Gryffindor. During the newly launched podcast, Cunning Stunts, Daniel Radcliffe recalled his first major solo stunt in Harry Potter, and it's a doozy. To be clear, the actor wanted fans to know that he wouldn't have been able to accomplish such a task if it wasn't for his longtime stunt double David Holmes, who became paralyzed from the neck down in 2009 after suffering a serious injury on the set of the final film in the franchise.

Radcliffe learned a lot from Holmes and developed a great deal of respect for what stunt performers have to do. But nothing gave him a better appreciation to that fact than when he was tasked with carrying out the biggest stunt of his career thus far during the fourth film, Harry Potter and the Goblet of Fire. Not only did the film require a major underwater sequence, but the actor also had to perform a 35-foot drop onto one of the Hogwarts castle’s sloped roofs.

“They talked me through it and said, ‘It’s 35 feet. Do you think you can do that?’” Radcliffe recalled on the podcast, which he co-hosts with Holmes. “At 14 or 15, you’re full of bravado in front of a bunch of stuntmen, so I was like, ‘Yeah, of course I can.’”

For his part, though, Holmes felt that Radcliffe was more than ready to tackle such a difficult task on his own. “Dan was on a wire above a sloped, tiled roof,” Holmes went on to explain. “He’s dropped from a static wire onto the roof, and then he starts his slide. The risk is the initial fall, which we padded him up for, and then the speed you build up as you slide down."

However, sliding the proper way wasn't the only thing Radcliffe had to worry about — he also had to pull a broomstick over his shoulder in order to place it in his lap and then land on a crash mat immediately afterward. "It was a lot of things to think about in four or five seconds," Holmes admitted. "But he was pukka; really good."

Looking back on the experience now, though, Radcliffe himself is even a bit surprised that he was allowed to attempt such a difficult feat, and at a very young age. “In retrospect, I look back on it and think it was pretty crazy that I was allowed to do that,” he joked. “35 feet is a lot higher than you think once you get up there.”

It's a riddikulus accomplishment, to say the least, but honestly, we should expect nothing less from The Boy Who Lived.

More like this
Rupert Grint Just Shared A *Major* Update About Ron Weasley’s Future
By El Hunt
'Friends' Star Maggie Wheeler Offers Support To Matthew Perry After Reading His Memoir
By Alyssa Lapid
Harry Styles Had A Major Stage Malfunction At The Grammys
By Darshita Goyal
'The Queen’s Gambit' Season 2 Tweet Wasn’t From Anya Taylor-Joy
By Mary Kate McGrath, Jack Irvin and Grace Wehniainen
Get Even More From Bustle — Sign Up For The Newsletter
From hair trends to relationship advice, our daily newsletter has everything you need to sound like a person who’s on TikTok, even if you aren’t.