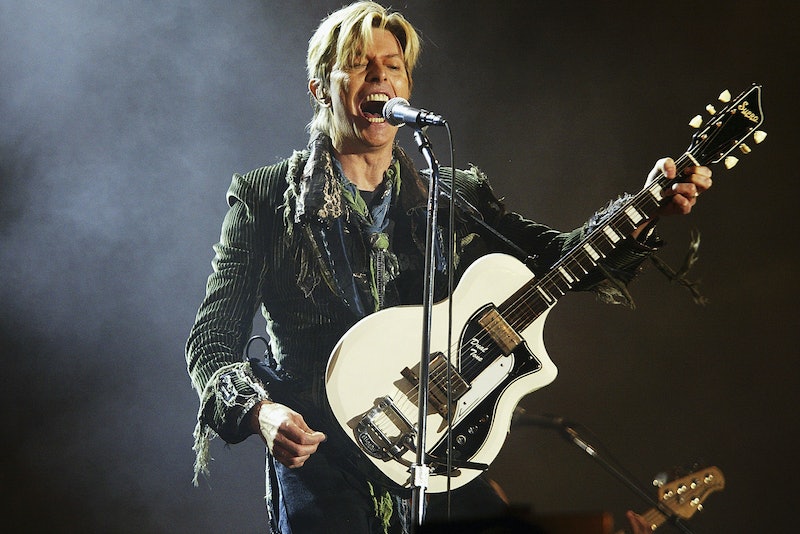 Before the 2017 Grammys Awards broadcast even began, the awards had already started rolling in. One artist who was honored before the show started was David Bowie, who won several Grammys posthumously. The news is bittersweet, because while it's awesome that Bowie's album Blackstar has won four awards (and has one pending), it's sad that he isn't here to experience this, especially since he hadn't been awarded by the Recording Academy very much in the past. Update: Bowie also won the award for Best Rock Song for "Blackstar."

Earlier: While Bowie had been nominated multiple times in the past, previous to his wins for Blackstar, he'd only won one Grammy — for Best Video, Short Form for Jazzin' for Blue Jean in 1985. He also received a lifetime achievement award from the Grammys in 2006.

Bowie's wife, Iman, who has often posted on social media in honor of her late husband in the past, has not yet posted anything about Bowie's Grammy honors, but it is probably only a matter of time. After wins this big, it wouldn't be a surprise.