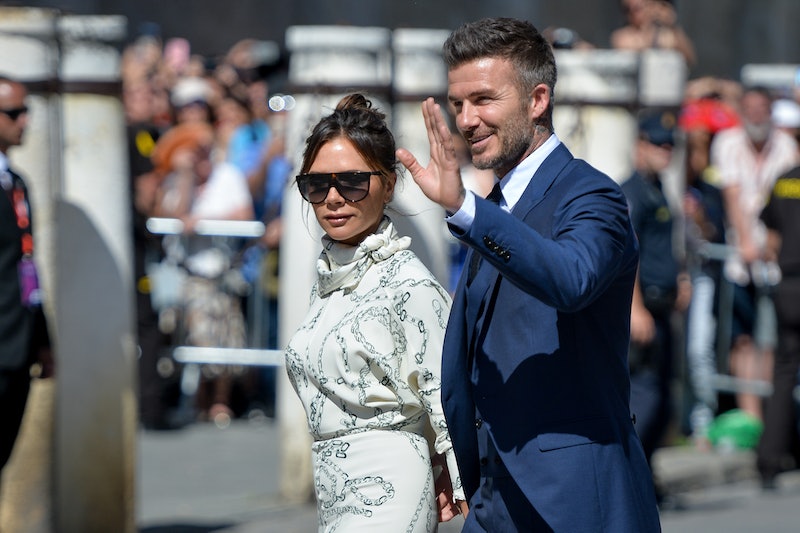 Power couples come and go but the Beckhams have reigned supreme for over 20 years. The merging of pop/fashion and football royalty has led to a seriously successful partnership and a family dynasty. The Beckhams known for going on some of the most incredible holidays, from Victoria's wellness retreat to the family's trip to the everglades. And the latest Beckham family holiday is as envy-inducing as all the others and definitely enough to make you wish you were part of the family.

As the Evening Standard reports, the family is currently away in Miami. And while there David headed to a water park with kids Romeo, Cruz and Harper.

The trip to the water park looked super fun and David can be see beaming from ear to ear as he whizzed down a water slide with youngest child Harper. Romeo and Cruz also looked pretty elated to be a the water park as they slid down the slide. David took to Instagram to share some personal photos of water park with the caption "so much fun with the kids at Tidal Cove... MIAMI BABY."

The rest of their holiday has looked super amazing as ever. Victoria wasn't pictured at the water park, but she's very much on the trip and also been posting snaps of her spending quality time with her family. As Hello! reports, the Beckhams were later joined by close friend Eva Longoria and her son Santiago. He and Harper were pictured having fun in the pool on Victoria's Instagram.

But even more adorable than that, David and Victoria also tried out a salsa dancing class. Romance isn't dead folks. David posted a clip on his instagram stories with the caption "Lesson 1… @victoriabeckham sorry I was so bad!" I mean if they aren't the ultimate power couple, I don't know who is.

However, there is one family member who's been missing out on all the fun. As Hello! reports Brooklyn Beckham has stayed home in London because he's landed a coveted internship with photographer Rankin and he's just made his directorial debut for the rock band Jaws. Speaking about the music video in a statement released to Clash, Brooklyn explained: "I went to a Jaws gig and I fell in love with a song of theirs called 'End Of The World.' It sparked an idea in me to make a music video for the guys. I met with Connor and the band to ask them if I could." Make way for the next generation of successful Beckhams.

One of the reasons the family have been spending so much time in Miami is likely to be because David is involved in the creation of a new Major League Soccer team there. As BBC Sport reports, David is one of the owners and the president of the team. Recently the club has been awarded an expansion contract and BBC Sport confirms that they'll make their debut will be in 2020. I mean, having to go to Miami for your Dad's work trips really isn't so bad, is it?

More like this
Rita Ora Finally Opened Up About Marrying Taika Waititi & Their "Perfect" Wedding
By Sophie McEvoy and Catharina Cheung
Emily Atack’s Net Worth Would Make Charlotte Hinchcliffe Proud
By El Hunt
Twitter Has Renamed Ekin-Su After *That* 'Dancing On Ice' Performance
By Sophie McEvoy
'Love Island' Has Added Yet Another Bombshell To The Villa
By Bustle UK
Get The Very Best Of Bustle/UK
Sign up for Bustle UK's twice-weekly newsletter, featuring the latest must-watch TV, moving personal stories, and expert advice on the hottest viral buys.