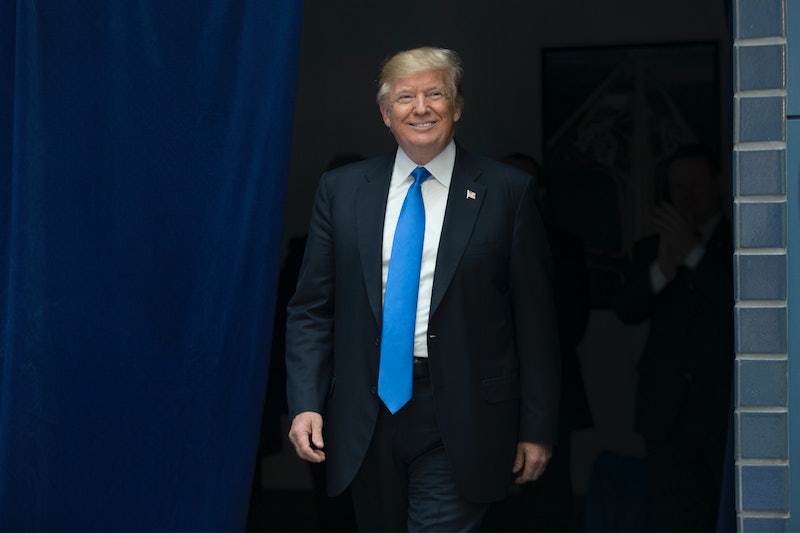 There have always been questions surrounding the president's continued connection to his businesses, but things may be getting more complicated now: Trump will face a lawsuit over the emoluments clause from D.C. and Maryland, and it could become the next ongoing scandal of his presidency.

The lawsuit will center around his alleged violations of anti-corruption clauses present in the Constitution, because Trump has declined to completely separate himself from his business interests and therefore has continued to profit off of the payments of foreign governments.

Although Trump has been facing lawsuits over the same issue for his entire presidency thus far, this is the first time that one is coming from government entities. It started in January, when the government watchdog group Citizens for Responsibility and Ethics in Washington filed a lawsuit saying that his failure to effectively distance himself from his businesses put him in violation of the Constitution's emoluments clause. That lawsuit has since added several plaintiffs, mostly businesses claiming they have lost out when foreign government representatives choose Trump hotels and conference spaces in an effort to curry favor with the president.

This new lawsuit, however, will claim that Trump's inaction on this matter is negatively affecting D.C. and Maryland themselves by pulling business away from taxpayer funded convention centers.

Before he took office, Trump pledged to give control over his business empire to his sons, who he claimed would run it completely independently. He did not divest himself from his assets, though, so he's still personally profiting off of them. His sons are, of course, still working closely with him — even reportedly giving him updates on how the business is doing. Trump had also promised to donate all foreign payments received to the U.S. treasury, a promise that now seems unlikely to be fulfilled due to his businesses' failure to track the payments it receives from foreign government entities.

The Trump administration's defense rests on the idea that accepting market-rate payments for goods and services, like nights spent in hotel rooms, does not constitute accepting gifts or emoluments. As The Washington Post reports, this new lawsuit will hinge on the plaintiffs' claims that Trump's hotel near the White House is simply drawing too much business from foreign governments, to the detriment of D.C. and Maryland.

If a judge accepts that D.C. and Maryland have standing to file this lawsuit, one additional benefit to the American people would be that the lawyers could demand to see Trump's tax returns, in order to fully grasp the extent of the foreign payments. While the Trump administration is already up to its ears in scandals, this is certainly another thing that they'll resist as strongly as they can. With another lawsuit expected to come on the same issue from Democrats in Congress, though, it may be getting more difficult for them.