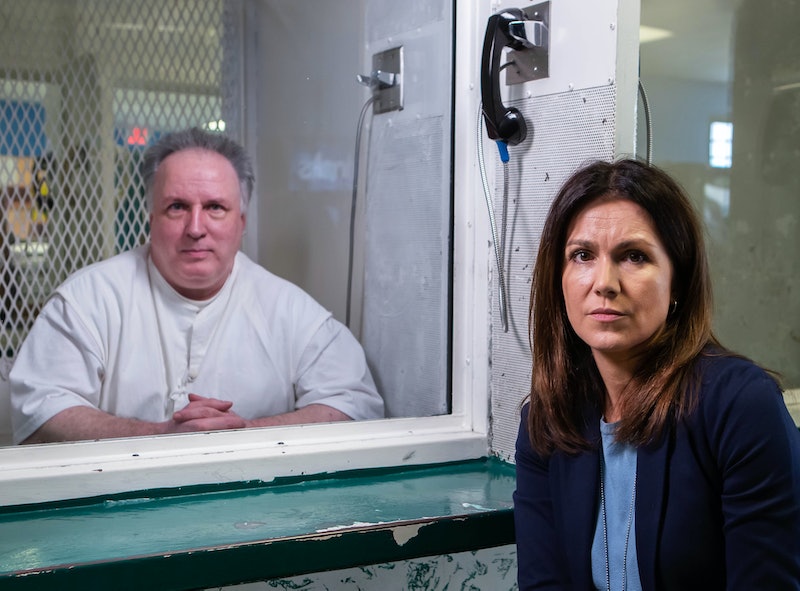 Many documentaries have been created in the past that focus on the concept of death row, the details of which continue to shock viewers. Now British TV presenter Susanna Reid is bringing out Death Row: Countdown To Execution, a look at the final days of those set to be executed.

The series, which will be shown on ITV, is led by Reid, who travelled to Huntsville Texas in order to meet the men featured in the show. Speaking to ITV, she discussed the grim experience travelling to the prison and meeting the inmates:

"This is a journey to a pretty bleak place, a maximum security prison, where there are men being held who know that they are facing a sentence of death."

Reid, like many other people who have ever researched death row, has a lot of questions. Trying to get into the mind of somebody in the unique situation of being on death row is beyond difficult. It raises a lot of questions in Reid's mind about the lives of prisoners and what is going on in their heads:

"I just wonder what he's thinking, whether he thinks he deserves his punishment, whether he will ask forgiveness, and what his thoughts are on the years and years he has spent in prison."

In Death Row: Countdown To Execution, Reid will focus on one prisoner per episode (there are two episodes in total). In the first instalment of the series, she speaks to death row inmate Patrick Murphy, who is facing the fast approaching reality of being put to death. In the last days before his scheduled execution, Reid has the opportunity to have an open conversation with him about his situation and what got him to this point.

As ITV explains, "Murphy was one of the members of the notorious ‘Texas 7’ gang who violently murdered a police officer while on the run, after he and six other criminals launched one of the most infamous prison breakouts in American history."

The show description continues: "Delving into the details of the crime, Susanna discovers that Murphy may not be as culpable as she first thought of the murder itself. He didn’t pull the trigger that killed the police officer, and he wasn’t at the scene of the murder in the year 2000."

Murphy shows a lot of remorse and responsibility for the life of crime that brought him to this point. During the show, he tells Reid that he made "[a] lot of poor choices" in his life. He continues: "Basically we all have a choice to do one thing or another, it's just I've made the wrong choices almost every time. And so really, basically, I've screwed up."

Death Row: Countdown To Execution speaks to the families of victims, the families of those to be executed, and people who are pro execution, as well as the legal teams surrounding the men on death row.

Watch part one of Death Row: Countdown To Execution on ITV1 on Thursday June 13 on ITV1 at 9 p.m.