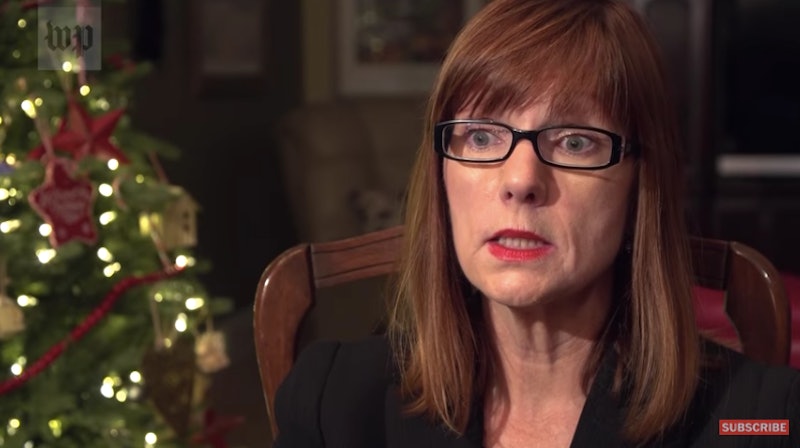 One of former Republican Alabama Senate candidate Roy Moore's accusers, Deborah Gibson, is now running for office in Florida. Deborah Gibson was one of the first women to publicly accuse Moore of inappropriate sexual behavior years ago she was a teenager. Moore has denied all allegations of sexual harassment against him, calling them "dirty politics."

In details given on her campaign website, Gibson said that she is no longer a Republican and will compete to land a spot in the 89th district of Florida House as a Democrat. The seat is currently occupied by Republican state Rep. Bill Hager who ran unopposed in his House race in 2017.

Gibson was previously a registered Republican. According to a statement on her campaign fundraising site, she said the Republican Party was no longer a "right fit" for her. "Coming off the sidelines for the first time politically seems a natural response to realizing that too many of us, particularly women, have felt that some special mysterious qualification was needed to participate in our democratic process as a candidate," Gibson said. "The past five months have crystallized what’s been coming to me for a decade more gradually — the Republican Party is no longer the right fit for me; I am proudly running as a Democrat."

The aspiring candidate said that she had the leadership experience to compete for the position. "I have held numerous leadership positions throughout my life, from president of student clubs to president of professional organizations," Gibson noted in her statement. With a goal of raising $25,000, Crowdpac.com shows that Gibson has so far received $1,760 in donations at the moment of this writing.

Among the issues Gibson stated as her priorities include "gun law reform," improving the quality of education in her district, and a platform fighting for "equality for all." She also added that she is in favor of single payer health care and better policies for young undocumented immigrants, also known as Dreamers, under the Deferred Action for Childhood Arrivals program. Gibson said the "protection of 11 million Dreamers with no other home to go to" was one of the most important issues to her.

Incidentally, the 89th district of the Florida House, which is in Palm Beach County, is where President Trump's Mar-a-Lago resort is located. While pointing to the Mar-a-Lago tidbit, Gibson said that she would be excited to understand more of what the district needed, be it "beach erosion, the privatization of garbage pick up, the opioid crisis, and addiction’s impact through the rehabilitation industry in our communities."

Gibson first gained national prominence when she came forward alleging that she and Moore dated when she was a teenager, an accusation Moore has staunchly denied. In an exclusive interview with The Washington Post in December 2017, Gibson said Moore dated her in 1981 when she was in her teens and he in his 30s. At the time, Gibson said that Moore was working at the Etowah County District Attorney's office while she was in high school. She said that Moore came to her high school at a speaking event and the two allegedly began dating her after that.

While other accusers said that Moore carried out nonconsensual sexual contact against them (which he has also vehemently denied), Gibson said that Moore and she would consensually kiss when she was younger. In her interview with The Post, Gibson shared a high school graduation card she claimed was from Moore. The cursive-written note read, "Happy graduation, Debbie. I wanted to give you this card myself. I know that you'll be a success in anything you do." At the bottom of the card, there was a signature for "Roy."

With the upcoming Florida House election, Gibson seems optimistic about her future in the state. At the end of her statement, she ended on a hopeful and eager note, "I humbly ask your support for a place at the stakeholder table."