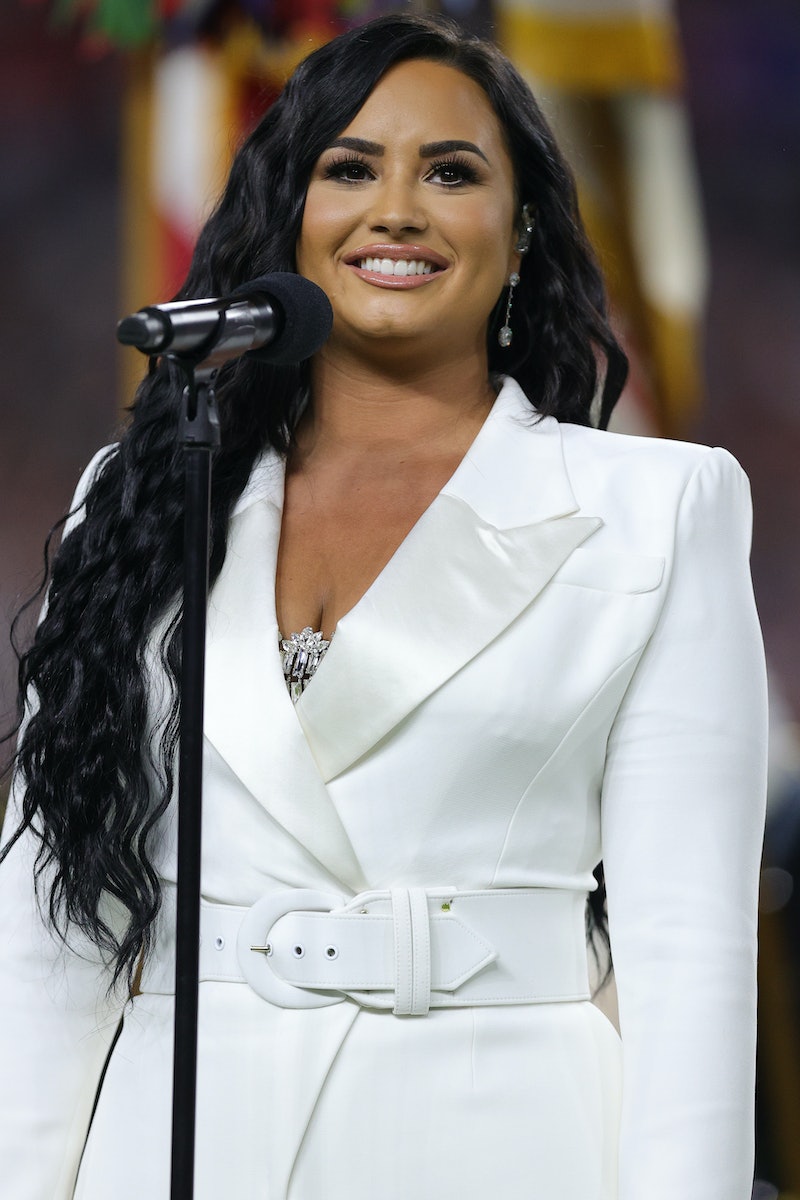 While sharing a series of passionate Twitter posts about the death of George Floyd and the ongoing protests around the country, Demi Lovato promised to use her white privilege to bring change in whatever way that she can going forward. The singer shared several posts on Wednesday, June 3, first calling for the arrest of all four police officers involved in Floyd's killing and then encouraging her white fans and followers to speak up before addressing the Black community. "For my black friends, family, co-workers, fans, followers and any other black person reading this: I love you. And I'm heartbroken it has come to this," Lovato wrote.

She then explained that she was sorry that "for so many years, white people consciously and unconsciously stole from your culture while doing nothing to protect you. You've given so much and yet here we are." Citing examples of Black people being killed for things like jogging, wearing a hoodie, eating ice cream and even sleeping, Lovato noted that white people do not have to worry about being treated in the same way.

"I hate my white privilege," Lovato continued. "It feels gross ... like having blood money or something. But I will use it to change things in whatever way I can." Adding that while she will "never understand" what they experience, she stands with them in their fight for justice, Lovato then said she will continue to fight alongside her Black fans. "I don't know if it's even okay to say I'm sorry because it's not enough, but I am," she wrote. "This is not fair. And I pledge to fight with you."

Lovato also used her social media posts to call out white people to join her in recognizing their privilege and using it to hep dismantle systemic racism in the United States. "Please help fight this good fight," she wrote in all caps, adding that justice won't truly be served "until we ALL do our part. Our people f*cked this up: This is not on the black community to fix!!!"

The "I Love Me" singer also encouraged white people who are "scared or uncomfortable" and not speaking out to step up and show their support for people rallying for justice and equality. "This is not about you, but it does concern you, and I'm begging you to push past the fear of saying the wrong thing or pissing people off ... we won't get anywhere until we try," she wrote, later adding that "staying silent will only hurt others." Lovato also encouraged white people to "educate yourself ... and LISTEN" in order to understand the best way to show their solidarity with the black community.

Along with acknowledging her own privilege and encouraging her white followers to look at their own, Lovato also called for the cops involved with the killings of black people to face consequences. "If you are mentally unstable enough that you judge someone for their skin color — you don't deserve to be a cop, so please turn in your badge and gun," she wrote.

She followed that up with a post about Breonna Taylor, who was killed in Louisville, Kentucky after police executed a no-knock warrant on the wrong home and shot her as she slept in her bed. In addition to honoring Taylor — who would have turned 27 on June 5 — Lovato encouraged her Instagram followers to write to the attorney general and demand justice for her. Clearly, Lovato is following through on her promise to use her privilege and platform to fight for justice as best as she can.

More like this
Olivia Rodrigo Manifested Finally Meeting Demi Lovato
By Jake Viswanath
Kim Petras Just Made Grammy History
By Jake Viswanath
Beyoncé Just Announced Tour Dates: Here's How To Cuff Tickets To Her 2023 Shows
By Jake Viswanath
Twitter Is Having A Meltdown Over Buying Beyoncé Renaissance Tour Tickets
By Jake Viswanath
Get Even More From Bustle — Sign Up For The Newsletter
From hair trends to relationship advice, our daily newsletter has everything you need to sound like a person who’s on TikTok, even if you aren’t.