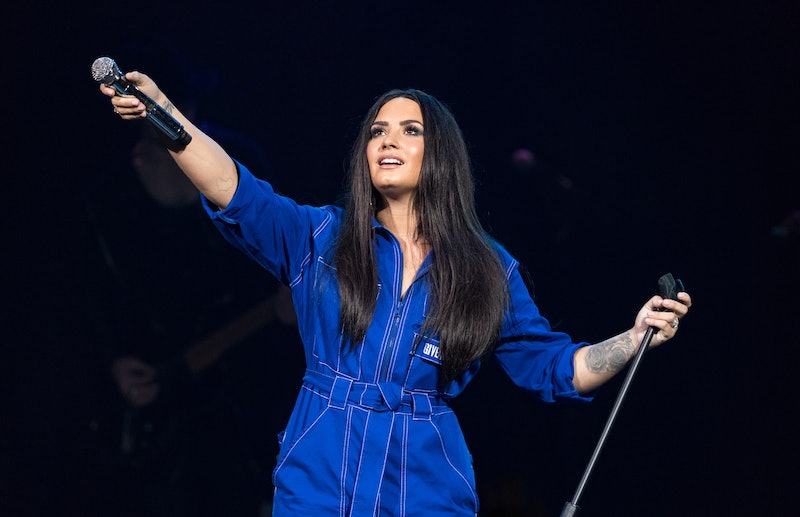 Over the past several years, Demi Lovato has become increasingly vocal about her lifelong battle with mental illness. But now, for the first time, fans will have the opportunity to experience Lovato's personal journey from another perspective: her mother's. In a new memoir, Demi Lovato's mom opens up about her daughter's struggle with her mental health, as well as the self-destructive tendencies that spiraled into existence with the onset of her fame. The heart-rending memoir, aptly titled Falling with Wings: A Mother's Story, hits shelves March 6.

Ahead of its release, Lovato's mother, Dianna De La Garza, sat down with People for an interview, published Tuesday, Feb. 28, in which she recapped the memoir's highlights and spoke candidly about her family's cross-generational history of mental illness and addiction, including her daughter's and her own.

"I wanted to share this story because I thought there might be people out there who might be going through some of the same things that my family was going through," De La Garza told People. "It might help them in some ways."

De La Garza is probably right. Based on her interview and excerpts, her memoir sounds like a solidarity gesture, in two parts: one, for all the people out there who've grappled with mental illness and addiction themselves (as well as its accompanying stigma); and two, for all the parents who've watched their kids go through it. De La Garza's experience with both issues proved particularly tricky as she revealed for the first time in Falling with Wings, because when your child is a wildly famous Disney star, the parenting lines start to become a bit fuzzy.

As People notes, by the time Lovato was 16 years old, signs that something wasn't right became more and more difficult to ignore. Lovato was habitually flouting curfew and, De La Garza suspected, developing a problematic relationship with drugs and alcohol. De La Garza remembered feeling like she'd "lost control" of her daughter.

"Every night I'd set an alarm for 2:00 a.m. If she wasn't [home], I called her until she walked through the front door," De La Garza wrote in the memoir, according to People. She continued, "What do you say to your child when she is the one paying most of the bills?"

As De La Garza wrote in the memoir, her daughter's struggles with mental illness started young. But, as is often the case when it comes to parent-child relationships, even as a pre-pubescent Lovato researched anorexia on the internet (as Lovato has explained before, her confrontations with mental illness and eating disorders began at a very young age), De La Garza admits she didn't want to believe there was any serious issue at play.

"One day [Lovato's older sister, Dallas] came running into the dining room looking alarmed. 'Demi is visiting some really weird websites about anorexia and bulimia,'" De La Garza explains in the memoir, according to People. "I sighed. 'She probably got on them by mistake.' I'm horrified when I look back. Sometimes we so desperately want to believe the best about our children that we ignore the obvious." 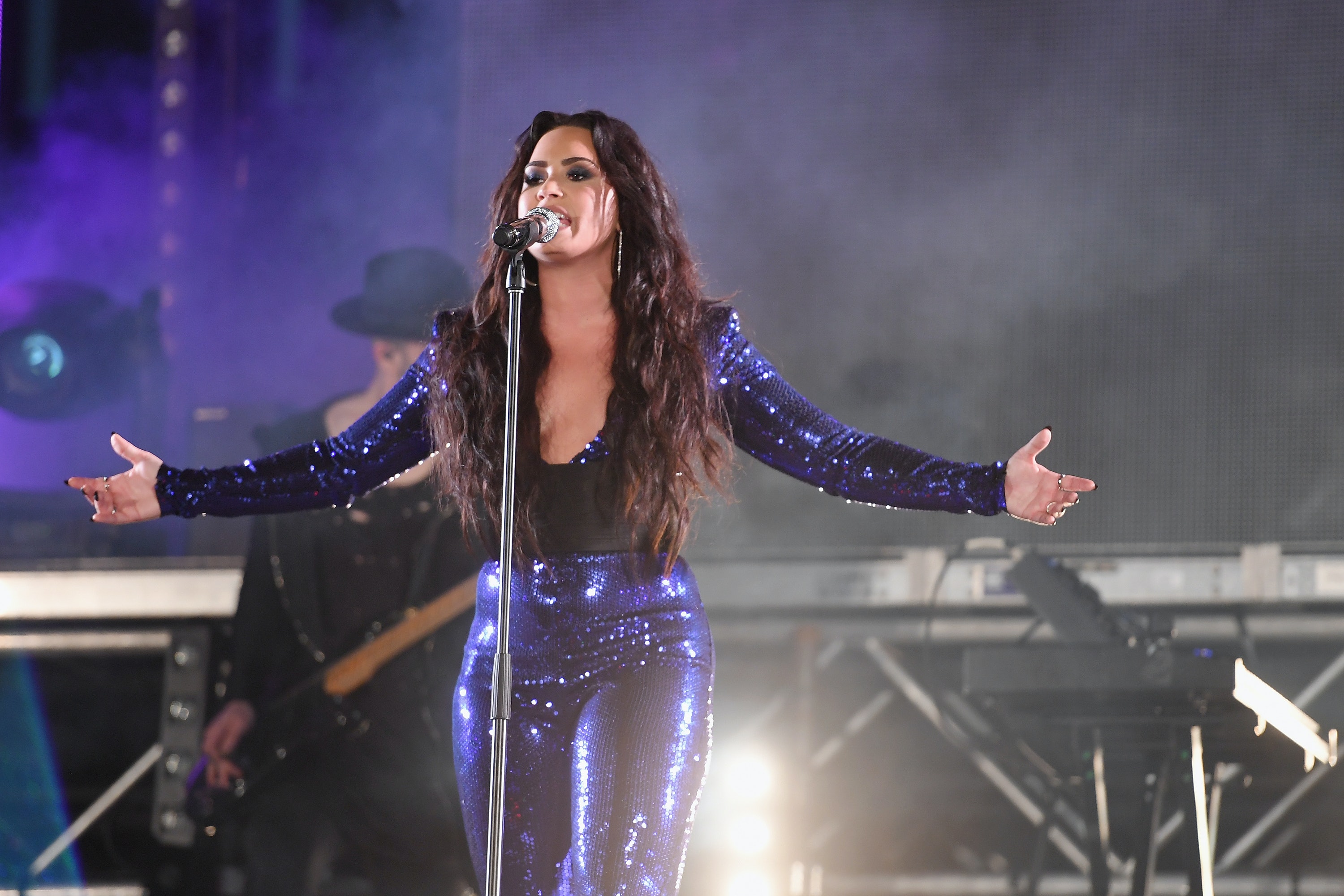 De La Garza herself is certainly no stranger to the torments of mental illness. When Lovato's enduring confrontations with bipolar disorder, her eating disorder, and substance abuse came spiraling to a head in 2010, De La Garza was caught in the throes of her own personal demons. As she notes in the memoir, she struggled with anorexia since childhood, developed PTSD in the aftermath of her abusive first marriage, and battled a Xanax addiction in 2011, in the wake of a depression-fueled breakdown.

Speaking about her mother's memoir (for which she penned the foreword), Lovato was brimming with pride. "I'm so proud of my mom for achieving something she's always wanted to do — tell her story," Lovato told People. "She's resilient, inspiring and strong. Because of her journey and strength to overcome the obstacles that she's faced in her life, she is my hero."

Judging by De La Garza's courage and candidness in penning this upcoming memoir, it seems like Lovato probably got that from her mama.

More like this
Jennette McCurdy’s First Kiss On 'iCarly' Didn’t Go As Planned
By Bustle Editors
Ashton Kutcher Opens Up About His Battle With Rare Autoimmune Disorder
By Radhika Menon
We’ve All Had Bad Sex. Nona Willis Aronowitz Is Talking About It.
By Sophia Benoit
Anthony Templet Wants To “Live Normally” After Killing His Father
By Brad Witter
Get Even More From Bustle — Sign Up For The Newsletter