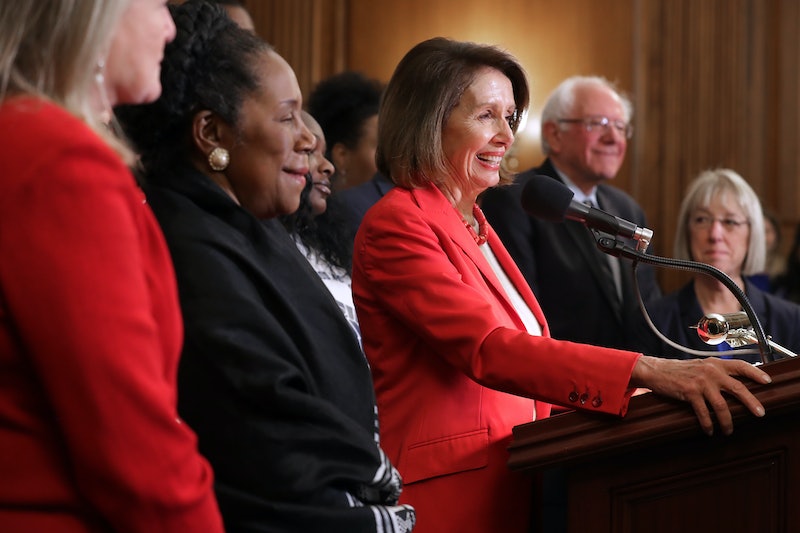 Since taking the majority in the House, Democrats have wasted little time championing their legislative and political goals. This was true on Wednesday, when a new Democrat-backed $15 minimum wage bill was introduced, which would aim to nearly double the current federal rate.

As it stands, the current federal minimum wage is $7.25 per hour, although states are allowed to raise their own minimum wage as they see fit. While it's not necessarily expected to make it very far just yet, given the Republican majority in the Senate, as well as the Republican administration in the White House, the bill's introduction suggests that Democrats are determined to promote their agenda. An identical initiative was also introduced in the Senate, by Sen. Bernie Sanders, according to the Huffington Post.

"Just a few years ago, we were told that raising the minimum wage to $15 an hour was ‘radical,'" Sanders tweeted on Wednesday. "It is not a radical idea to say a job should lift you out of poverty, not keep you in it. We must increase the federal minimum wage from a starvation wage of $7.25 to $15 an hour."

The House bill, dubbed the Raise the Wage Act, would raise the federal rate incrementally, with the goal of reaching $15 per hour by 2024. After that, HuffPost reports, the federal minimum wage would be raised annually, based on inflation.

At the bill's public introduction, Rep. Nancy Pelosi lamented income disparities in the United States, remarking, according to a transcript of her speech, that "many of the CEOs of the companies that were fighting the minimum wage increase, they have earned as much in the couple of weeks in January as they will pay these employees for the whole year."

"That is not justice," she said. "That isn’t fair. That isn’t right. And we don’t begrudge anyone their success or their income. But we do begrudge the exploitation of the workers to that extent."

The fight to raise the federal minimum wage to $15 an hour has been brewing for years, with some states — and even municipalities — making the jump independently as Washington failed to move the effort forward on a national level. Opponents often argue that such a significant hike would be bad for businesses, as they might struggle to pay their employees a higher wage.

"Today’s bill signals that House Democrats would rather promote Bernie Sanders’ extreme and unworkable campaign platform than accept that Republican pro-growth policies deliver real results to the American people," Rep. Virginia Foxx said in a statement, according to HuffPost.

But Democratic advocates argued on Wednesday that $7.25 is often too low to even raise a person out of poverty. "The minimum wage is no longer a living wage," Sen. Chuck Schumer tweeted. "It’s a poverty wage in many cities and towns across the country. And no American with a full-time job should be living in poverty. We must do better."

While the bill is not expected to make it far just yet, the initiative appears to have more support than it has in the past. If nothing else, that suggests that perceptions about significant minimum wage increases may be changing, at least among Democrats.