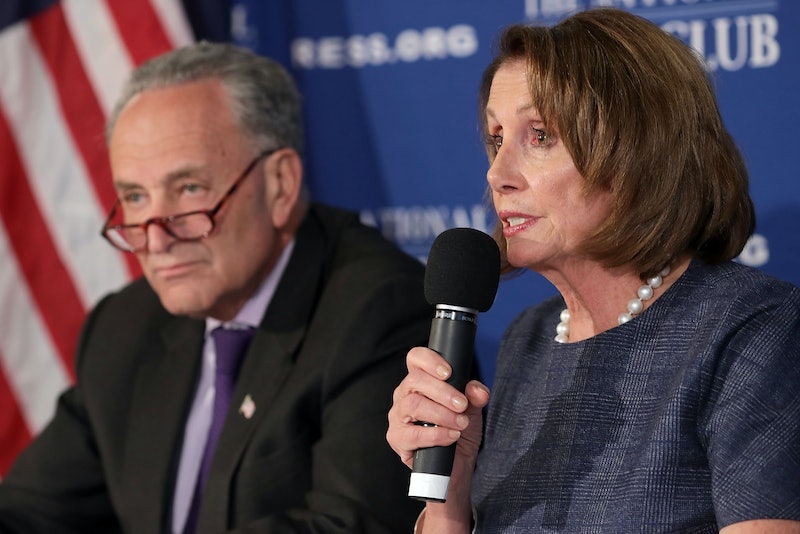 The debate over the Republican replacement for Obamacare is raging in the House and Senate with relatively minimal input from Democrats. The fate of the bill will end up being determined by whether or not the coterie of conservative Republicans who think the bill is too generous in helping people buy health insurance can come to agreement with the moderate ones who balk at taking health care away from millions of their constituents. So, what are the Democrats supposed to do?

Admittedly without control of the House or the Senate, they can't do much to affect the bill being negotiated by Republicans. However, standing on the sidelines and bashing it may not be enough.

And that is why Democrats should be getting ahead of Republicans on this issue.

They should put forward their own Obamacare "replacement" bill, and highlight that they actually could solve many of the problems with the Republicans' one. The Republican bill is stymied by a desire to simultaneously provide more and better coverage (as President Trump promised repeatedly) and their desire to limit the government's role and cut taxes on top earners. Perhaps some version of this is possible, but the upheaval that dismantling people's access to health care causes probably makes it politically unviable — which is why Trumpcare has gotten attacked from all sides.

Many of Obamacare's problems could likely be solved by increasing the subsidies on people buying plans on the individual market, extending them upwards to many in the middle class, and making them more generous for poorer people. This would create greater incentives for people (including the young, healthy people who enrolled in Obamacare at rates too low to stabilize the program) to sign up for the individual market.

Democrats could also propose increasing the penalties on people who don't have health insurance. This has long been the most unpopular part of Obamacare, but when compared with the issues with Trumpcare, and the potential Republican replacement that issues a penalty for buying health insurance after a break in coverage, it may look rosier to many Americans.

The Republican plan is still waiting on a score from the Congressional Budget Office. Health policy analysts expect the assessment will find the plan either raise the deficit, cut health insurance from millions, or both. Democrats should use this opportunity to propose a plan that can be scored by the CBO and found to do neither of those things. It's possible that their plan will still have its own political pitfalls — too high taxes or a punishing mandate. But since this hypothetical bill is still impossible to pass anyway in the current climate, why not show Americans what a Democratic alternative would look like?

Of course, there's no way this bill would pass a Republican Congress. However, it gives Democrats some important tools. It allows them to point to specifically what doesn't work about the GOP plan. It would, perhaps most importantly, give Democrats in Congress something to run on: Elect us and we can fix health care. We know how.

And most of all, a Democratic alternative that leads to more and cheaper coverage with a lower deficit would puncture the main argument Paul Ryan is making about why the troubled American Health Care Act needs to pass. At a press conference on Thursday, the speaker said there was no other way to fix the problems Obamacare is having: "It's a binary choice."

For Republicans in Congress, whose main priority for health care is limiting government involvement, not expanding coverage, that may still be true, but for the American people who would prefer to fix Obamacare rather than end it, a viable alternative could make real difference.