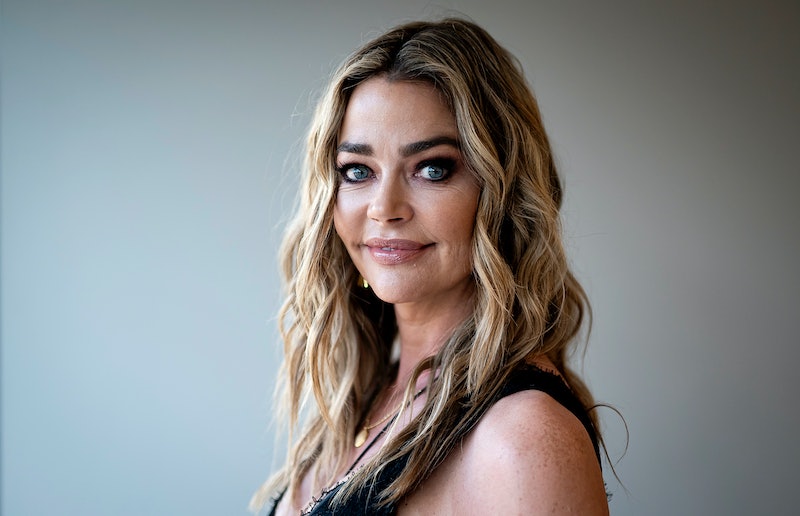 The Real Housewives of Beverly Hills is quickly turning into the battle of the Richards. Denise Richards denied staging a scene on RHOBH, after co-star Kyle Richards accused her of doing so on social media. Hey, just because the two Housewives happen to share the same last name, doesn't mean they're going to be repairing their friendship anytime soon.

While live-tweeting the May 13 episode of RHOBH, Kyle said it looked like Denise pre-planned a conversation with her 16-year-old daughter Sami Sheen. As per US Weekly, Denise wanted to talk to her about overhearing a sexual conversation about threesomes that the ladies were having at a party during the episode prior, something that she already expressed concern about as the kids were just a table over.

“This feels like a set up to me…” Kyle tweeted. “Clearly Denise had this conversation with her daughter prior to this and decided to have this conversation on camera.” Denise, being a Housewife, of course did not take the accusation lightly. She quickly replied directly to Kyle's tweet, denying that she staged anything. “No Kyle … it actually happened on camera twice," she said, telling her co-star to "ask our producers.”

While at a group dinner, Denise wanted to know what Kyle meant when she called her co-stars "fake-ass b*tches." She said Denise was "full of sh*t" because she had an diamond ice sculpture at her party and came to events in full-on glam after often appearing with no makeup last season. "Why am I fake because of that?," Denise asked in response. "I’ve been an actress in this business for a long time. I’ve done glam. Half the time you guys see me, I’m coming from f*cking set.”

Then in one of her confessionals, Denise delivered what has already become one of the most iconic lines of the entire series: “I am f*cking Denise Richards, Kyle,” she declared. “I don’t think these b*tches know, I’ve been on every f*cking magazine cover you could possibly imagine that they would want to be on.”

While it's uncertain if Kyle or Denise will ever see eye-to-eye, it's very clear that Denise knows her worth.

More like this
'RHOSLC’s Heather & Whitney Are Still On A “Friendship Break” After Season 3 Reunion
By Jake Viswanath
Erika Jayne's Estranged Husband Tom Girardi Has Been Indicted On Fraud Charges
By Jake Viswanath
RHOP’s Robyn Dixon Explained Why Juan Paid For Another Woman's Hotel Room
By Brad Witter
Everything To Know About 'The Real Housewives Ultimate Girls Trip' Season 4
By Jake Viswanath
Get Even More From Bustle — Sign Up For The Newsletter
From hair trends to relationship advice, our daily newsletter has everything you need to sound like a person who’s on TikTok, even if you aren’t.