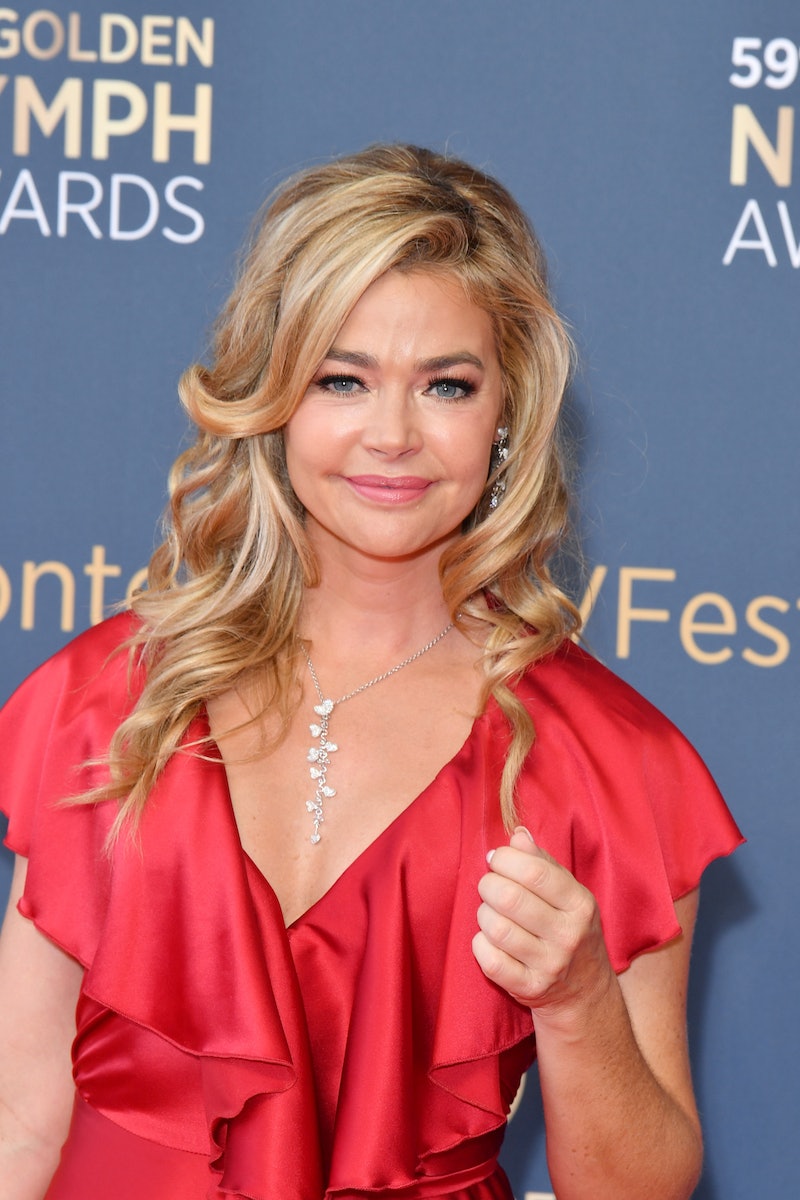 Sometimes moments in life can feel like they're coming full circle, which is why the fact that Denise Richards has joined the BH90210 reboot feels almost meant to be. So much so that fans probably should've seen this casting announcement coming from a long way away, given not only Richards' experience with Beverly Hills-centric drama, but also because she popped up on the original 90210 series well over two decades ago.

Back in 1992, the actor appeared in a single episode of the popular teen drama, playing the role of Robin McGill. (This also served as one of her first major TV credits ever!) Richards even went on to join the 2012 reboot 20 years later in the role of Gwen Thompson, appearing alongside stars AnnaLynne McCord, Shenae Grimes, and Tristan Wilds. Now, she will be heading back to that familiar zip code once more, and it's sure to get fans even more excited to see the highly anticipated reunion series.

Original cast member, Tori Spelling, was the first to post about the newest addition to the cast via Instagram on Sunday, July 28. "Welcome to our @bh90210 family my friend @deniserichards," Spelling wrote in the caption, alongside numerous photos of Richards out partying with the rest of the cast.

Spelling and Richards were accompanied by several other Beverly Hills, 90210 stars, including Shannen Doherty, Jennie Garth, Brian Austin Green, Jason Priestley, Ian Ziering, and Gabrielle Carteris to help celebrate producer Ruthanne Secunda's birthday and enjoy a much-needed break now that the final week of the show's first season is about to be underway.

"So last night, the cast, producers, fab costume designer @mandiline , my hair bestie @laurarugetti , and some of our spouses went to a much needed group hangout to celebrate our friend & producer @ruthannesecunda22belated birthday and to just all share some good food, wine, and conversations together (you were missed @jason_priestley and @snowboardercollie )as we enter our final week of filming ( well, for this season) of @bh90210."

Spelling went on to reveal in the post that the cast is currently in the process of filming the season finale, which will be completely wrapped up on Friday. She also mentioned how much she can't wait for Season 2 to get underway and how happy she is to have Richards be part of the team.

And it seems that the feeling is mutual. Richards made a point of reposting Spelling's Instagram post, while including a sweet message of her own about her latest project. "Thank you for including me T," she wrote. "And having me part of the BH90210 journey. Talk about everything comes back full circle. One of my very first jobs was #beverlyhills90210. Love all of you guys."

The upcoming revival will serve as a six-part series centered around the core cast members who will play elevated versions of themselves as they attempt to put a reboot together. (Think of it like a show within a show type of situation.)

How Richards will fit into it all remains to be seen, but odds are it's sure to mean a little extra drama.