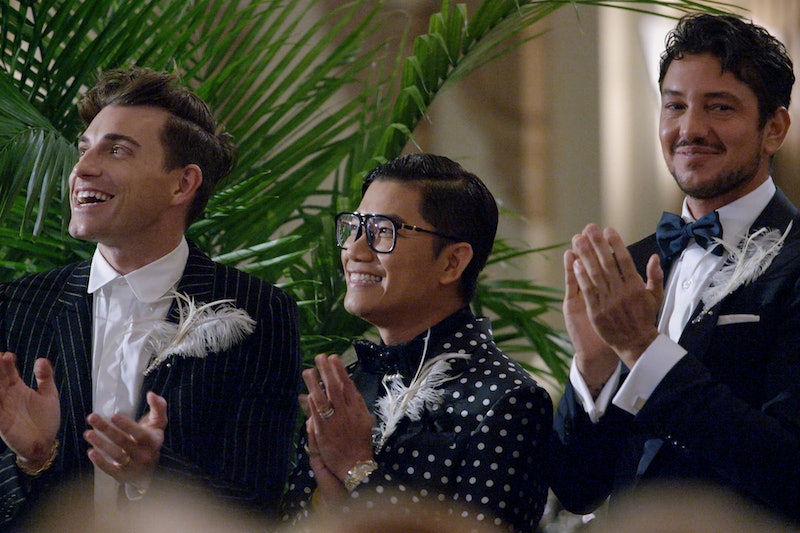 One of three new reality TV stars introduced by Netflix's Say I Do is fashion designer Thai Nguyen. Alongside interior designer Jeremiah Brent and chef Gabriele Bertaccini, he serves as the Queer Eye-esque wedding show's dress expert, and despite being an extremely accomplished professional already, he remains flabbergasted by his new role.

In a lengthy Instagram post, Nguyen shared why the milestone feels so significant to him as a Vietnamese-American creative. "In the already highly competitive industry of fashion, I was often told to rethink my name, or change it to something easier to pronounce. Some even outright said to use something 'less Vietnamese,'" he wrote. He went on to explain how years of hard work allowed him to eventually finance his own brand, Thai Nguyen Atelier.

"Scout Productions and Netflix have given me a once in a lifetime opportunity to be my true self," he continued. "Finally, I’ve been noticed. Finally, I have a voice. I am forever grateful and promise to use this platform to share my experiences and my journey as a Vietnamese-American fashion designer who lived my dreams by staying authentic to myself. If you’ve ever felt different, lesser than, or on the outside — this promise is especially for you."

Thai's excitement for participating in the show is undeniably genuine, as displayed in a candid video of him watching the trailer for the first time, and the premiere countdown on his Instagram. But it isn't the first time his work has appeared on a national stage.

According to his brand's website, he has dressed stars like Katy Perry, Jennifer Lopez, Samira Wiley and Bebe Rexha. But he hasn't limited himself to ensuring only Hollywood stars look their best — he believes that every woman deserves access to high fashion at an accessible price, which is why he created a second line, T’AIME, which offers some clothes and accessories priced under $100.

Thai learned to sew at age nine, according to his bio for the Fashion Institute of Design & Merchandise, because his parents owned a private sewing school. They didn't want him to pursue fashion because of the inevitable difficulties he would face, and he did it anyway. Now, he wants to encourage others to do the same.