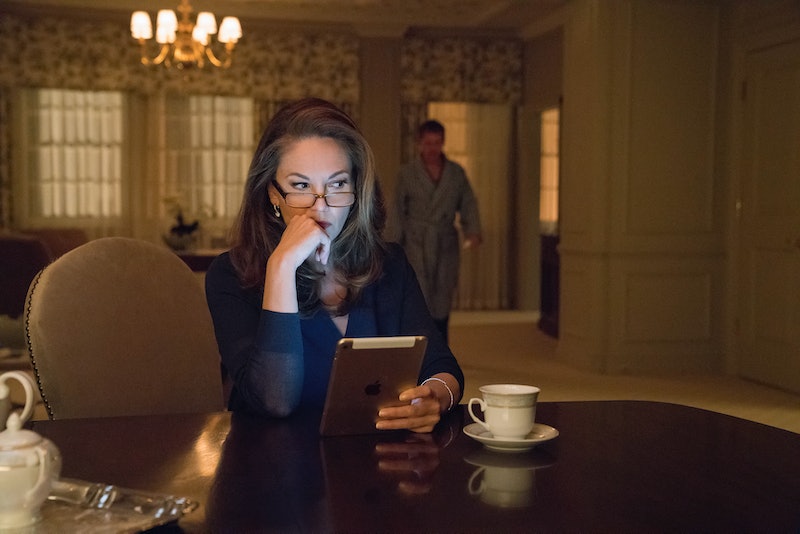 Anyone who's joked with their friends about wanting to ban men will definitely be intrigued by FX's newest show. The new Diane Lane-starring series Y will feature a world without men, and it better come fast. The newly greenlit series is based on DC Comics' Y: The Last Man by Brian K. Vaughan and Pia Guerra. And it features a world where, literally, there is just one man on the entire Earth.

The news about the show came on Monday at the Television Critics Association (TCA) press tour, Entertainment Tonight reported. FX has already given Y a series order, so it sounds like the network is confident the adventurous new show will be a hit. Y will premiere on the network next year, and there's sure to be plenty of buzz around it before then.

ET describes the show's setting as a post-apocalyptic world that is dealing with the aftermath of an event that's left nearly all of the men on the planet dead. It sounds like there's still some sort of world order, though: Lane's character, Jennifer Brown, is a junior senator in this brave new world. So there's still some kind of legal system in place, even if the population has dwindled pretty significantly.

The outlet also noted that Jennifer has two children in the series, Yorick, played by Barry Keoghan — presumably the last man — and Hero Brown, played by Imogen Poots. Hopefully, with a government that's run entirely by women, Jennifer has a decent healthcare plan to care for her family, as well as a generous paid family leave policy. I mean, there have to be some tangible benefits to not having men involved in women's health care decisions, right?

Y will also star Amber Tamblyn, Lashana Lynch, Juliana Canfield, and Marin Ireland, FX revealed in a press release obtained by Bustle. Tamblyn tweeted her excitement about the news on Monday, saying her character is "unlike anything I have ever done before."

"This show will be powerful, trust me," Tamblyn tweeted. The actor's message is intriguing, especially since her character doesn't have a name yet on the Y IMDB page.

So far, FX has released one photo from the upcoming show, and it hints that the transition to the new world order isn't exactly smooth sailing. The picture shows a shadowy figure, which Entertainment Weekly has identified as Jennifer's son Yorick, walking through a pile of corpses on the ground. Yorick, the only man left in the new world, is also holding a pet carrier that the outlet explained is home to his pet monkey, Ampersand.

Fans shared their excitement about the new series on Twitter, too. "I've been waiting for a Y adaptation for so long," tweeted writer Christian Holub. "Never thought this day would actually come," added writer Oliver Sava. It sounds like for fans of the comic book series, the small-screen adaptation has been a long time coming, and there's plenty of joy that it's actually happening.

In the press release, FX said that the show would "explore gender, race, class, and survival." And between this and The Handmaid's Tale, it looks like audiences are hungry for post-apocalyptic TV shows that address gender issues in pretty extreme ways. While a man-free world probably isn't the most ideal future, it's definitely an interesting premise for a TV show.