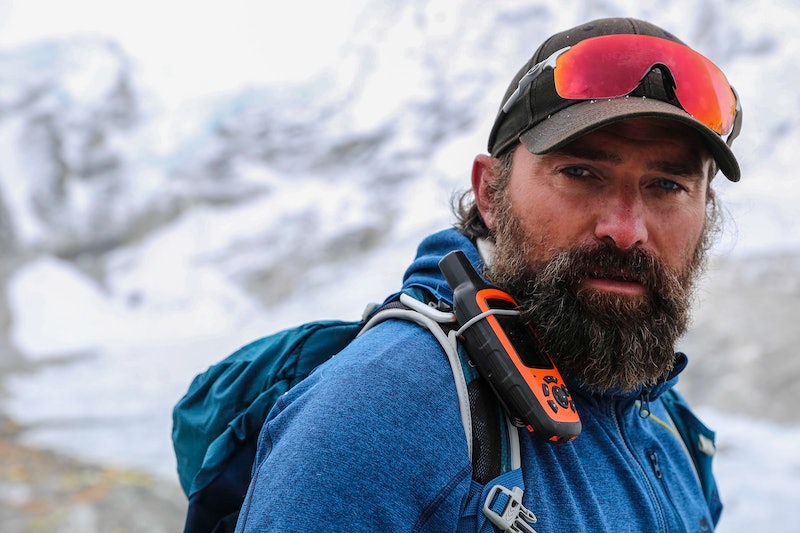 On Monday night (Oct. 28), Channel 4 will be re-airing Ant Middleton's ultimate challenge — reaching the summit of Mount Everest. The hour-long documentary saw Middleton face the elements on the world's tallest mountain, including the harrowing experience of being caught up in an unexpected storm. But did Ant Middleton summit Everest?

Initially aired in Nov. 2018, Extreme Everest with Ant Middleton documented the former soldier's ascent and descent of the mountain. Middleton successfully reached the summit of Everest during "five-and-a-half week expedition," as the Belfast Telegraph reports. But it wasn't without a dozen close calls.

"My mindset when at the top of Mount Everest at the summit when a storm came in, only one way down, people were literally blown off the mountain, I had three people blown off," he explained to Virgin Radio presenter Chris Evans (via The Sun). "It was telling me I wasn't coming home and I remember the panic that engulfed me for 10 seconds. And this is no word of a lie, I thought to myself I am dead."

"I didn't want to be up there as a monument, statue frozen on Mount Everest, I just wanted to jump off into the abyss. That actually went through my mind." He continued to explain how he had to quickly take control of his mind and remind himself that he was "very much still alive", and that he could make his way down Everest.

"That is why I know and I understand the mountain so much better now, as I understand why people are still up there because they let the situation define them, and I almost let that happen to me."

Despite making it off the mountain alive, his wife Emilie wasn't too happy discovering his near-death experience. "She never holds back her opinion, though, like calling me an idiot when she found out how close I'd come to death on Everest," Middleton told the Belfast Telegraph. "To be fair, I agreed with her!"

"After that harrowing time on Everest, when I finally got to speak to her, I rarely cry, but I shed a tear and couldn't speak because I was so choked up. I feared I'd never hear her voice again."

Thankfully Middleton survived, and as he told the Telegraph, his Everest climb taught him one thing: "Be careful what you wish for".

More like this
This Pre-'Love Island' Video Of Olivia & Zara Together Changes Everything
By Bustle UK
A New Netflix Doc Will Explore The Unsolved Murder Of Jill Dando
By Sam Ramsden
Every Season Of 'Love Island' Ranked Best To Worst
By Alice Broster, Frances Stewart and Sophie McEvoy
Twitter Can’t Make Up Its Mind About Ekin-Su’s 'Dancing On Ice' Skate-Off
By Sophie McEvoy
Get The Very Best Of Bustle/UK
Sign up for Bustle UK's twice-weekly newsletter, featuring the latest must-watch TV, moving personal stories, and expert advice on the hottest viral buys.