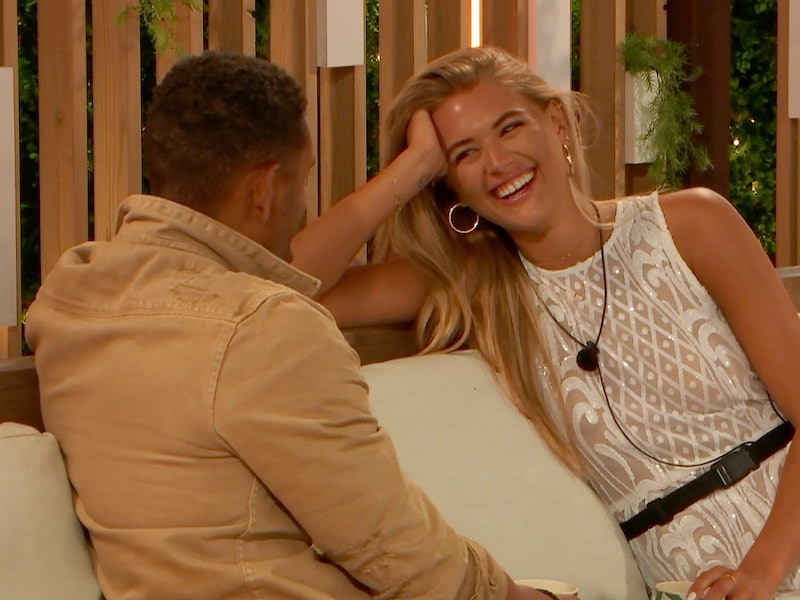 There's a lot happening in the Love Island villa. Hook ups, make ups, break ups, and of course, poor Anton getting none of the above. I mean let's be honest he mugged himself with the mum bum-shaving reveal didn't he. Some people however, have had a decidedly different experience. Some just stroll through the doors, lock eyes with one hot babe and there is an instant connection from their first time meeting. But is it their first time meeting? Did Arabella and Danny know each other before Love Island?

It has been far from smooth sailing for the pair, but their mutual appreciation has been clear AF since their first meeting. Which has had some keen eyed web sleuths wondering if the pair might actually have a pre-villa connection, with the news that they both work as ASOS models sending Twitter into overdrive. Fans are convinced that the pair must have met each other on a shoot, or an event, or after party. The images posted on social media show Danny posing in menswear and Arabella posing in maternity wear, which must be a bit of an affront to actual pregnant models who could probably do with the work.

Then there was the fact that Arabella used to date Charlie Frederick, as Cosmopolitan reports. It was originally reported that Frederick is Danny's "best friend," though the former Love Island contestant has since come out to say that the pair in fact met each other once on a photo shoot.

It is absolutely not against the rules to know someone ahead of entering the villa. As a matter of fact, Curtis fessed up to messaging Maura on Instagram to say she was a babe. It is all well and good. But for some reason, fans definitely have it out for Danny and Arabella. That some reason being the love triangle between Danny, Arabella, and Yewande.

Yewande was coupled up with Danny when Arabella moved into the villa. He had told Yewande that his head wouldn't be turned, but when Arabella came through he basically went full The Exorcist vibes and spun his head right round. Much to the annoyance of Yewande the pair got closer and closer despite her attempts to keep Danny on side. During the re-coupling, Danny chose Arabella meaning Yewande had to leave.

Seeing how upset she was caused a lot of grief to others in the villa, especially her best friends Amber and Anna who were basically apoplectic when the newly coupled ASOS models were getting cosy pretty much the second Yewande went. Their reaction has, in a way, split the nation, with some being calling it squad goals, and suggesting their behaviour amounts to bullying. As a matter of fact, there's even been complaints to Ofcom about it; The Sun reports there were 192 to be precise.

Whatever the fellow Islanders believe about the pair, they have been super affectionate and enjoying getting to know each other. I guess a real test of their loyalty for each other will be the arrival of new islanders which according to The Sun, might well be any minute now.

The power of public opinion will be in force tonight when the least voted for couple will be kicked off the island. So who knows if the pair will even get their chance to turn their heads.