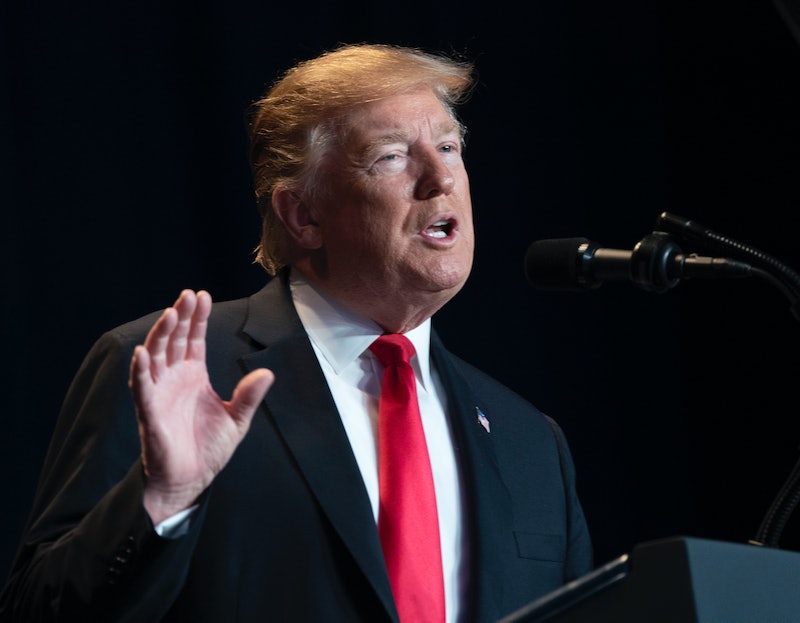 One day after House Intelligence Committee Chairman Adam Schiff announced an investigation into President Trump's finances and possible ties to Russia, the president on Thursday alleged on Twitter that Republicans never investigated former President Barack Obama. Trump went on to condemn Schiff's investigation as a "witch hunt," but according to PolitiFact, Republicans did in fact investigate Obama.

"The Dems and their committees are going 'nuts,'" Trump tweeted on Thursday. "The Republicans never did this to President Obama, there would be no time left to run government. I hear other committee heads will do the same thing. Even stealing people who work at White House! A continuation of Witch Hunt!"

As PolitiFact pointed out, the GOP controlled at least one chamber of Congress for the last six years of Obama's presidency. During that time, PolitiFact and The Washington Post reported that Congressional Republicans launched at least five investigations into the former president: the attack on the Benghazi consulate in 2012; loans to the solar company Solyndra from a campaign bundler for Obama; sales of guns to Mexican nationals to track down drug cartels as part of Operation Fast and Furious; the initially inoperable state of the Affordable Care Act website when it was launched in 2014; and allegations that IRS officials were disproportionately targeting conservative groups.

It is true that Congressional Republicans never launched an investigation into Obama's private business as Democrats hope to do with Trump — but that's because Obama did not have a private business. PolitiFact also noted, despite his claims that Republicans "never did this" to Obama, that Trump actually tweeted about all five of these investigations before he became president.

Citing the Trump Twitter Archive, PolitiFact reported that "Trump tweeted 15 times on Solyndra, 13 times on Fast & Furious, three times about the IRS bias controversy, 58 times on Benghazi, and 28 times about the problems of the Affordable Care Act website." As The Washington Post pointed out, Democrats' announcement that they will begin investigating Trump is not that different from what Republicans did under Obama.

For the first two years of Obama's presidency, Democrats controlled both the House and Senate — as Republicans did for Trump's first two years in office — but as soon as Republicans regained control of the House in 2011, the new GOP majority was quick to launch investigations into Obama. Now, Trump is experiencing a similar phenomenon from Democrats who retook control of the House during the 2018 midterm elections.

This is not the first time that Trump has condemned investigations into his administration. The president has routinely described special counsel Robert Mueller's investigation into his campaign's alleged ties to Russia as a "witch hunt," and according to The Hill, he has gone so far as to call it "illegal" and demand an end to the investigation. But Trump's attitude toward investigations has not appeared to deter Schiff, who on Wednesday announced that his committee — and possibly other congressional committees moving forward — would open investigations "beyond Russia," per CNN.