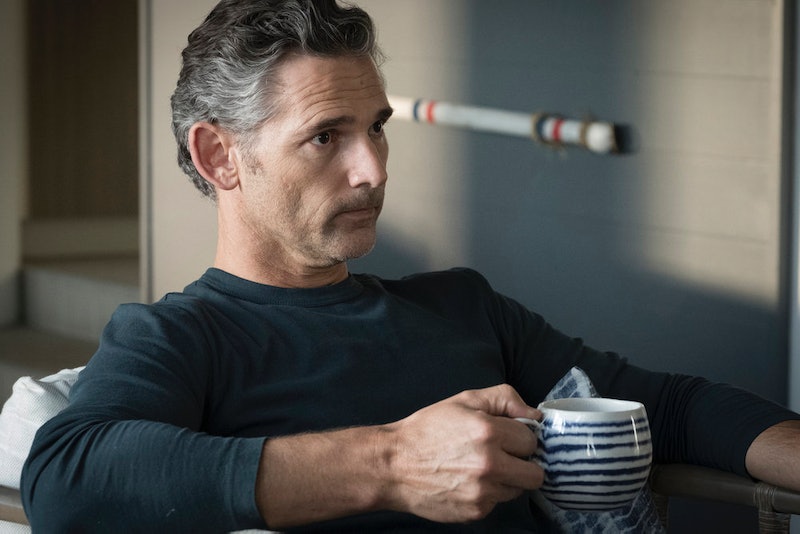 As anyone who’s watched Bravo’s Dirty John or listened to the Los Angeles Times podcast of the same name will know, John Meehan was a man who had a hugely negative impact on the lives of Debra Newell and her family. Debra’s daughters never trusted him, and things only got worse the longer he was in their mother’s life. But before the rift began with his new romance’s family, he also had a past life he’d left behind. John Meehan had two daughters with ex-wife Tonia Sells (now Bales), according to the LA Times, and though their father has skyrocketed into infamy, they seem to be continuing on with business as usual.

The Times doesn’t call the daughters out by name — only notes that they came along during John’s marriage to Tonia, during which she also helped put him through nursing school. The article says John seemed to Tonia like “a playful father and a pleasant husband,” before the lies and secrets he kept started to come out.

Despite the fact that the daughters don’t have much of a presence in the podcast, and for now, the Bravo series, People magazine reports that their names are Emily and Abigail Meehan, and that they’ll be featured in an Oxygen documentary special airing next year about John’s deception.

Emily Meehan actually has spoken about the ordeal in the past — she appeared on the true crime podcast, Murderish, back in April. The site says she was just five years old when her parents divorced, and given that she’s the oldest of the two daughters Tonia and John shared, it’s safe to say that neither of the sisters were old enough to know the details about what was happening. After the Dirty John podcast came out, though, it caused Emily to take another look back at the man she knew.

“I was really young. I was 5 years old when they got divorced. But after this podcast, I really asked myself — did he have the ability to love? And if he did, that would hopefully be me and my sister,” Emily told the podcast. “But my mom went through hell in court trying to get custody, and I wonder if those intentions of his were actually to get custody, or just to even moreso drag her along. That’s always been a question of mine that unfortunately won’t be answered.”

She added that when John was still in her life, he'd flake on coming to her dance competitions or often wouldn’t be where he was supposed to be for visitations after the divorce. Emily also questioned if John would’ve been more invested in his daughters post-separation if they’d been boys. “It seemed like John didn’t like women, and even though I was a little girl, I just wonder if it would’ve been different if I was a son,” she continued.

The podcast reports that at the time of recording, Emily was poised to graduate with a degree in nursing, and was toying with the idea of becoming a midwife. Emily also acknowledged that she and Abigail have a half-sister who was born after one of John’s affairs, but she chooses to stay anonymous.

The Murderish episode also notes that Emily has a YouTube channel called Em&Dex that focuses on a lot of nursing and nursing school topics. A look at the channel is very positive and upbeat — not at all dedicated to discussing her father. In one video from late 2017, she does mention that her biological dad was killed the year before, and that parts of the circumstances have “freaked her out,” but declines to elaborate further.

Overall, though, Emily told the podcast that they’re doing well. Emily’s Instagram feed shows photos of her, her mother, and her sister attending the Dirty John television premiere, and even snapping a photo with actor Eric Bana, who plays John in the show. Though their lives began with a father figure who turned sinister, things seem to be going well with John out of the picture for good.