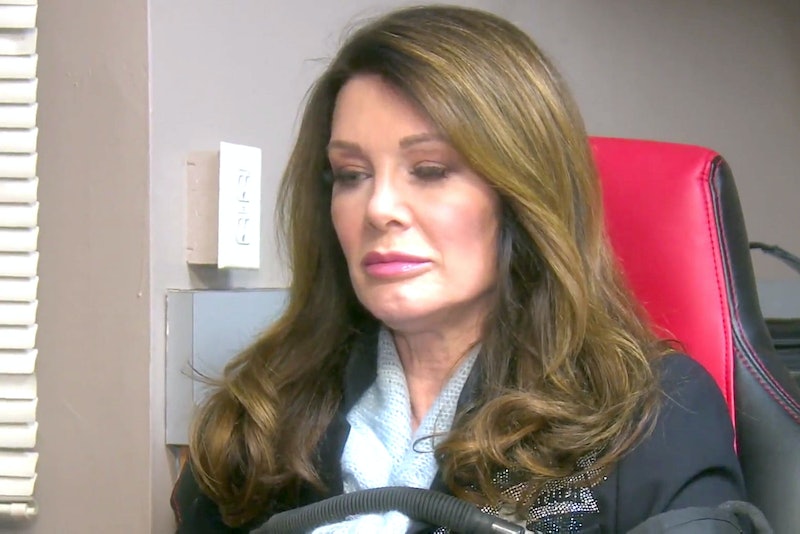 Real Housewives fans have seen some true stunts go down on this show, but the latest on Real Housewives Of Beverly Hills takes the cake. This is a season that’s focused on a dog named Lucy Lucy Apple Juice and the fallout from it being adopted and then unceremoniously unadopted. Now we have Lisa Vanderpump arranging a lie detector test! But was Lisa Vanderpump’s lie detector test on Real Housewives Of Beverly Hills real? The jury is out on the efficacy of the test to begin with.

In order to clear her name and to make the other women believe that she’s not planting stories in the press, Lisa opted to take a lie detector test on a recent episode of Real Housewives Of Beverly Hills. According to the American Psychological Association, lie detectors, or polygraph tests, are well known from TV and movies, but they’re not as foolproof as you’d think. Polygraph tests get results based on physiological responses, and because an honest person may be nervous and a liar may be able to keep his or her cool under pressure, “there is no evidence that any pattern of physiological reactions is unique to deception.”

Basically, if Lisa’s test were real, it doesn’t mean she was telling the truth or lying. There’s no way to know for sure.

Still, Lisa maintains that she did the test for clarity and that it was completely real, as demonstrated in the tweet above. “I say that when people are accusing you and they don’t believe you, what other choice do you have?” she told Hollywood Life. “I actually did it more for the audience than the women to just basically say I’ve got enough confidence in the fact that I’m one thousand percent innocent to go do whatever it takes.” It probably didn’t work, though, as Kyle tweeted her disbelief when the lie detector episode aired. “Who ordered the test?” she asked. Erika also agreed with Kyle's disbelief, telling Andy Cohen on Watch What Happens Live!, "Who did this?"

Bravo tapped polygraph expert John Ross of NY Polygraph to shed some light on the whole polygraph process, and he said that Lisa's passing the test could be legit. He explained that small lies are easy to get away with because there's nothing at stake, but it's the big ones that tend to show up on the tests. "There’s no loss there, you’re not facing prison time, you’re not facing the loss of a job or a marriage, or risking something big,” he said. “Depending on what your reputation is, if you’re a big executive and what you’re being tested for has significance to it, and you have a lot to lose, then yeah, you have a [lot hanging] on it.”

True? False? Who knows? One thing is for sure, though — Lisa’s lie detector test hasn’t done much to patch things up with Kyle, and it hasn’t fixed her relationship with Dorit, either. Lisa recently told Us Weekly that she hasn’t spoken to Dorit and PK since their blowout over dinner. Lisa admitted to Entertainment Tonight that she wasn’t sure if she’d be at the Real Housewives Of Beverly Hills Season 9 reunion, and it’s not hard to see why — she has not one single ally this season. Lisa is outnumbered, and taking that lie detector test won't change it one bit.