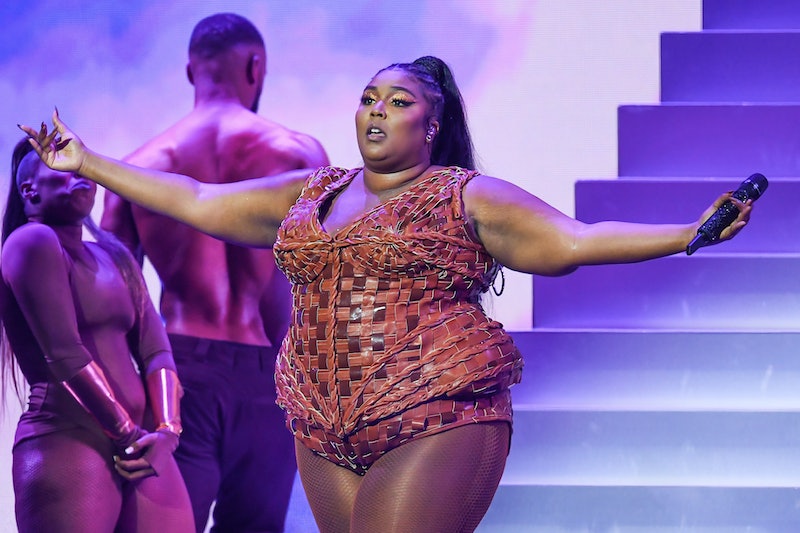 Many people on social media are mad at the man formerly known as Puff Daddy right now, but what actually happened is not what they think. Diddy didn't mean to stop Lizzo from twerking on Easter, as fans thought he tried to do during his Instagram Live on Sunday, April 12. Rather, he only wanted the artist to switch her choice of song to keep things "family-friendly."

On Easter Sunday, Diddy hosted the "world's biggest dance-a-thon" on his Instagram, which included guests like ex-girlfriend Jennifer Lopez and her fiancé Alex Rodriguez, in an effort to raise money for healthcare workers who are working in underserved areas during the coronavirus pandemic. But when Lizzo joined the party, things got a little awkward as she started twerking while virtually dancing with Diddy's sons..

"Whoa, whoa, whoa," Diddy shouted, rushing into the frame and making her stop the music, as per Entertainment Tonight. "It's Easter Sunday, let's play something a little more family-friendly." Lizzo immediately apologized multiple times, looking slightly flustered. "Let's do something fun... play something I can bop to," she said, not hesitating to suggest her own smash hit. "Play 'Juice' by Lizzo," she requested, like a true boss.

Despite the rapper asking her specifically to change the song, footage of the moment frustrated some viewers, who thought Diddy wanted Lizzo to stop twerking completely. Their emotions were magnified when model Draya Michelle also twerked on the livestream later on, but received praise from Diddy rather than a request to stop. "You killed that," Diddy told her. "I think that was one of the top performances." Many fans were not happy about what looked to be a double-standard between Lizzo and Draya, with some even accusing Diddy of fatphobia.

However, after the backlash, Diddy took to Instagram Stories to clarify his intentions in asking Lizzo to stop. "My queen, my sister Lizzo, when I stopped the music it was 'cause it had a lot of curses in there, not 'cause she was twerking," he said in a video message with his kids. "She's one of the best twerkers in the world. You're allowed to twerk on Easter. There was a lot of cursing in the record. And I don't need child services knocking on my door right now, you understand?"

Lizzo reposted Diddy's explanation to her own Instagram Story, making it clear that she understood his request and there's no online drama between the two. Now, in the name of the holy spirit (a.k.a. Lizzo), twerking should be required on Easter Sunday.