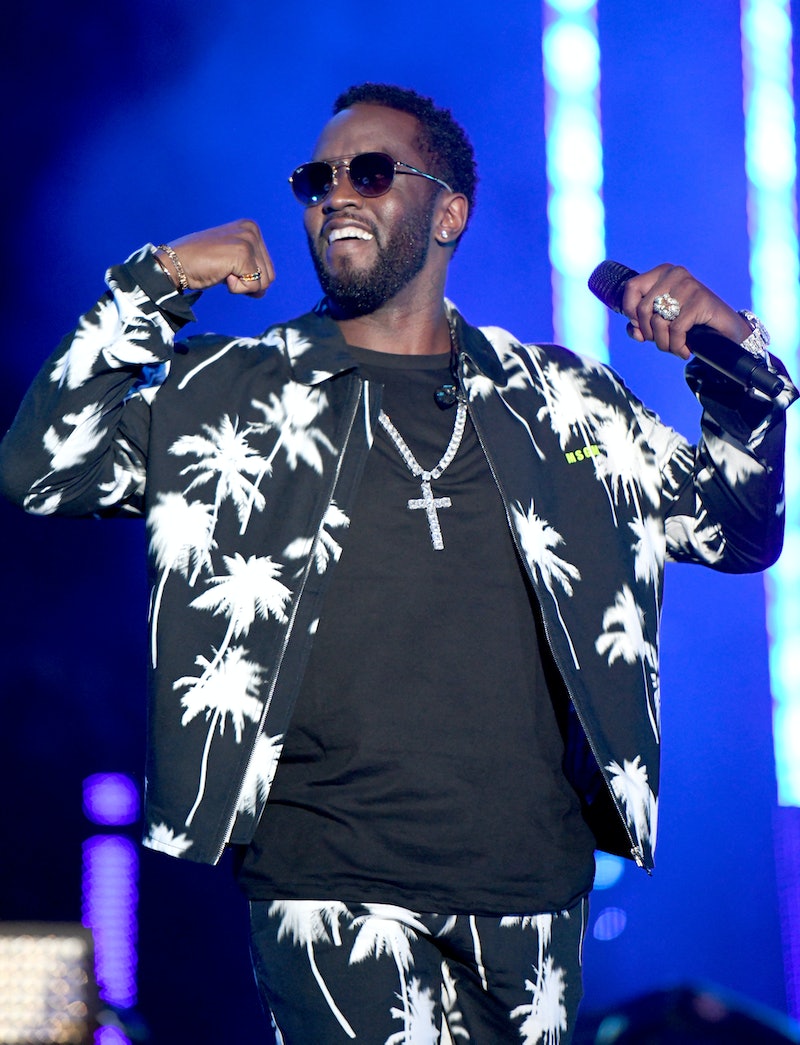 Last week, Sean "Diddy" Combs, formerly known as Puff Daddy, P. Diddy, and other pseudonyms, asked a question on Instagram: "Should I do Making The Band again?" He even coined a new hashtag, #IWantMyMTB, for fans who wanted the former MTV reality show to return. The response was overwhelmingly in support of the show coming back, and now, it's official. Diddy is bringing back Making the Band, with a new season scheduled to premiere in 2020 back home on MTV.

“MTV and I are back together again!," the Grammy-winning rapper and businessman said in a statement obtained by Bustle on Monday, July 15. "Making the Band is coming back bigger, bolder and more cutting edge. MTB on MTV was the pioneer of reality TV. We're going to bring that supernatural energy back to the format and bring the world it's next global superstars."

Not only is Diddy returning to MTV to find the next breakout superstars, but he wants you to audition. On Monday, the rapper also announced an open casting call across all social media platforms. Fans who are at least 18 years old and want a shot of making their music dreams come true can upload an audition video onto Instagram, Twitter, or YouTube using the hashtag #MTBCasting.

Diddy made the big announcement in a video posted to his Instagram and Twitter on Monday, calling it his “decision day."

“Sometimes you live in your own bubble and you may not really know the importance of something that you created,” he said in the video. “With Making the Band, myself and MTV, we created something special. We empowered young talent from all over the world, no matter what hood they was from, no matter what background they was from, everybody got a chance if they could sing, they could rap, they could dance, if they could show their talent. I loved it, it was one of the happiest times of my life.”

Making the Band first premiered on MTV in 2002, where Diddy transformed undiscovered talent into chart-topping groups and solo artists, including the boy band Day26 and the girl group Danity Kane, who released two number one albums during their time on the series. Future seasons of the show captured the careers of these breakout artists in real time, including the major successes, behind-the-scenes drama, and, in Danity Kane’s instance, their ugly split (some members have since reunited, without Diddy's involvement).

“We couldn’t be happier to welcome back the incomparable Sean ‘Diddy’ Combs to his rightful home at MTV,” said Nina L. Diaz, MTV’s President of Entertainment, in a statement obtained by Bustle. “’Making the Band’ was ahead of its time and the ultimate disruptor – fans everywhere have been clamoring for a return and they are in for the biggest, most iconic season yet.”

In today's social media-dominated age, it feels apt for a show like Making the Band, chronicling the highs and lows of new artists in the music industry, to return, giving fans even more access to their potential future icons.

More like this
Hilary Duff's Husband Matthew Koma Has Her Name Tattooed On His Butt
By Jake Viswanath and Stephanie Downs
Cruz Beckham Teased New Music With An Adorable Nod To Mom Victoria Beckham
By Stephanie Topacio Long
Britney Spears Shares & Deletes Photos Of Justin Timberlake From 22 Years Ago
By Jake Viswanath
The Bachelor’s Christina Mandrell Comes From One Of Country Music’s Most Famous Families
By Brad Witter
Get Even More From Bustle — Sign Up For The Newsletter
From hair trends to relationship advice, our daily newsletter has everything you need to sound like a person who’s on TikTok, even if you aren’t.