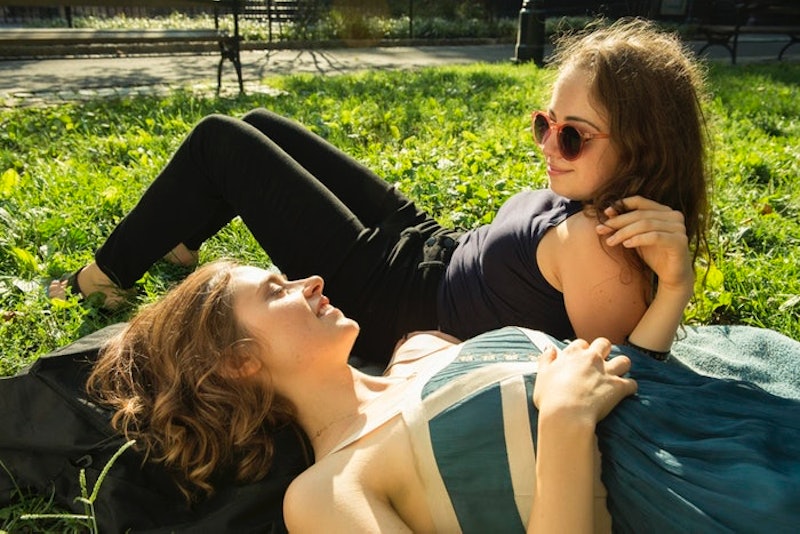 With summer finally on its way, folks are starting to cobble together their summer vacation plans. And while people of all ages love any opportunity to break free from work, it appears that older and younger generations have very different ideas about travel, and what they want to do with their time off come July and August. In fact, according to recent summer travel survey, millennials are more into scoping out new cities and/or hanging out with their friends and families than some of the other generations, while Gen Z's intrepid teens want to seek out some high-adrenaline adventures. Then again, most travelers still want to sit on a beach. The world is full of choices!

The survey, conducted by credit card company Discover, polled 1,100 Americans over the age of 18 to find out their preferred summer travel habits. For Gen Zers, i.e. people born after 1996, relaxation is on the low end of the scale, with only 14 percent looking for that in a trip. Adventure was a big seller for the youngest generation, with 30 percent of Gen Zers ranking that first. Exploring new cities and spending time with friends and family rounded out the middle, with 22 percent ranking each of those first. Least important to Gen Zers was nightlife, at 2 percent.

For millennials, spending time with friends and family ranked highest, at 28 percent. That was followed by a desire to explore a new city or destination, at 26 percent, and relaxation, at 24 percent. On the lower end was adventure (8 percent) practicing a passion or hobby (4 percent), volunteering (4 percent) and nightlife (2 percent).

Boomers were most down to spend time with loved ones, with 36 percent claiming that was their preferred vacation activity. 30 percent picked the relaxation, 22 percent wanted to check out new places, 7 percent yearned for adventure, 3 percent felt the need to practice their passions, and 1 percent wanted new nightlife.

And the silent generation, i.e. folks born from the mid-1920s to the early-to-mid 1940s, were most invested in spending time with friends and family, at 46 percent, but 27 percent of respondents wanted to check out new cities and destinations. Nine percent sought adventure, and 2 percent wanted to practice their hobbies. Unsurprisingly, none of the older folks were in search of hot nightlife spots.

As for where people wanted to go, almost every generation wanted to go to the beach, although at 30 percent and 31 percent, millennials and Gen Xers respectively ranked it the highest (Gen Z and the Silent Gen were at 22 percent, with Boomers at 21 percent.) 17 percent of millennials said they wanted to go to an urban destination, as did 15 percent of Gen Xers. 29 percent of Silent Gen-ers were down to cruise, which, if you've ever been on a cruise, makes sense. 27 percent of Boomers were most invested in taking a road trip, which appealed least to Gen Zers. As a whole, everyone was least invested in taking a staycation, because who wants to spend their precious summer vacation days at home?

One of the most shocking things about the survey, though, was how few people of any generation use credit card points to take trips — 26 percent of respondents said they "never" use their points for travel, and 20 percent said they use them only once a year. As someone who recently used her credit card points to go to both California and Key West for free, might I suggest changing that up?