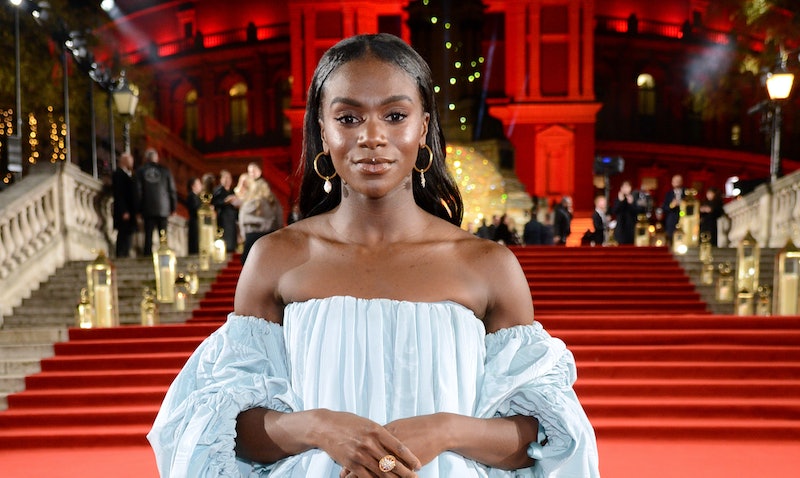 This is well and truly Dina Asher-Smith’s season. Unless you’ve been living under a rock you’ll know that it is currently the Athletics World Championships in Doha and the meet has been phenomenal for the female athletes involved. From Shelly-Ann Fraser-Pryce’s record-breaking victory to Allyson Felix usurping Usain Bolt to become the most decorated track athlete just 10 months after giving birth, it's been a great competition. But to me one of the greatest MVPs is without a doubt Dina Asher-Smith, and here’s why.

Asher-Smith has been one to watch since day one of her time on the athletics field. She became a double European sprint champion back in 2013, the BBC reports, and the first British woman to run 100m in under 11 seconds in 2015. The athlete went on to come fifth in the 200m race at the 2015 World Championships, recording a time of 22.73s.

She then became one of the poster girls for British sprinting, and rightly so, because her performance in Doha at the 2019 World Championships asserted her as one of the greatest British sprinters. It all started with the 100m, where she took home the silver medal, coming second to Jamaica's Fraser-Pryce. If you don't understand the significance of this silver medal, she ran a time of 10.83, which is a new British record. According to the BBC, Britain have not won a medal at the World Athletics Championships since Kathy Cook won bronze in Helsinki in 1983.

After winning the medal, Asher-Smith said "I'm really pleased to come away with a personal best and national record. That is more than you could ever ask for in a world final."

But everything changed when she won the 200m, as she became the first British woman to win an international sprint title. All hail Queen Dina, am I right?

While Asher-Smith's dominating her races right now, it's also her behaviour off the track that makes her the people's champion. Former British athlete Denise Lewis said of Asher-Smith:

"She has great prowess for academia and made the decision she wanted to finish university and do athletics too. Dina has always had a great mindset. Her success is not something that has just happened — it's come as she has evolved. She has always been a determined young lady."

Asher-Smith graduated from Kings College London with a 2:1 degree in history in 2017, and told the Independent in the same year that she had dreams of studying a masters in law. Seriously, is there anything this girl can't do?

Asher-Smith can also add "model" to her resume, after walking the runway for Virgil Abloh's brand Off White, at Paris Fashion Week. Yep, thats right, Paris. Asher-Smith took to the runway in a neon yellow body suit and she looked incredible.

She has also always been an advocate of female athletics and the bias that many women in sport face, telling Vogue, "Meanwhile, women who show any sporting passion risk being told off for not keeping their feelings in check, while men are often applauded for the same kind of behaviour. At the end of the day, everyone should just be blown away by the fact that one of us jumped over 7m or ran 100m in 10.7 seconds." Here, here, Dina.

On top of all of that, Asher-Smith is winning people's hearts because she just seems like such a genuine person. From the looks of her Twitter, she's a big Bake Off fan, retweeting part of a comic strip that is, quite frankly, all of us when watching the show.

It also looks like Asher-Smith is a fan of Game Of Thrones as, during an interview with Elle, she told her interviewer Liv Little: "Sorry, my phone’s blowing up because I started watching Game of Thrones yesterday…" According to Elle, she was binge watching seven seasons to keep up with her friends. A girl after my own heart.

One thing that stands out about Asher-Smith is her attitude. In every interview that she does, she comes across as humble and charming, even though she's currently one of the fastest women in the world. Theres no ego, nothing. She told Elle that she uses the Japanese principle of kaizen, which means "change for the better." Asher-Smith believes that this principle helps her to stay positive. "Even when something happens that seems overwhelmingly bad, I still always try to pinpoint [a positive aspect], such as, 'You improved, so when this is over, you’ll be better afterwards,'" she told Elle. A champ through and through.

For someone with an attitude as inspiring as her, I couldn't think of anyone more deserving of success than Asher-Smith. The way she dominates on the track, advocates for female athletics, all while managing to get a history degree, is what makes her the people's champion.

More like this
Prince William Reveals Charlotte's Hidden Talent In Ultimate Proud Dad Moment
By El Hunt
At 28, Emma Thompson Was Already A Star — But Unhappy In Love, Actually
By Olivia-Anne Cleary
You’ve Been Singing “Teenage Dirtbag” Wrong This Whole Time
By Bustle UK
'The Undeclared War' Spotlights The Real-Life Threat Of Cyber Attacks
By Maxine Harrison
Get The Very Best Of Bustle/UK