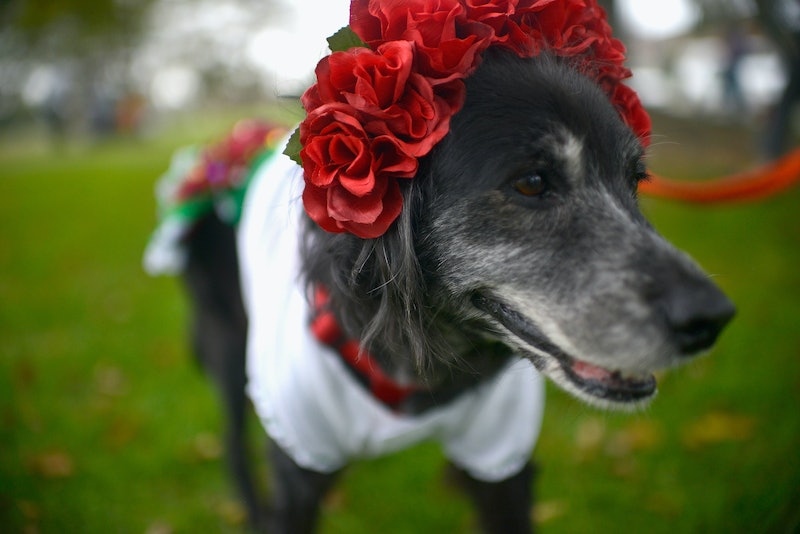 It’s safe to say that any attentive dog parent can easily see that dogs recognize the words that they’ve been taught, but just how they do that has never been fully understood by researchers before. Now, a new study published in the journal Frontiers in Neuroscience, shows how dogs process language, and scientists found that dogs do have at least a basic understanding of the words that their humans teach them.

According to U.S. News & World Report, dogs’ brains respond to words that they’ve been taught, as well as new words. The new study is the one of the first to use brain imaging scans to examine how dogs process the words that they learn, and also, how those words are associated with objects. Researchers found that dogs can differentiate between words that they already know and those that they don’t, while also being able to associate words with familiar objects.

“[D]ogs have the capacity to process at least some aspects of human language since they can learn to follow verbal commands,” lead study author Gregory Berns, a neuroscientist at Emory University, was quoted in a recent press release as saying. But previous research has been inconclusive as to whether dogs actually understand words, or instead rely on other clues like gestures, emotional expressions, or other visual cues from their people.

For the purposes of this study, 12 dogs of different breeds were trained for several months prior by their owners to fetch two different toys, based on the objects’ names, as well as to sit still in an fMRI machine. Each toy had a different texture — one soft and one rubbery — in order to help the dogs better differentiate between the objects. Training was considered complete when dogs could successfully fetch one object over the other based on the toys’ names, Emory University further reports.

U.S. News & World Report says that once the dogs were trained, researchers then performed scans on the dogs. During the scans, dog parents stood directly in front of their dogs, and called out each toy by name while holding up the toys for the dogs to see. The owners also called out nonsense words while holding up random objects. U.S. News & World Report further reports that the fMRI scans showed that the dogs’ brains showed greater activation in the auditory centers when hearing nonsense words as opposed to familiar ones — which is opposite to humans. Researchers suggest that since dogs want to please their people so much, they were trying hard to understand the unfamiliar words in order to satisfy their owners, hence the uptick in activity in this brain region.

And while research shows that dogs do have the ability to understand human words, further research is needed to better understand how dogs fully process language. It may be the case that dogs might naturally be more attuned to visual and scent cues than to verbal ones, and that doesn't make them any less of very good boys.

“When people want to teach their dog a trick, they often use a verbal command because that’s what humans prefer … From the dog’s perspective, however, a visual command might be more effective, helping the dog learn the trick faster,” study co-author Ashley Prichard, a PhD candidate in psychology at Emory, said in the press release. So, even though your dog does understand the words that you teach her, visual and scent cues (or a combination of cues) might be most helpful when it comes to training.

More like this
The Mysterious Gunther Corporation From 'Gunther’s Millions' Has Dissolved
By Brad Witter
Pret & Costa’s Coffee Is The Strongest On The High Street, According To Which?
By Sam Ramsden
The 5 Best Blankets For Puppies
By Jenny White
Picky Eater? Sensitive Stomach? This Vet Nutritionist-Designed Dog Food Has A Plan For That
By Maria Cassano
Get Even More From Bustle — Sign Up For The Newsletter
From hair trends to relationship advice, our daily newsletter has everything you need to sound like a person who’s on TikTok, even if you aren’t.