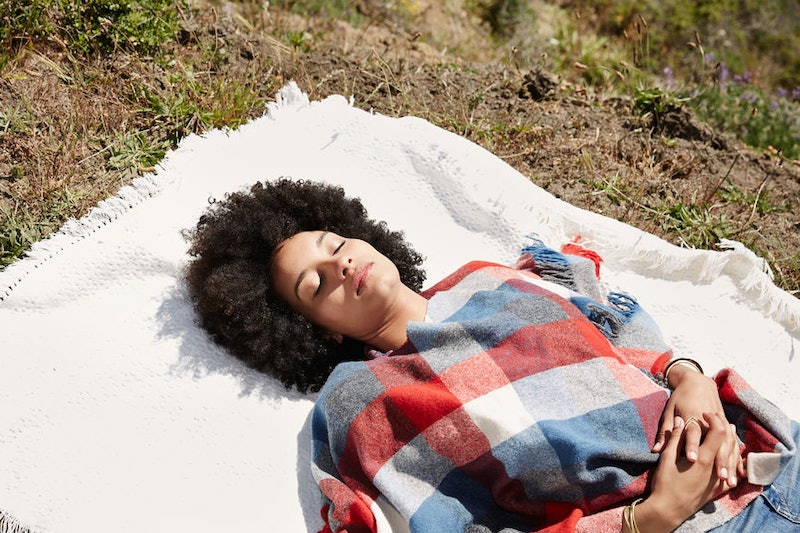 If you've ever struggled to shake off a particularly chilling nightmare, you've probably considered the question: do dreams affect your mood? Research on the topic suggests the relationship is twofold: stress or low mood, particularly that caused by mood disorders, can affect your dreams, while troubled dreams can negatively impact your mood. Wondering if your nightmares are telling you something about your mental health, or perplexed by your nighttime imaginings? Let's take a look at the existing research.

According to Psychology Today, "depressed patients report dreams with more negative mood and emotion than control subjects," while "patients with depression also experience more frequent nightmares." For people with bipolar disorder, a change in dream content — from "neutral or negative" to "bizarre and unrealistic" — might "predict alterations between depressive and manic states." If you have schizophrenia, meanwhile, you might also experience more nightmares than someone without the illness, while your dreams are likely to involve "heightened levels of anxiety and negative affect" as well as "higher frequencies of hostility."

If you're already being treated by a mental health professional, it's worth discussing your dreams with them. If you're not, but you suspect you might have a mental health issue, don't hesitate to speak to your GP.

There's also the possibility that dreaming could actually help to regulate your mood, by enabling you to process emotionally charged events overnight — particularly incidents that spark negative emotions. The Atlantic quotes sleep researcher Rosalind D. Cartwright, who writes in her book The Twenty-four Hour Mind, "What is carried forward from waking hours into sleep are recent experiences that have an emotional component, often those that were negative in tone but not noticed at the time or not fully resolved." As part of a broader study into the association between REM sleep — the phase of sleep where vivid dreams are most likely to occur — she posits that "dreaming modulates disturbances in emotion, regulating those that are troublesome."

According to Cartwright's theory, "dreaming diffuses the emotional charge of the event and so prepares the sleeper to wake ready to see things in a more positive light." Essentially, the connection between sleep and mood is decidedly more complex than "nightmares = disturbed mood." Rather, your dreams could play a significant role in regulating your mood, enabling you to cope with spikes in emotion.

That theory isn't universally accepted, however — according to Scientific American, one Australian study into high school students concluded that "not only did nightmares not stave off anxiety, but people who reported being distressed about their dreams were even more likely to suffer from general anxiety than those who experienced an upsetting event such as the divorce of their parents." The study suggests that disturbing nightmares could negatively influence your mood rather than regulate it, although the magazine notes the possibility that "something is going wrong in the brains of individuals who experience a lot of anxiety, so that normal emotional processing during dreaming fails."

If your dreams are negatively impacting your daily life, there's no need to minimise or dismiss your distress. The NHS recommends speaking to your GP, who might look into whether a health condition is causing your nightmares: obstructive sleep apnoea, depression, or migraines, for example. Psychological treatment might be beneficial, the NHS says, if your nightmares are associated with past trauma. Ultimately, nightmares needn't be a part of your evening routine, nor should you feel obliged to cope with them alone.