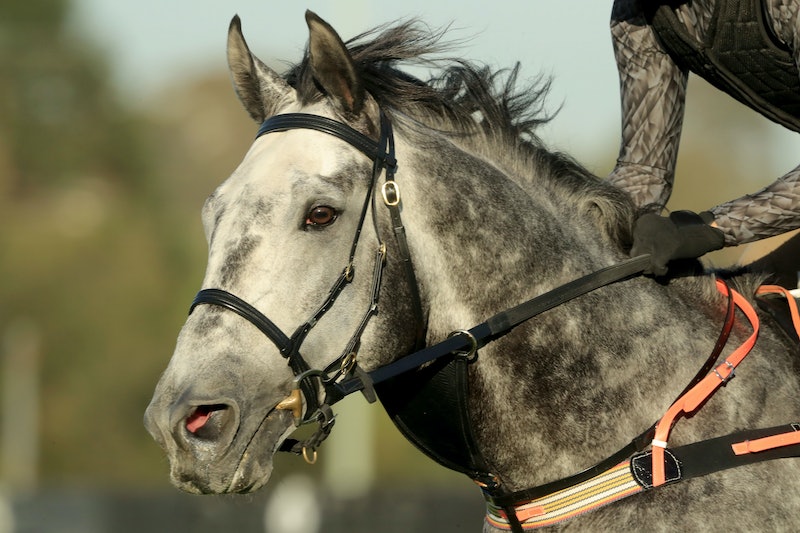 If you have ever owned or spent a lot of time riding with one particular horse, chances are good that you've felt some sort of special connection with them — and wondered if horses even like humans. Maybe you've felt like they were actually your friend, or a small part of your family, and wanted to know if the feeling was reciprocal. Research is now confirming that that connection isn't all in your head — and anyone who has ever had a pet before, horse or not, definitely won't be surprised at some of these recent findings. A new study shows that horses can actually understand and remember human emotions, which is something that makes them seem even more magical than they already did.

This is not the first time scientists have discovered something like this about these animals — previous studies have found that horses can recognize expressions. This new research, though, has found that the animals can not only recognize expressions but can also remember them and link them to a specific face. In other words, horses can recognize human faces and their emotional expressions, something that they then use to discern whether the person is a threat or not.

This latest study was done by researchers at the universities of Sussex and Portsmouth and was published in the journal Current Biology. While it's certainly not the first study down on horse behavior, it is the first one to find something like this.

"We know that horses are socially intelligent animals, but this is the first time any mammal has been shown to have this particular ability," Portsmouth research Leanne Proops said. "What's very striking is that this happened after just briefly viewing a photograph of the person with a particular emotional expression — they did not have a strongly positive or negative experience with this person."

The researchers came to this conclusion after a series of experiments where they showed domestic horses photographs of humans with either a happy or angry facial expression. Later, they showed the horses the people in the photographs, making neutral expressions. During the real life meeting, researchers watched the eye movements of the horses. They found that the horses saw those who had been photographed with angry faces to be more threatening (previous research has shown that horses look at negative or threatening things with their left eye). It's important to note that the humans did not know which photographs the horses had seen before, which was done to eliminate the risk of the humans behaving differently.

Karen McComb, a professor at the University of Sussex, said in a news release, "What we've found is that horses can not only read human facial expressions, but they can also remember a person's previous emotional state when they meet them later that day — and, crucially, that they adapt their behavior accordingly."

This research is incredibly interesting for so many reasons. For one thing, it proves exactly how intelligent and emotional horses really are — that connection that you might feel with one of these magnificent mammals is a real thing. For another, it's an important step toward learning more about these important animals, and maybe even animals in general. We still know so little about what goes on in the minds of some of our favorite animals, and this is one way to understand a little bit more about at least one of them.

In fact, this is more proof that horses may have more human-like behavior than you thought. Previous research has found that horses can deal with chronic stress, experience allergies, and even get the flu. Anyone who has spent a lot of time around horses may not find this type of research particularly surprising.