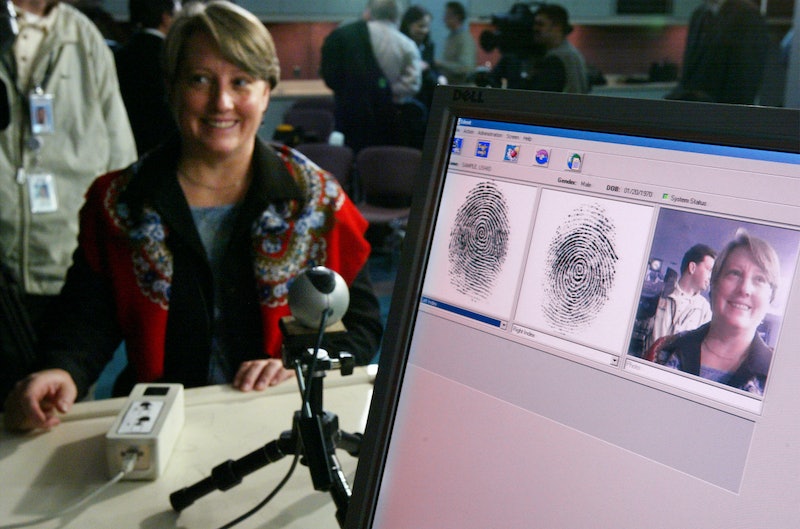 If you're planning to do some traveling over the summer, Europe might not be as simple a destination as previously planned. Traveling to Europe could get a lot harder and more expensive soon, if the European Union reinstates tourist visas for United States citizens as it's now warning it will. The European Union Parliament passed a non-binding resolution Thursday to suspend the visa waiver program for U.S. citizens traveling to EU member states.

The vote is retaliation for the U.S. refusal to waive visa requirements for Bulgaria, Croatia, Cyprus, Poland, and Romania, countries which apparently have not met the requirements for the visa waiver program. However, the resolution wasn't necessarily intended to be vindictive, as some have suggested — the laws of the EU mean that the whole union has to support its member countries who aren't receiving equal treatment by another nation.

"If the European Commission does not impose visas for Americans within two months, we will start a case in court for inaction. The law is one and counts for everyone,” Momchil Nekov, a Bulgarian MEP, said on Thursday according to regional news source Balkan Insight. Even so, the Commission still says it may not respond to the vote until the summer, well after the two-month mark.

It's unclear whether the threat will actually come to fruition, because the high tourist season in Europe is in the middle of summer, and the EU is cash-strapped from the post-Brexit fallout. Discouraging U.S. travelers from visiting would prevent a welcome influx of money, and the Parliament clearly has a vested interest in making sure that doesn't happen. However, the legal obligations, and diplomatic realities of the Trump administration could prevent progress from being made.

Sources reportedly told Politico that the State Department may be generally sidelined during Trump's administration. Without a stable and functional department led by Secretary of State Rex Tillerson to renegotiate the terms of the visa waiver program for the five EU member nations, the deal could fall apart and leave U.S. citizens scrambling to get visas for travel.

This action seems to be part of a growing global trend of isolationist nationalism that's leaving people in the lurch when it comes to world traveling. Trump infamously suspended travel to the U.S. for citizens from seven Muslim majority countries, creating chaos at airports and outrage from immigrants and allies.

In the EU's case, the request for reciprocity in the U.S. visa waiver program is more reasonable, but the answer should never be restricting access to travel. The world should be open for everyone, particularly since the politicians creating the policies won't be the ones significantly affected. While the fights between governments happen in legislatures among primarily rich white men, regular people lose and that's not the way it should be.