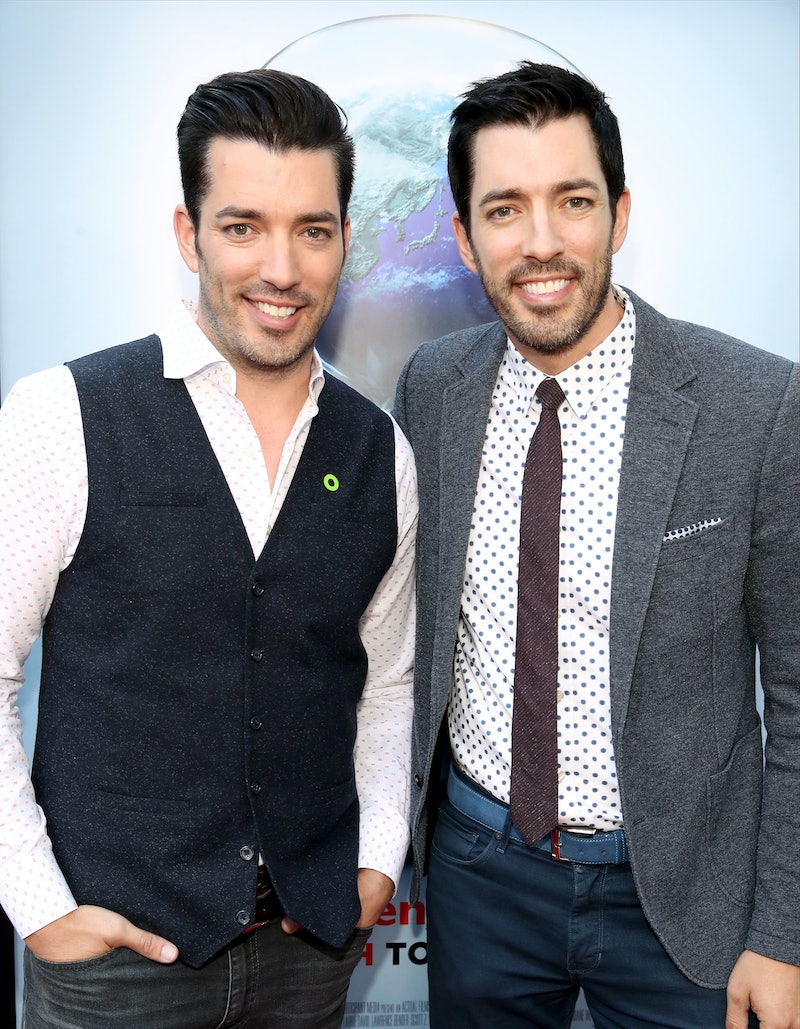 Home renovation shows may be a design buff's dream, but they're not always all that meets the eye. For example, despite the agonized decision-making portrayed on House Hunters, according to Vulture, you can't actually be on the series unless you've already closed on a house. And Country Living magazine reported in 2016 that the furniture used in Fixer Upper's big reveals is just for staging; participants have to purchase it after the fact if they want to keep anything. Which is why fans of Jonathan and Drew Scott will be relieved to know that yes, participants on Property Brothers get to keep their new furniture — Drew confirmed so himself on Twitter.

This is true for all of the brothers' shows except for Buying & Selling. As Drew explained in the same 2017 Twitter Q&A, they use leased furniture for staging purposes, since, as the title implies, that show is focused on selling homes rather than building or remodeling them for someone to live in. But on Property Brothers, what you see is what you get.

As Jonathan told the Star Tribune in 2016, their average budget for remodeling three to four rooms is typically around $110,000, including furniture. He said HGTV will contribute $10,000 to the project, and they "pass along wholesale pricing on some materials," but as the Property Brothers application states, homeowners must be willing to spend a minimum of $90,000 on design and renovations. Drew added on Twitter in 2017 that they mostly buy all-new furniture and decor, but will keep "what's important" to the homeowners. And Jonathan said in his Star Tribune interview that they're usually able to reuse and repurpose up to 50% of the homeowners' old pieces.

"They're blown away when they realize it’s their same coffee table that we refinished," he told the outlet.

As good as it is to know Property Brothers is the real deal, one thing the show could do without is the completely phony intro in every single episode when Drew and Jonathan tell a seemingly shocked couple that no, they cannot afford this multi-million dollar mansion. You know you can't afford this house, Brenda and Chad. You have signed up for Property Brothers, a show whose entire premise is to help couples find fixer-uppers and transform them into their dream homes. Were you not tipped off by the sweeping staircases, nine bedrooms, and indoor pool that maybe this doesn't fit your budget? It makes sense that producers would want to show viewers a comparison home to illustrate how much the couple would actually have to spend to get everything they want in a move-in ready house, but there must be a less cheesy way to do that.

That aside, though, at least, fans can enjoy Property Brothers knowing there isn't any behind-the-scenes trickery happening. It's so much easier to be sucked into a home design show when you know the furniture, which is integral to the transformation, isn't going to be whisked away the moment the cameras turn off. Drew and Jonathan are there to create a good home, not just good TV.

This article was originally published on Oct. 11, 2017