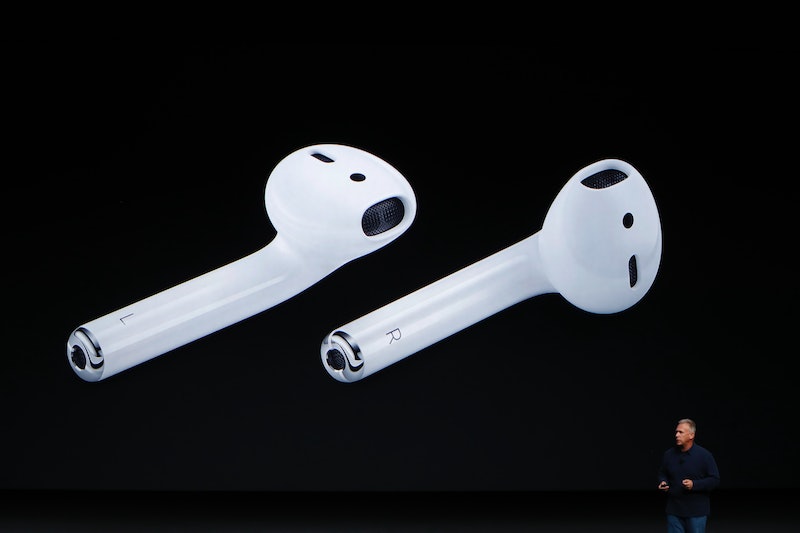 Apple released three new iPhone models during its highly anticipated Sept. 10 event, and there's been lots of buzz about the phones' new features, especially their improved camera functionality. Now, you might want to know whether you need AirPods for the iPhone 11, which could add another expense to the already pricey process of purchasing a new phone. As it turns out, you don't need AirPods to listen to music with the new iPhone, though they could be an appealing option for many people.

As Fast Company reported, Apple eliminated the headphone jack starting with the release of its iPhone 7 model back in 2016. Since then, new iPhones have come with EarPods that have a Lightning connector that hooks into the phone's charging port, the outlet noted. This still allows you to listen to music or talk on the phone via wired headphones, but you can't charge your phone through a wired connection at the same time. You can, however, use a wireless charging mat if you want to power your phone while still using wired headphones, the New York Times said. Apple confirmed on its technical specifications page that the iPhone 11 will have the same Lightning connector charging port, along with wireless charing capabilities.

Of course, instead of using EarPods, many iPhone users have taken to using Apple's AirPods, which play music wirelessly through Bluetooth connection. Just like all versions of the iPhone released from the iPhone 7 model onward, AirPods aren't required to listen to music on the three new iPhone models — the iPhone 11, 11 Pro, and 11 Pro Max. You can still use wired EarPods connected thorough the charging port on the new models — and all iPhone 11 models will come with a pair of these wired EarPods, as Apple's technical specifications page outlined.

Of course, if you prefer to listen to music wirelessly, then you will need some type of Bluetooth-enabled headphones, whether they're AirPods or another brand. AirPods are sold through Apple and, according to the company's website, cost either $159 or $199, depending on whether you get a standard or wireless charging case. If you don't want to shell out that much for AirPods, though, there are lots of other options. For example, this list compiled by CNET has a variety of recommendations for more affordable AirPod alternatives. You can also of course do your own in-store or online research to find other Bluetooth headphone options as well.

According to CNET, some iPhone users had been hoping that, in addition to announcing new phone models, Apple would reveal AirPod updates, like a noise cancelling version of the product, during its Sept. 10 launch event. However, as the outlet said, it's unlikely that Apple will release new AirPod models this year if they didn't during the launch event, though the company could do so in 2020.

Additionally, some also speculated that Apple might finally include AirPods as part of the package when you purchase a new iPhone 11, but that didn't materialize. Nonetheless, if you're looking to update your Apple devices, you can pre-order the iPhone 11 models via Apple's website or the Apple Store app beginning on Sept. 13. Apple says that new phones are expected to ship starting Sept. 20. Moreover, you can order AirPods from the Apple Store any time if you want to make an investment in them ahead of receiving your new phone.