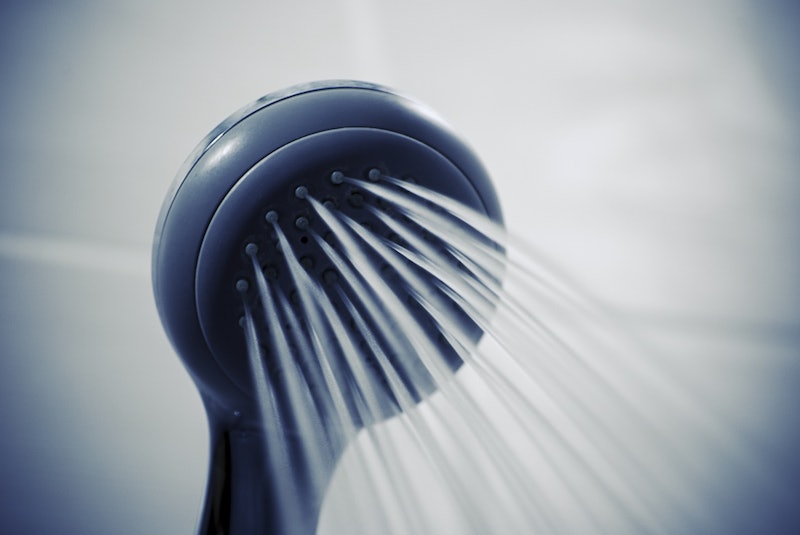 Today we face an eternal question: Is it better to shower in the morning or at night? Everyone has his or her own preferences and routines when it comes to hygiene, but science seems to have come down on the side of the evening shower. Cold science cannot sway the human heart, however, and plenty of people are saying, “Hell, nope,” to the idea of switching up their bathing routines. On a personal note, I have to say that, while the reasons for showering at night are compelling, you’ll have to rip my morning shower out of my cold, dead hands, you monster. Ahem.

Research has shown that bathing at night can make it easier to fall asleep and stay asleep. Of course, adequate sleep has all sorts of health benefits, so timing your shower to maximize your Zzzzs can significantly improve your health overall. The benefit of the nighttime shower has to do with temperature: Your body naturally cools down as you approach bedtime, and that drop in temperature is a signal that you need to sleep. (That’s why being too warm can keep you awake at night.) In addition to being simply relaxing, taking a shower at night can mimic the temperature change in your body that occurs before sleep.

“That rapid cooling after you get out of the shower or out of the bath tends to be a natural sleep inducer,” Christopher Winter MD, a fellow at the American Academy of Sleep Medicine and medical director at the sleep center at Martha Jefferson Hospital, told Greatist. “So it’s a nice way to fool your body into thinking it’s time to go to bed.”

Achieving the sleep-inducing effect of an evening shower requires proper timing. Shelby Harris, director of behavioral sleep medicine at New York’s Montefiore Medical Center, told Time that you should take your nighttime shower an hour and a half before you go to bed, to ensure that your body will have plenty of time to cool down before you get under the covers.

Showering at night is also good for your skin, removing oils, sweat, and dirt that have built up throughout the day. The National Sleep Foundation says that washing your face at night, in particular, will reduce breakouts, prevent wrinkles, and make your moisturizers and other skin treatments more effective.

However, if, like me, you’re a fan of the morning shower, take heart. Morning showers have distinct advantages, too. Showering before beginning your day can jump-start your creativity. A morning shower can serve as an “incubation period” for creative ideas, Harvard psychology lecturer Shelley Carson, Ph.D., told Greatist. If you’re struggling to solve a problem, Carson said, “you could put it on the back burner of your mind and allow it to stew there while unconscious processes mull it over.” It’s common for the solutions or ideas you’ve been struggling to grasp to suddenly emerge when you’re showering — that’s because the shower allows you to enter a uniquely relaxed, yet still alert state of mind.

It’s also a good idea to save shaving for the morning. Mona Gohara, MD, associate clinical professor of dermatology at the Yale School of Medicine, told the Independent, “Mornings are the best time to shave because that’s when you have a surge of platelets — or blood cloggers.” You’re also simply less likely to cut yourself in the morning, when you’re more awake.

As with all great debates, the internet is divided on the “When to Shower?” issue. In a BuzzFeed poll, 64 percent of respondents said showering should be an evening activity, while 30 percent said morning showers are best. On Twitter, some folks seem flabbergasted by other people’s showering choices.

A number of people have pointed to a third option: showering in the morning and at night. (But does everyone have time to do that?)

Maybe we'll all just have to agree to disagree.

More like this
The 8 Best Crystals For Meditation, According To A Healing Energy Practitioner & Meditation Teacher
By Lauren Moison
16 Valentine’s Day Quotes About Chocolate That Will Make You Hungry
By Emma Cueto
Savannah Guthrie Got Her First-Ever Tattoo With This Former Wild Child
By Suzanne Zuckerman
11 Super Bowl Instagram Captions To Use On Game Day — Even If You Don’t Like Sports
By Alexis Morillo
Get Even More From Bustle — Sign Up For The Newsletter
From hair trends to relationship advice, our daily newsletter has everything you need to sound like a person who’s on TikTok, even if you aren’t.