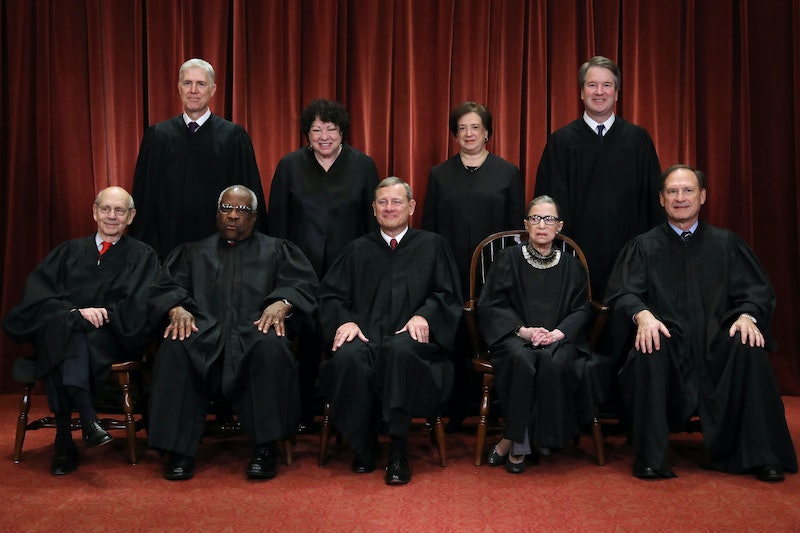 The country's federal courts have been trudging along despite the government shutdown, using court fees and other funds to keep the doors open and the lights on. But that could come to a halt on Jan. 18, when the coffers are now estimated to run dry. The funding shortfall and government shutdown will affect the Supreme Court at that time too, the court's press office told The Hill.

The Administrative Office of the U.S. Courts put out a statement on Monday detailing the efforts being made to cut costs and keep the judicial branch in business, including the Supreme Court. Even to make it to Jan. 18, the courts have been pushed to "defer non-mission critical expenses," which range from limiting new hires to reducing travel or contracts. An earlier estimate before these cuts put the date at Jan. 11, this Friday.

At this point all the employees are still being paid, but that could change for support staff if the courts are forced to continue past that date. Courts around the country would decide which staff is absolutely vital for "essential work," which would continue even without appropriated funds.

The statement explained that criminal cases are expected to proceed uninterrupted, but that it might be "suspending, postponing, or holding in abeyance" cases in which the government is a party. The Department of Justice has not been funded, either, and the Trump administration has asked for delays in some key cases.

"Although we greatly regret any disruption caused to the court and the other litigants, the government hereby moves for a stay of all proceedings in this case until Department of Justice attorneys are permitted to resume their usual civil litigation functions," DOJ lawyers wrote in court papers in December after the shutdown began. Last Friday, Justice asked for a delay in the Obamacare case, also citing its inability to prepare "absent an appropriation."

The Hill reported that in the past, the Supreme Court has heard all cases on its docket during a shutdown with no problem. This month they are scheduled to hear 11 cases. In any case, the issue of funds is more about the support staff than the justices themselves.

"The Judges, both of the supreme and inferior Courts, shall hold their Offices during good Behaviour, and shall, at stated Times, receive for their Services, a Compensation, which shall not be diminished during their Continuance in Office," Article III, Section 1 of the U.S. Constitution reads, as pointed out by Scott Bomboy of the National Constitution Center.

For spending besides the pay of judges, elected members of Congress, and the president, the Constitution is pretty clear that no money can be spent by the Treasury without it being appropriated by a law first. So there's no legal workaround to make it easier for the courts to remain open.

That said, the Supreme Court is arguably the most "essential" and would be able to keep on whatever staff it deems necessary.