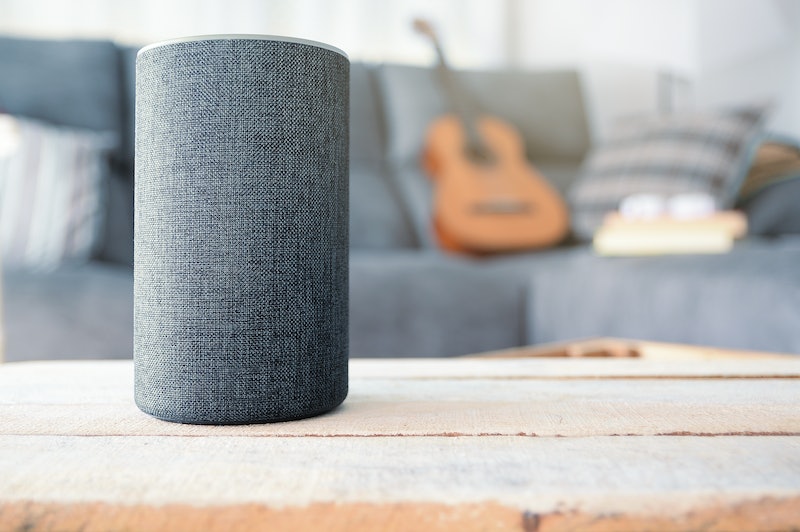 If you're an owner of Amazon's virtual assistant Alexa, you're probably amazed on the daily at the different things it can do. From playing music to letting you order products off of Amazon, it's safe to say that your Alexa has got you covered on all bases. But if you've ever wanted to ask something without waking everyone in your house up, putting Alexa in Whisper Mode might be your answer.

One of Alexa's many features is Whisper Mode, and once it's activated, you can whisper requests to it, and it'll whisper back. Whisper Mode was introduced to Alexa back in September 2018, and it's kind of like Amazon's take on a "night time" or "bed time" mode. According to Amazon's September 2018 press release, it'll let you talk to Alexa without waking up anyone who's sleeping nearby. The press release reads,

Gone are the days of waking up your spouse or partner to ask Alexa for the weather in the morning or turn your alarm off. Whisper Mode is a new feature that allows you to whisper to Alexa, and she will whisper her response back to you.

Alexa still provides the same answers to commands about the weather, times, or news as she would in a regular setting — it's just at a much lower volume.

Turning on "Whisper Mode" is pretty easy. You just have to say, "Alexa, turn on 'Whisper Mode'." But it can also be turned on by going on the Alexa app on your phone, selecting "Settings" under the main menu, selecting "Alexa Account" and then "Alexa Voice Settings" and switching "Whisper Mode" to "on."

"Whisper Mode" was released as Amazon's way of making their AI technology better attuned to human conversations and context, according to Business Insider. And while the concept of a "whispering" piece of technology may seem a little weird at first, the voice itself is pretty human-like. This is because the scientists who came up with the feature tried making Alexa's processes work in way that's similar to the neural networks of the brain. By doing this, they were able to help the virtual assistant discern between clearly articulated words and soft whispers.

Although Alexa's "Whisper Mode" seems pretty cool and useful during the night, there are still a few, small hitches to be mindful of when using the feature. One of them is that although your responses will be whispered back in "Whisper Mode," if you choose to give a command like "Alexa, play music," the music that gets played will be at a regular volume. You can, of course, manually ask Alexa to lower the volume after the music's begun. But you might have to act quickly, especially if you're trying not to wake someone up. Once you're done using "Whisper Mode," you can say, "Alexa, turn off 'Whisper Mode'" and continue using your Alexa regularly.

Having a virtual assistant like Alexa is pretty cool on its own, but having one that knows when to use an "inside" or "quiet" voice is even cooler.