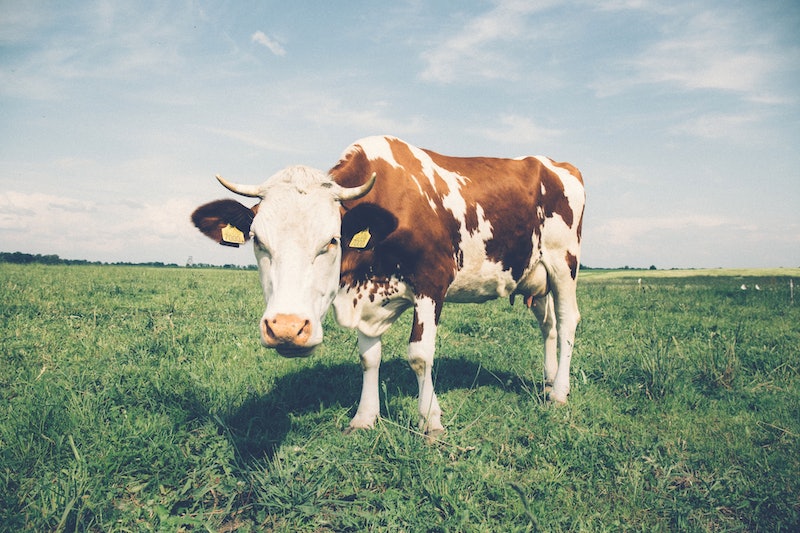 With age comes wisdom, but apparently, it doesn't bring much common sense. Although plenty of kids assume that chocolate milk comes from brown cows, according to a survey released in June, millions of adults in the United States are still laboring under that particular misapprehension. To be fair, many people couldn't care less where their food comes from as long as it tastes good, but this is taking things a bit far. Do they think brown cows have an extra organ filled with chocolate syrup, or that dairy farmers feed them a special cocoa-based diet? How do they think strawberry milk is produced? Inquiring minds would like to know.

In April, the Innovation Center for U.S. Dairy surveyed more than 1,000 adults, asking about their milk drinking habits and quizzing them on their dairy knowledge. According to the results, nearly half of respondents weren't sure where chocolate milk comes from, and seven percent said it's produced by brown cows. The Washington Post did the math, reporting that this comes to 16.4 million adults across the country. To put that in perspective, a group nearly twice the size of New York City's population thinks that brown cows squirt out pre-made chocolate milk. In the interest of being clear, chocolate milk is just regular milk, which is produced by white cows, with added cocoa flavoring that turns it brown (and makes it delicious).

The survey turned up other findings as well, including the fact that 29 percent of adults admitted to using their kids as an excuse to buy chocolate milk. (Honestly, I would do the same thing if I were less willing to endure the grocery cashier's judgmental stare.) Researchers also found that despite the trendiness of alternatives like almond and soy milk, only five percent of respondents avoid milk entirely, and 95 percent had some kind of cheese currently at home. Clearly, Americans love their dairy.

It's easy to poke fun at the millions of people who believe the brown cow myth — that's a pretty big misunderstanding. As the Post pointed out, though, Americans have a history of being "agriculturally illiterate." In other words, they're unclear on the details of how their food is grown and made before it hits grocery store shelves. The educational system doesn't spend much time teaching children where food comes from, and industrialization has created a psychological distance between agriculture and food on the dinner table. Unless they're farmers or make an effort to educate themselves, modern agriculture tends to be a mystery for most people. That leaves room for plenty of myths about food and farming to go unchecked.

With that in mind, it's not exactly surprising that some grown men and women have no idea what goes into chocolate milk. It is, however, kind of hilarious. Now if you'll excuse me, I have a date with some milk, chocolate syrup, and a straw. After all, it's no myth that chocolate milk tastes better when you blow bubbles first.

More like this
Starbucks’ Chocolate Cream Cold Brew Tastes Like This Retro Candy
By Emma Garza
Heinz Is Selling A Sprayable Mayo Mousse
By Maxine Harrison
Are We Drinking Rosé All Wrong?
By Sheila Yasmin Marikar
TikTok's Favorite Bartender Thinks Mimosas & Bloody Marys Are Out For Brunch
By Alexis Morillo
Get Even More From Bustle — Sign Up For The Newsletter