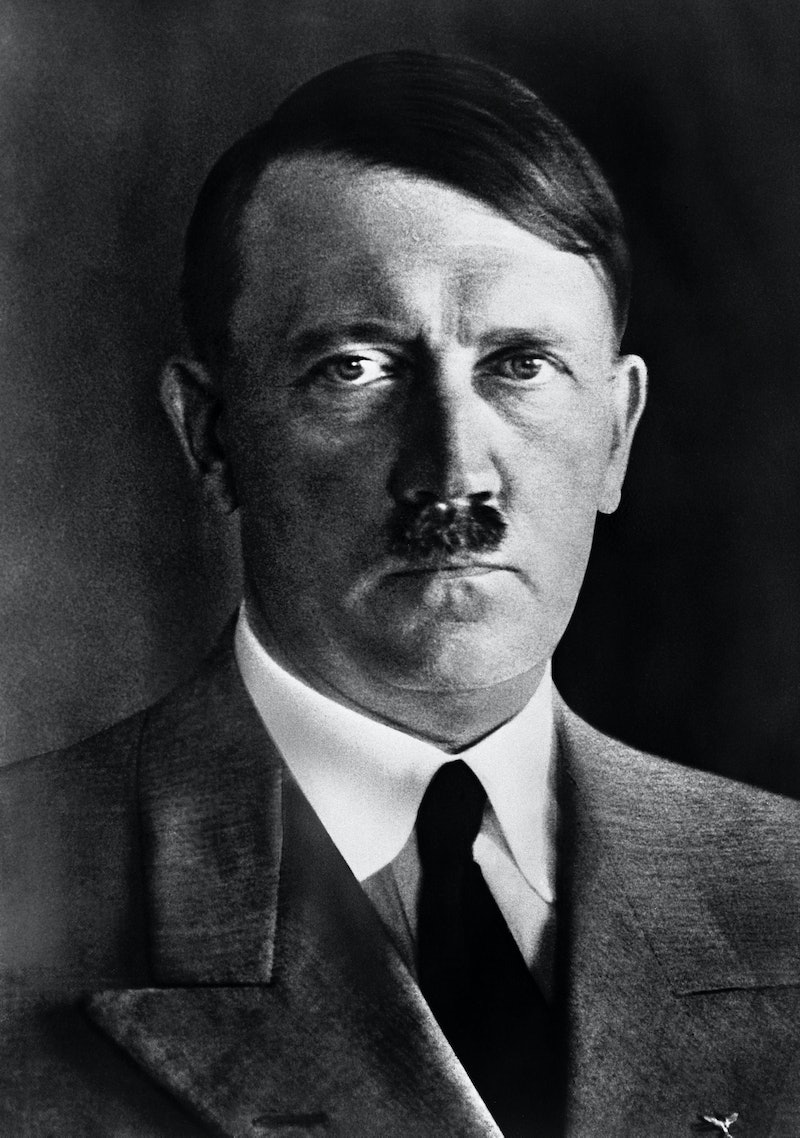 The recent march in Charlottesville has reignited the long-running debate about whether Confederate memorials in the United States should be left up or torn down. This is a debate that shouldn't be necessary, given that the Confederacy was an army of white supremacists that declared war on the Union. In that and other regards, it has similarities to Nazi Germany. The United States doesn't have statues of Adolf Hitler; why should it have statues honoring the Confederacy?

There are, of course, some large and critical differences between Nazi Germany and the Confederacy. However, there are also a whole lot of similarities, and those similarities are highly salient to the debate we find ourselves in today. Most relevant is the fact that both the Confederacy and Nazi Germany were motivated first and foremost by white supremacy — the belief that white people are superior to non-whites, and thus have the right (and obligation) to dominate non-white races.

In addition to that very big and significant similarity, the Confederate States of America and Nazi Germany also both:

Additionally, some have argued that the Confederacy, like Nazi Germany, should be classified as a fascist regime; however, given that historians still haven't agreed on a definition of "fascist," this is not a consensus opinion.

There are some critical differences between the Confederates and the Nazis. The biggest is that the Confederacy was a domestic, home-grown phenomenon, whereas Nazis were from a different country on the other side of the globe. This is true. It's also irrelevant, and it certainly doesn't support the argument that it's permissible for the United States to erect statues commemorating the Confederacy. There are two reasons for this.

First, modern-day Germany does not have statues of Hitler, or monuments honoring the valor of Nazi soldiers. In fact, it's illegal to display Nazi imagery in Germany, and this has caused no visible outrage among those who want to protect Confederate statues. Unless those folks want to argue that post-war Germany shouldn't have torn down Nazi memorials, it makes no sense for them to defend memorials to America's own home-grown white supremacist movement.

Second of all, the Confederacy (like Nazi Germany) quite literally declared war on the duly-elected government of the United States, and at that point, it doesn't terribly matter if they did so from within America's borders or without. The Confederacy launched a war against the United States that left over half a million Americans dead, and this is made no less awful by the fact that the Confederates were native-born Americans. Some might argue that this makes it even worse: Nazi Germany was a hostile foreign nation, while the Confederates were traitors.

Of course, many of those who attended the march in Charlottesville — specifically, those who carried flags with swastikas on them and chanted "Jews will not replace us!" — probably wouldn't have a problem with Hitler statues in Germany, America, or anywhere. That's at least an internally consistent position, although of course, consistency doesn't terribly matter if the thing you're being consistent about is hatred of non-whites.

Alas, there is an open question of whether or not the Charlottesville march was actually about the planned destruction of a Confederate monument. Few of the posters used to promote the event contained any mention of statues (although one did contain an image of a Star of David being smashed with sledgehammer). Furthermore, as evangelical Ryan Booth astutely pointed out in the American Conservative, nobody who claimed to be there in defense of Southern heritage protested against the neo-Nazis and white nationalists in their ranks.

The fact of the matter is that there is no valid reason to defend statues commemorating the Confederacy, because at the end of the day, those monuments are tributes to a slave-holding group of anti-American white supremacists. That is an indisputable facts, and unless one also wants to defend white supremacy itself, they have no reason defending monuments of General Robert E. Lee.