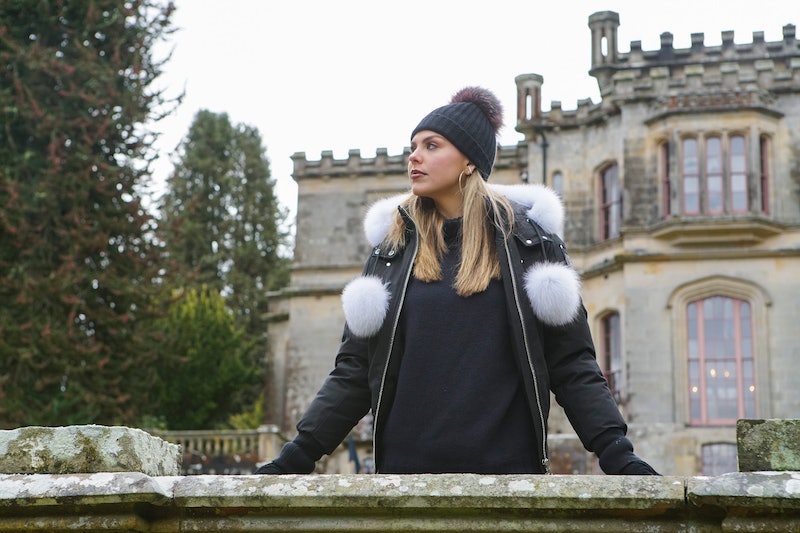 Hannah is only a few weeks into her season of The Bachelorette, but between ABC Cam and all the Luke v. Luke drama, she's already at her wits' end. In fact, based on a sneak peek for Monday night's episode shared by E!, Hannah might even quit The Bachelorette. But is she really that done that she one-ups Colton and leaves midway through the show?

The preview clip seems to show Hannah telling Luke P. to calm down and give her some space. "Please stop," she says. "I'm about to scream in your face." She then tells the rest of the men that she's fed up, that something that happened "makes me freaking psycho and irritated," and that "at this point, I don't want to do this." She's shown hugging host Chris Harrison, who says everyone is here for her, and that it's "her party." Ominously, she says that the "party's over."

Given everything Hannah has had to deal with so far, it's not difficult to see why she'd want to throw in the towel. But unless you read spoiler reports — which many fans choose to avoid — it's impossible to say for sure if she'll leave the mansion. However, there have been some hints.

According to Entertainment Tonight, there was a finale episode filmed, which suggests Hannah does ultimately stick it out. But as Colton showed us last season, that doesn't necessarily mean that things unfold as usual. In another interview with ET, Harrison clarified that Hannah "never walked away, or ran away á la Colton," but that she did become discouraged.

"There were several tumultuous weeks from Rhode Island, which wasn’t the smoothest, to Scotland, which was even rougher, and then you see kind of a bottoming out at the beginning of Latvia," he explained. "The thought was, we sat down in Riga, and things would rebound and she'd be feeling better and let's have a fresh start, but she really kind of hits the skids and bottoms out."

Hannah also told the outlet that her season finale "was not how [she] thought it would be," even though that "doesn't mean that it's not good," which hints she, like Colton, has a non-traditional ending, even if she doesn't full-on quit.

"I think it happened the exact way that it was supposed to," she told ET. "And I feel really excited and blessed to have the opportunity that I've had and feel really good and want you all to see what that is. I can't really tell you much more." Does Hannah mean that she's found her Prince Charming? Or that she had a good, rewarding experience, but that she's single now?

Even prior to the finale taping, Harrison had some doubts. Speaking to ET separately while in the midst of production, he said he was unsure about how things would pan out. "I am hopeful and she is hopeful, but the way she wants to find love and the way she is going about this is really true and sincere," Harrison continued. "She is not just going to do it to do it, and as rough as it has been and as wild as it has been, I am not sure she is going to be able to get there. And that is because she doesn't know if she will be able to get there.”

Hannah has always seemed like someone who trusts the Bachelore/ette process, and that's part of why people have been rooting for her so hard. Despite the fact that she's inexplicably kept Luke P. around regardless of his countless red flags, she's proved she won't settle for anything less than what she knows she deserves. And if she isn't able to find that on the show, maybe she'll walk away alone, whether it's this week or after the finale.