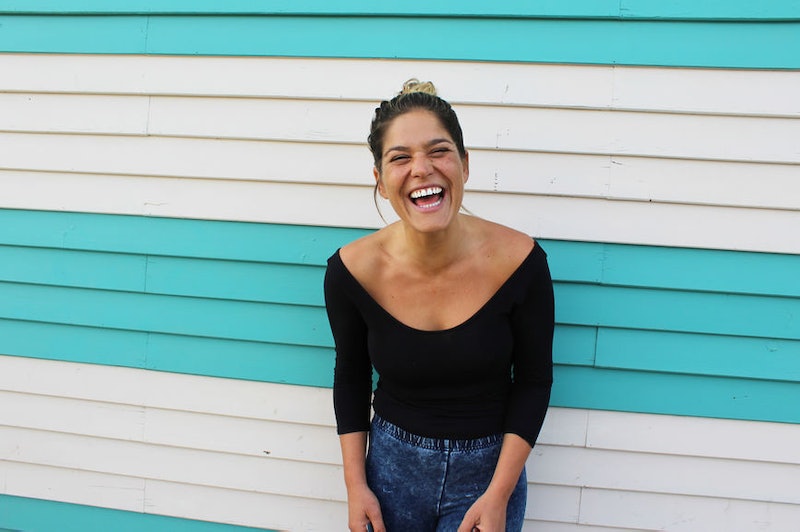 Self-esteem isn't always the easiest thing to build, and it's probably not something you can fix overnight. But here's some more motivation to keep on working at it: treating yourself kindly can have both physical and psychological health benefits, a new study says. So does self love improve your health? Looks like the answer's an emphatic yes — and with Valentine's Day approaching, what better time to focus on loving yourself?

One group was instructed to "direct kind and compassionate attention to their body sensations," while another was told to think of a person they liked, "direct friendly wishes toward this person," then direct the same kind thoughts toward themselves. A further group was asked to think of something they'd failed to achieve, while another was guided to think of something they had achieved. The fifth group, a control group, was told to envision shopping in a supermarket.

After listening to the instructions, the participants were then asked a series of questions, on topics including their sense of safety, their feelings of connection with others, and their likelihood of treating themselves kindly. The researchers also measured their heart rate and their sweat response.

The study, published in the journal Clinical Psychological Science, concluded that self-compassion had a very real impact on the students. Those who were asked to focus on their bodily sensations, as well as those told to think kind thoughts towards others and themselves, had lower heart rates and a lower sweat response at the end of the experiment. Unsurprisingly, the participants who were encouraged to think critically about themselves had a faster heart rate and greater sweat response.

First author Dr. Hans Kirschner explained, "These findings suggest that being kind to oneself switches off the threat response and puts the body in a state of safety and relaxation that is important for regeneration and healing."

Dr. Anke Karl, lead researcher on the study, said, "Our study is helping us understand the mechanism of how being kind to yourself when things go wrong could be beneficial in psychological treatments. By switching off our threat response, we boost our immune systems and give ourselves the best chance of healing." The researchers will go on to conduct similar studies involving participants with depression, Karl said.

It might seem self-evident that treating yourself with kindness is a positive thing, but this latest study demonstrates just how significant an impact self-love has on your health. So next time you make a mistake at work, or start comparing yourself negatively to someone on your timeline, or just feel inclined to tear yourself apart? Do your best to offer yourself a little bit of compassion.