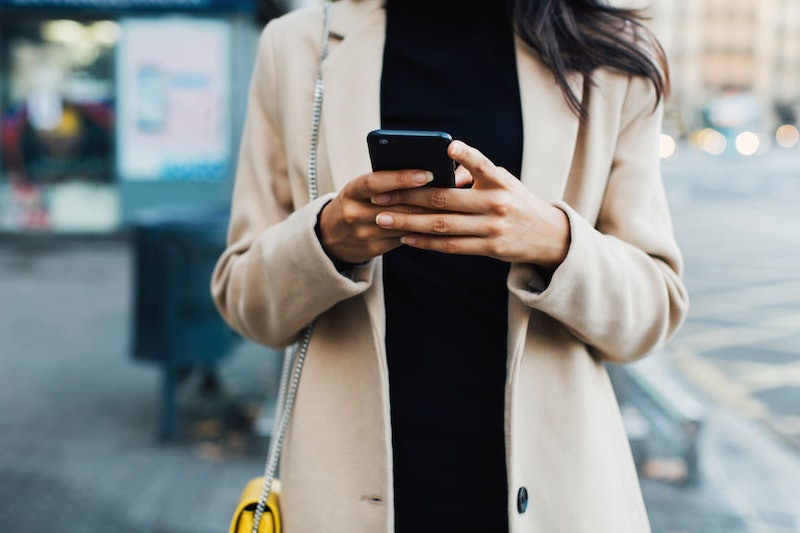 A potential link between poor mental wellbeing and social media has long been posited, but let's start with a vital caveat before getting into the latest study. Depression is a mental illness, one with a range of potential triggers, and it's vital not to simplify or minimise it by simply branding it the result of too much Facebook. Does social media cause depression? That's probably far too blunt a conclusion. But a new study suggests that reducing social media use might help those who already have the illness feel significantly less depressed — and cutting down can have a similarly major impact on loneliness.

Researchers from the University of Pennsylvania targeted Facebook, Instagram, and Snapchat for their study, looking at the usage of 143 participants between the ages of 18 and 22. Before their social media use was assessed, each participant completed a survey on their mood and wellbeing. They also provided a screenshot of their iPhone battery usage screen, in order to determine their typical time spent on the three social media apps.

Then, the study subjects were divided into two groups. In the first, a control group, participants didn't alter their social media usage; in the second, the subjects were asked to limit their time on Facebook, Instagram, and Snapchat to 10 minutes on each app every day. The study lasted for three weeks, during which all participants provided a battery usage screenshot and completed the mood survey on a weekly basis.

To determine the wellbeing of the participants, the researchers looked at seven categories: social support (or how strong an offline social network someone has), fear of missing out, loneliness, anxiety, depression, self-esteem, and autonomy and self-acceptance (how much someone worries about what others think of them, and how comfortable they are with themselves).

The study, published in the Journal of Social and Clinical Psychology, found a distinct link between social media usage, depression, and loneliness. "Using less social media than you normally would leads to significant decreases in both depression and loneliness," said study author and psychologist Melissa G. Hunt. The participants with the most severe depression at the beginning of the study saw the greatest improvement by the end.

The subjects in the experimental group also saw a decline in their anxiety and fear of missing out. "Some of the existing literature on social media suggests there's an enormous amount of social comparison that happens," Hunt said. "When you look at other people's lives, particularly on Instagram, it's easy to conclude that everyone else's life is cooler or better than yours."

Here's an intriguing finding: contrary to previous studies, the University of Pennsylvania study didn't indicate any connection between social media use and self-esteem, social support, or psychological wellbeing. That could strike a blow to common assumptions about the ills of social media — or it could simply indicate a limitation of the study, the scientists acknowledged. The study might not have been long enough for these aspects to be affected, for instance, or the ten-minute time limit might have been too generous.

As with most studies, the findings can't necessarily be extrapolated beyond the survey group: they could vary for other ages or in different settings, Hunt stressed. The study might, however, provide an impetus to cut down the time you spend on your phone. "When you're not busy getting sucked into clickbait social media, you're actually spending more time on things that are more likely to make you feel better about your life," said Hunt. "In general, I would say, put your phone down and be with the people in your life."