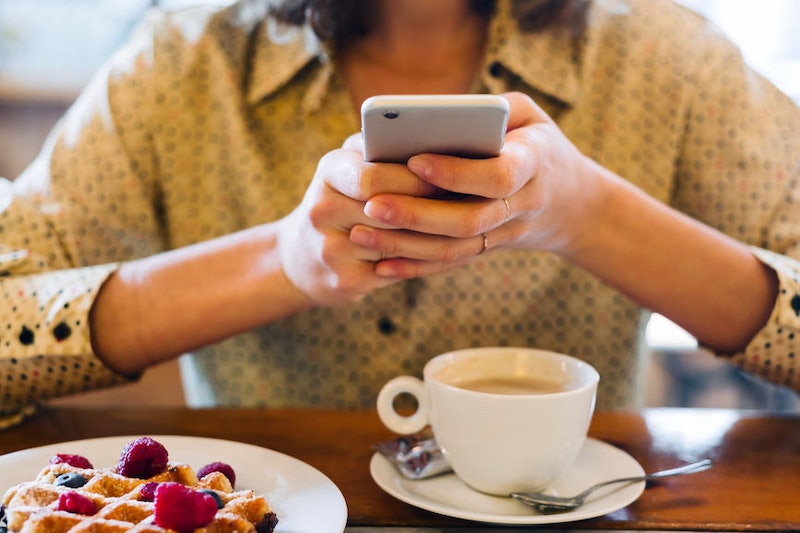 In my experience, when you're diagnosed with an anxiety disorder, you often find yourself wondering how some of the most trivial things can cause such a significant impact on your mental health. And while you can be certain of what your triggers are and how to avoid them, there's always one that finds its way through the cracks. And if there's one thing that the majority of the world encounters on the daily which can often be anxiety-inducing, it's the internet. But does the internet make you anxious?

If I'm being honest, I can't remember a single day where I haven't accessed the internet in some form or another. Maybe back when I was a kid, but even then I was aware it existed even if I wasn't using it. As wonderful and innovative as technology is, it's scary to think about how reliant society has become on it and being able to get things instantly — whether that's information, communication, or that random product that you probably don't need from Amazon. It's enough to make you fall in to an existential crisis, which is where more often than not the anxiety comes in.

In a study conducted at McMaster University in Canada, researchers found that those who rely on the internet are susceptible to developing mental health issues such as anxiety, depression, and impulsivity issues. "Individuals with internet addiction on both scales had more trouble in dealing with everyday activities," chief researcher Michael Van Ameringen said in a statement. They also "had significantly higher amounts of depression and anxiety symptoms, problems with planning and time management, greater levels of attentional impulsivity as well as ADHD symptoms," he added.

While that can be the result of a variety of aspects, it's likely that social media plays a part. Incessantly scrolling through your Twitter and Instagram feeds looking for likes and follows is bound to leave you feeling anxious. "What happens when they log on is that you kind of activate a lot of social comparison," professor of psychology at the University of Michigan Oscar Ybarra told medical site HealthLine.

"[T]hey nevertheless feel like, 'How am I stacking up?' or 'How is my life stacking up?' compared to what these people are presenting. I think that what happens is that the more you use the platforms, the more social comparisons you tend to induce, and that relates to these decrements in how people are feeling."

I've definitely fallen into that trap in the past, and it's not an easy one to get out of — especially if you're already suffering from mental health issues. It's only when you realise that you're stuck in this cycle that you realise you need to do something about it.

Limiting the amount of time you spend looking at your phone (or computer) for one is a start, but just being aware of how much time you aimlessly scroll through social media and how your perceive likes and dislikes can really change your habits. As cheesy as it sounds it's about living in the moment, not in your phone.

If you're struggling with feelings of anxiety, it's worth checking out mental health charity Mind's website for further information and advice on getting support.