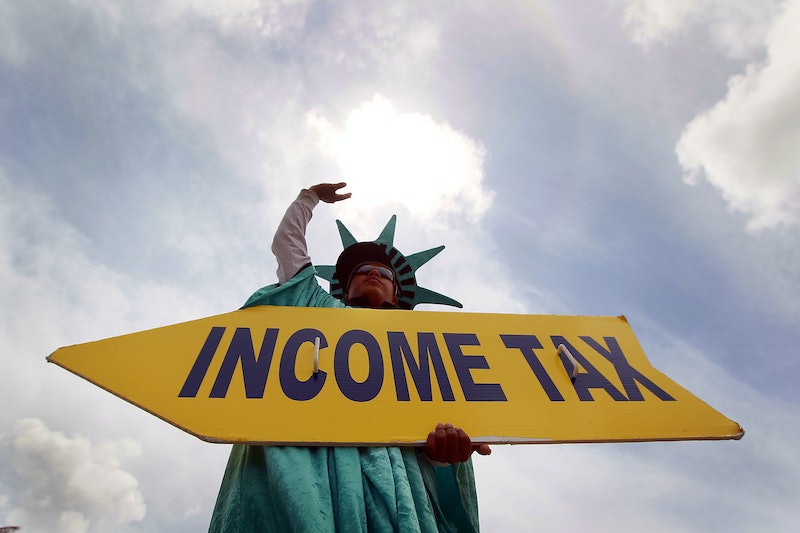 Now that the federal government appears to have avoided a second shutdown, it's time for the lot of us to finally accept our reality — we really, truly do have to do our taxes. That means it's officially time to stop procrastinating and pull out the Internal Revenue Service's (IRS) newly redesigned Form 1040. But given the fact that this tax season is the first time taxpayers will file returns under the Tax Cuts and Jobs Act, it's important to understand how the new tax law affects charitable giving.

Thanks to the new tax law, many people who'd hoped that their charitable donations and end-of-the-year giving would drop the overall amount of taxes they owed may ultimately be disappointed when they go to file. Provisions within the new tax law have decreased charitable giving's tax advantages unless the taxpayer in question is donating sizable sums.

Overall, the Tax Cuts and Jobs Act of 2017 has brought some very noticeable changes to this year's tax season. In fact, the IRS has described it as "the largest overhaul of the Tax Code since 1986." Along with introducing taxpayers to a redesigned 1040 Form, the new law also curbed some itemized deductions and raised the standard deduction from $6,350 to $12,000 for singles and from $12,700 to $24,000 for married couples filing jointly.

In raising the standard deduction amounts and limiting deductions for state income and real estate taxes, the Tax Cuts and Jobs Act of 2017 ensures that a number of taxpayers who previously opted to itemize deductions will now no longer do so. That's because to be able to itemize things like, say a charitable donation, under the new tax law, the donation must be greater than the standard deduction you qualify for, according to CBS News.

The news outlet recommends taxpayers seeking to get a tax break from charitable donations clump a few years' worth of donations together in order to make one large donation that totals more than the standard deduction. Others have recommended dropping a one-time large lump sum into a donor-advised charitable fund that can later be distributed over time.

Of course, not all taxpayers will be impacted by the change to charitable donations' tax benefits. While the Urban-Brookings Tax Policy Center has estimated that the Tax Cuts and Jobs Act of 2017 will cause the number of households who claim itemized charitable deductions to drop from roughly 37 million to roughly 16 million, wealthier taxpayers who make sizable donations are expected to continue itemizing. That means they'll continue to receive tax benefits for any donations they gave to nonprofits. Provisions within the new tax law will also roll the federal income tax subsidy for charitable giving back from roughly $63 billion to $42 billion, the Urban-Brookings Tax Policy Center has said.

"Overall, the [Tax Cuts and Jobs Act] will reduce the marginal tax benefit of giving to charity by more than one-quarter in 2018, raising the after-tax cost of donating by about 7 percent," the nonpartisan think tank's Howard Gleckman wrote.