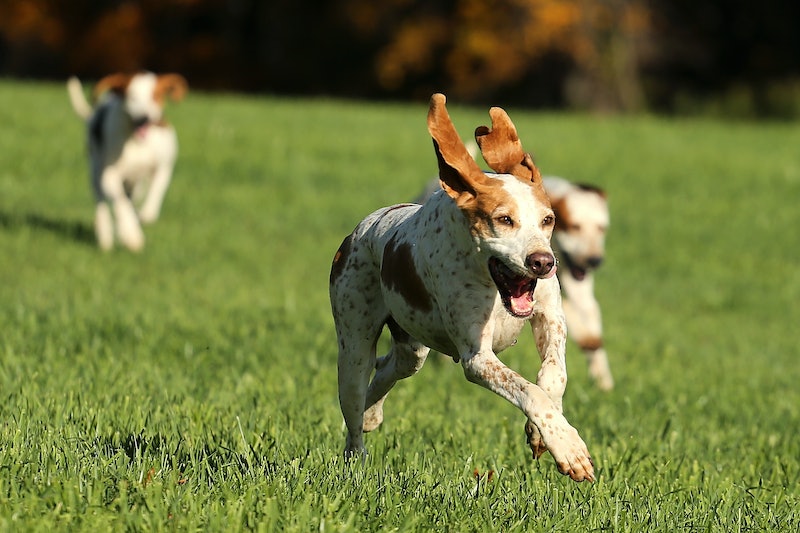 Most humans know that dogs are pretty much amazing. And they can do some amazing things, like see UV light, sense the earth’s magnetic field, and perform simple mathematical calculations. Now, a new study published in The Journal of the American Osteopathic Association (JAOA) has shown that dogs might also be able to detect lung cancer in its earliest stages through smell.

According to the American Cancer Society, lung cancer is the leading cause of cancer death worldwide with more than 200,000 people diagnosed in the U.S. every year. After metastasis (when cancer spreads to other parts of the body), the survival rate ranges from 1 to 10% depending on the stage. Like all forms of cancer, lung cancer is life-threatening. But early detection increases the chances of both recovery and survival.

However, the technology that’s available isn’t always the best option for early detection. The study points out that computed tomographic (CT) scans and chest x-rays are methods that, while popular, can be expensive, sometimes inaccurate, and often inaccessible for people living in underserved communities. These methods are also less able to detect lung cancer early, which is crucial. But, this new research suggests like dogs might be able to a better job than these technological methods. The JAOA study trained 2-year old beagles — known for being especially good boys — to use their awe-inspiring sense of smell to help save lives.

If that sounds impossible, consider the fact that dogs have an almost supernatural sense of smell. NOVA reports that dogs “possess up to 300 million olfactory receptors in their noses, compared to about six million in ours. And the part of a dog's brain that is devoted to analyzing smells is, proportionally speaking, 40 times greater than ours.” Just by smelling another dog, or even a person, Veterinary Centers of America says that a dog can figure out if “a new friend is male or female, happy or aggressive, healthy or ill.”

With abilities like that, it’s no wonder that dogs are able to perform what seem like medical miracles. Other studies also found that dogs can use their snouts to detect melanoma, the most dangerous form of skin cancer. Giant schnauzers have also been known to use their superior schnozes (see what I did there?) to determine if a person has ovarian cancer.

A key part of why these canines are able to do this has to do with something called Jacobson’s Organ, which Animal Planet says serves a primary function of hormone detection. With this organ, dogs are able to tell when a female dog is in heat, or puppies can use Jacobson’s Organ to find their mother’s milk.

For this study, it only took researchers eight weeks to train the beagles to use their noses to detect lung cancer, and the dogs were ultimately be able to accurately identify lung cancer biomarkers, compared with healthy controls, in 97% of cases. This method has the potential to be quick and accessible, compared with other forms of testing, but the scientists say further study is needed before this method becomes mainstream. Researchers say they also want to see more studies show whether the beagles can detect recurrence of lung cancer during chemotherapy or lung cancer in the presence of other diseases, like diabetes. This study is groundbreaking because it provides health care professionals with an alternate method of cancer diagnosis, one that may even be more effective than traditional methods like the CT scan or chest x-ray.

There are so many ways that animals can help with healing. Horses can help provide mental health treatment and service animals can perform tasks for their disabled owners. Early cancer detection is just one more inspiring way that scientists are exploring the connections between humans, animals, and medicine.