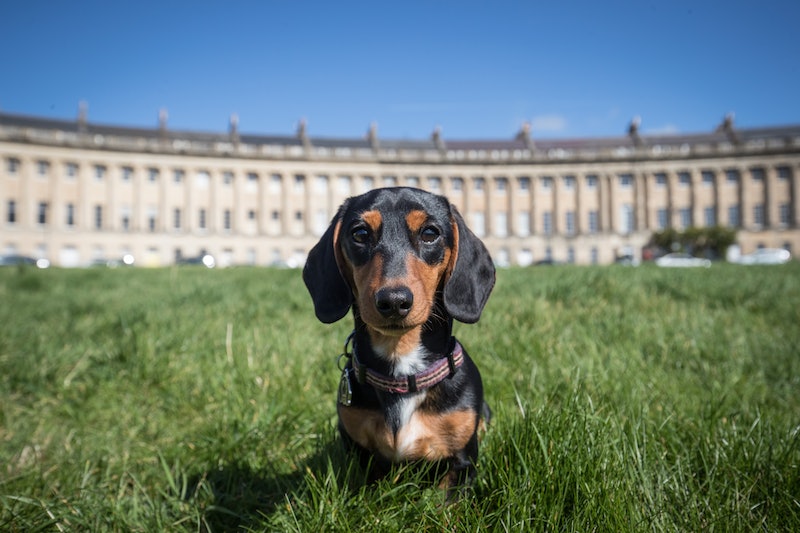 It’s no secret to pet parents that when it comes to dinner, walks, and treats, fur babies definitely know when you’re running behind schedule. Well, as it turns out, your observations about your pup’s awareness of time are totally accurate. According to new research from Northwestern University, dogs can judge time thanks to a previously undiscovered set of neurons in their brains — and they definitely know when they’re being kept waiting.

“Does your dog know that it took you twice as long to get its food as it took yesterday? There wasn’t a good answer for that before,” lead study author Daniel Dombeck said in a press release. “This is one of the most convincing experiments to show that animals really do have an explicit representation of time in their brains when they are challenged to measure a time interval.”

According to U.S. News & World Report, researchers tested this theory out by performing an experiment called the virtual door stop. The experiment involved a mouse running on a treadmill in a virtual reality environment. The mouse then learned to access a virtual door with a treat behind it. After running down a hallway to get to the door, and then waiting for six seconds, the door opened and the mouse could then collect its reward. After several practice sessions, researchers then made the door invisible. Interestingly, even though the door disappeared in virtual reality, the mouse still ran to it and waited for six seconds before grabbing its snack.

“The important point here is that the mouse doesn’t know when the door is open or closed because it’s invisible,” said study co-author James Heys in the press release. “The only way he can solve this task efficiently is by using his brain’s internal sense of time.” So, if your fur baby seems annoyed with you for serving breakfast late, well, that’s because they are.

In addition to the door stop test, researchers also watched the mice’s brain activity via high resolution imaging tests, and found that “[a]s the animals run along the track and get to the invisible door, we see the cells firing that control spatial encoding,” Dombeck said in the press release. “Then, when the animal stops at the door, we see those cells turned off and a new set of cells turned on. This was a big surprise and a new discovery.”

And not only does this new study shed light on why your dog is such a stickler for schedules, it also may help researchers better understand neurodegenerative diseases like Alzheimer’s. “We could start asking people to judge how much time has elapsed or ask them to navigate a virtual reality environment — essentially having a human do a ‘door stop’ task,” Dombeck said.

For now, though, remember this research next time your pupper's home alone for the day — they're probably as antsy for you to get home as you are to see them, too.