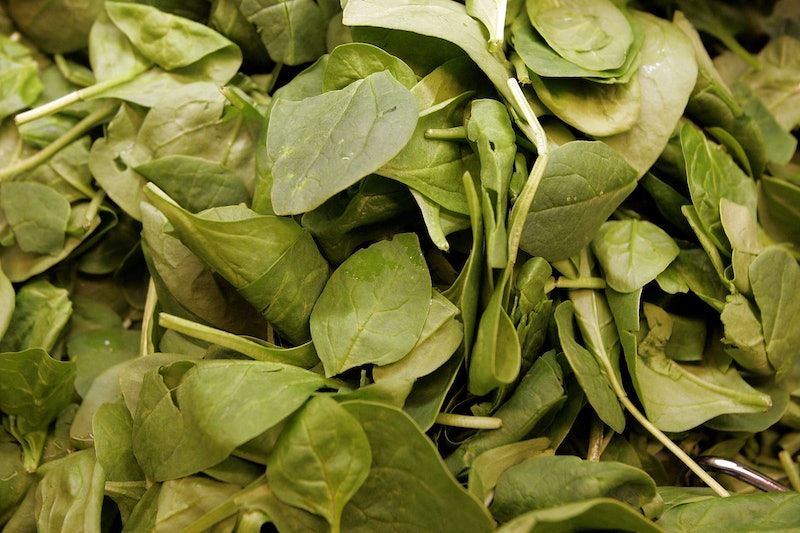 If you love your greens, the latest news might require you to take a look in your fridge. Dole voluntarily recalled some baby spinach packages that were available in a handful of states earlier this summer, due to concerns about salmonella contamination. To be clear, no illnesses have been reported from the product — but you should still double check whether you bought the bags that are at risk or not.

The press release reads in part,

This precautionary Recall notification is being issued due to a sample of Baby Spinach which yielded a positive result for Salmonella in a random sample test conducted by the Department of Agriculture in Michigan ... The illness primarily impacts young children, frail or elderly people, and others with weakened immune systems. Most healthy adults and children rarely become seriously ill after exposure to Salmonella.

If you want to check your own spinach bags to see if they add up, you can look for the lot code and the use-by dates, both of which can be found on the top right corner of the bag, according to the FDA. As CNN notes, the product should no longer be available in grocery stores, so you don't have to feel stressed out about accidentally buying a bag. You only have to make sure your bags at home aren't a part of the recall.

Per Dole's statement, the following states carried out distribution of potentially affected bags of spinach: Illinois, Indiana, Kentucky, Wisconsin, Michigan, New Jersey, New York, Ohio, Tennessee, and Virginia. So in general, if you purchased a Dole bag of spinach from one of those states in the last few weeks, you should definitely check the lot code and use-by code. And if you're not sure about whether to eat it or not, you should throw it out just to be safe.

According to the Centers for Disease Control and Prevention, salmonella causes 1.2 million illnesses every year. Within those 1.2 million, it leads to 23,000 hospitalizations and 450 deaths annually on average, the center reports.

Symptoms from the bacteria (which usually occurs as a food borne illness) include: diarrhea, nausea, stomach pain, vomiting, and other types of discomfort. CNN notes that these symptoms usually happen within eight hours of eating the affected food.

Unfortunately, there's no real way to tell if your spinach is carrying strains of bacteria just by looking at it or touching it. And according to USA Today, that's one of the hazards of eating fresh produce: there are plenty of opportunities for bacteria to infect food, through contact with animals or manure or other types of wildlife. That's not to say you should be concerned about eating literally anything that's fresh — in fact, one professor told USA Today in January that most food is "as clean as possible." Keith Schneider, a professor of food science and human nutrition at the University of Florida, said to the publication,

Stuff is grown in nature outside. It can't be bacteria-free, virus-free, parasite-free. We do our best. The farmers jump through a lot of expensive hoops to make the food as clean as possible, but nature can intervene.

If you don't have the specific bags of spinach Dole is referencing, don't sweat this recall too much. And to learn more about which foods pose a higher risk of containing salmonella, you can check out this breakdown by the Mayo Clinic.